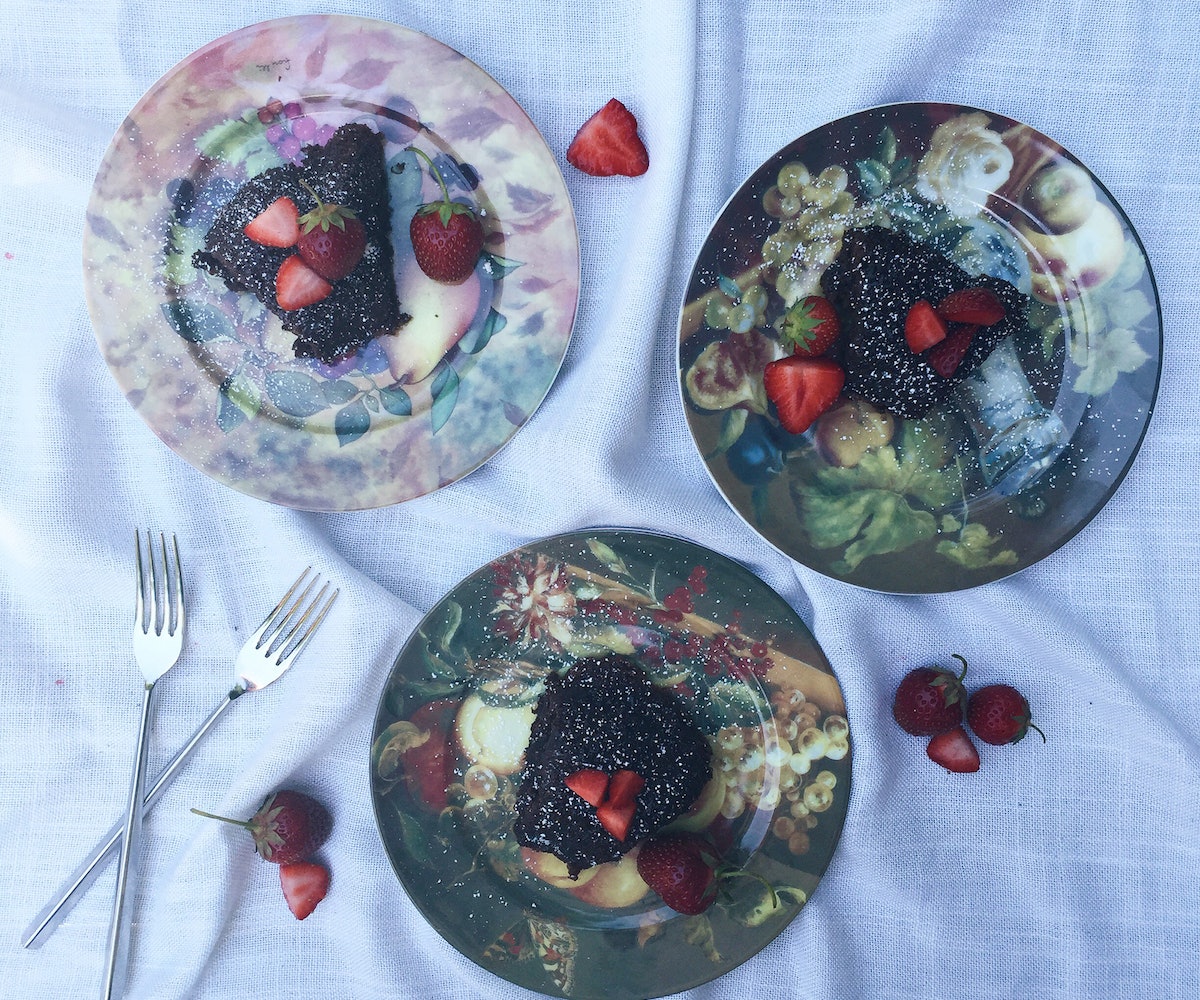 There are numerous substitutions that can turn typically dairy-heavy baking vegan. Applesauce, tofu, soy, flaxseed, and bananas are all ingredients that can be worked to stand in place of an egg or milk. And now another unsuspecting substitute can be added to the list.

If you haven’t heard in recent foodie news, our compassionate vegan friends have innovated a new way to bake without causing any animals harm. You know that garbanzo bean can idle in your pantry? It’s actually a stealthy 2-for-1 ingredient. The water you’re told to drain from canned chickpeas is called aquafaba, and it can actually be used beyond the sink’s plumbing.

Whipping chickpea water into a meringue might not sound like an appetizing idea, but add a little sugar and you’ll be licking the batter out of the bowl like cookie dough. There are numerous ways to incorporate the ingredient into your daily cooking, but we thought, Why not make a cake?

Preparing this chocolate aquafaba sponge cake doesn’t require a large chunk of your time. And in the end, you’ll be rewarded with a large chunk of vegan goodness. To ease kitchen anxiety, measure out all ingredients before their time to be used comes. This way you won’t break a sweat even when your oven reaches 350 degrees F. For this recipe, you’ll need a stand mixer, a hand mixer, or the sheer force of your forearms and a whisk. The whipped aquafaba substitutes for whipped egg whites and makes for a cloud-like cake consistency that feels light but tastes indulgent. What are you waiting for? Get baking with the recipe below.

3/4 cup aquafaba (about 1 can of drained chickpeas)