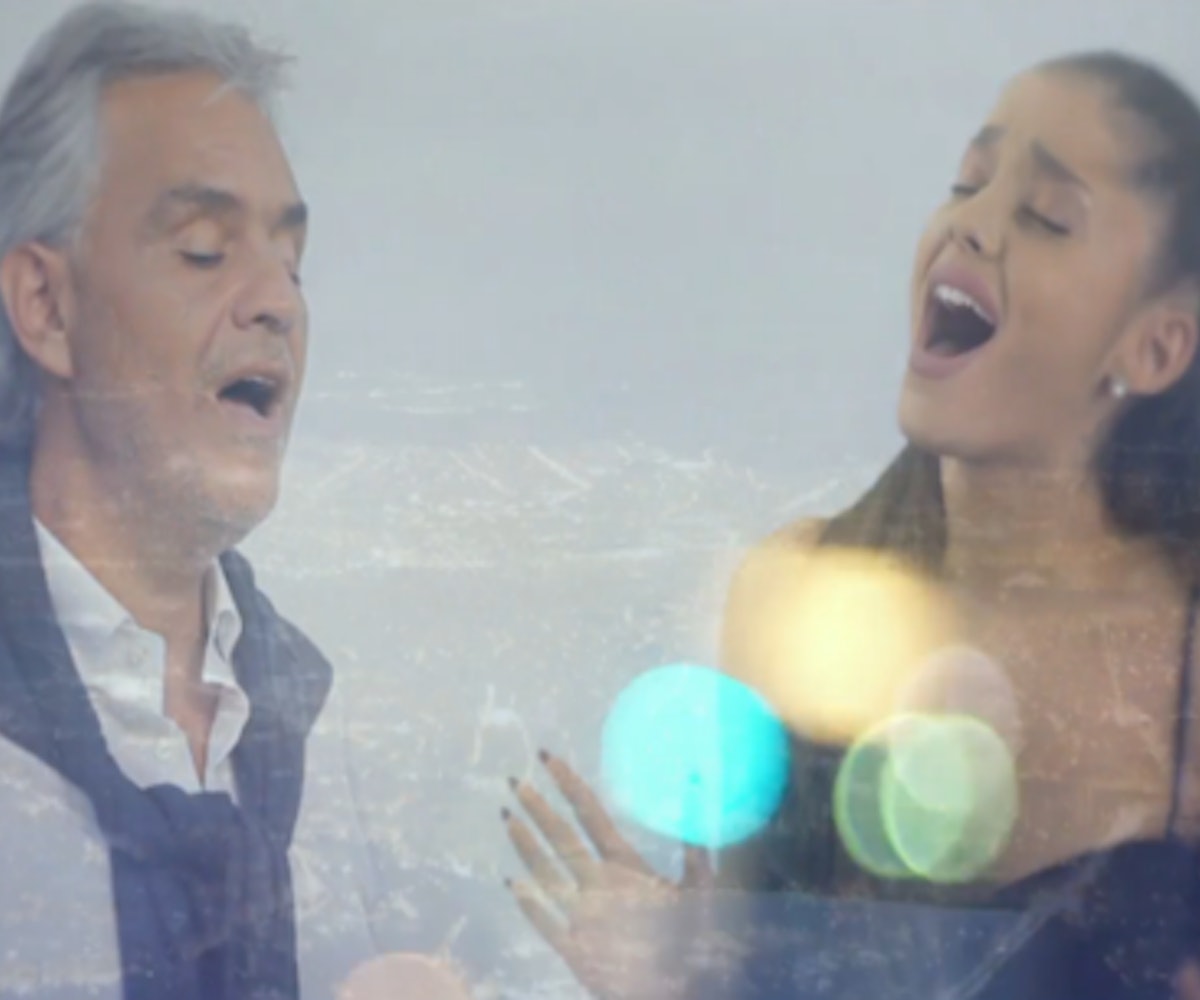 Ariana Grande has put her pop chops on hold and decided to bust out her Italian in a duet with the one, the only Andrea Bocelli. Together, the two sing a beautiful cover of ”E Più Ti Penso” from the original 1984 film Once Upon A Time In America. The song is featured on the classical tenor’s forthcoming album, Cinema.

In the charming music video, Bocelli roams the grounds of the Castel Sant’Angelo in Rome looking super-fresh in a white button-down with a navy sweater tied around his neck, casually draped on his back—Ari stares longingly at Tokyo over the ancient Sensō-ji temple wearing a black bustier-style top and shimmering white maxi-skirt, looking like the princess that she truly is. The whole production channels some major “A Whole New World” vibes with the dramatic landscapes of the two cities rapidly transitioning from night to day. (You know they’ve hit peak performance when the cherry blossom petals gracefully fall…)

It’s a weird combination to say the least, and yet it feels so right. Perhaps this collaboration will serve as Ariana’s entryway to the world of opera? While we don’t have a clue as to what they’re actually saying, we highly recommend watching the cinematic masterpiece above anyway. It’s v. inspiring.