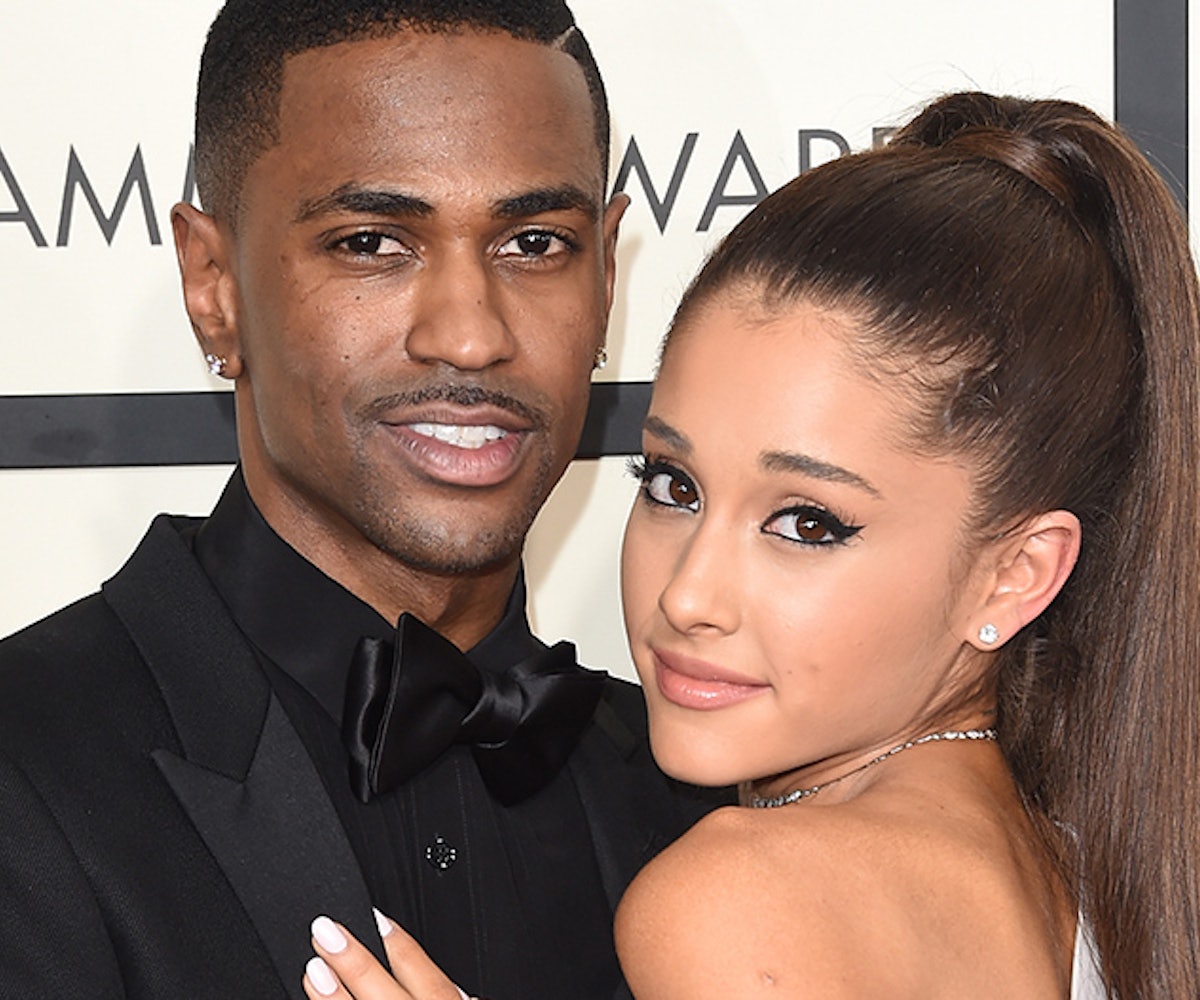 This is the part where we say we don’t want to believe this news: Us Weekly has confirmed the split between Ariana Grande and Big Sean.

After eight months of dating, the two have amicably gone separate ways. In a joint statement to Us, their reps explained how both still “deeply care for each other and remain close friends.” A source close to the couple revealed they had called it off a couple weeks ago, which would explain the cryptic tweets both Big Sean and Grande sent out. He said, “Just know I love u and I care for ya” on April 4; Grande tweeted “love u babes” the following day. The anonymous source cited conflicting touring schedules as the reason for the breakup.

Speaking of tours, Grande performs in front of massive projections of Big Sean’s face during her tour. How this split will affect that is up for debate. Their reps have asked “that the media respect their wish for privacy regarding this personal matter at this time,” though. Either way, it looks like Grande’s free to become who she really are now.