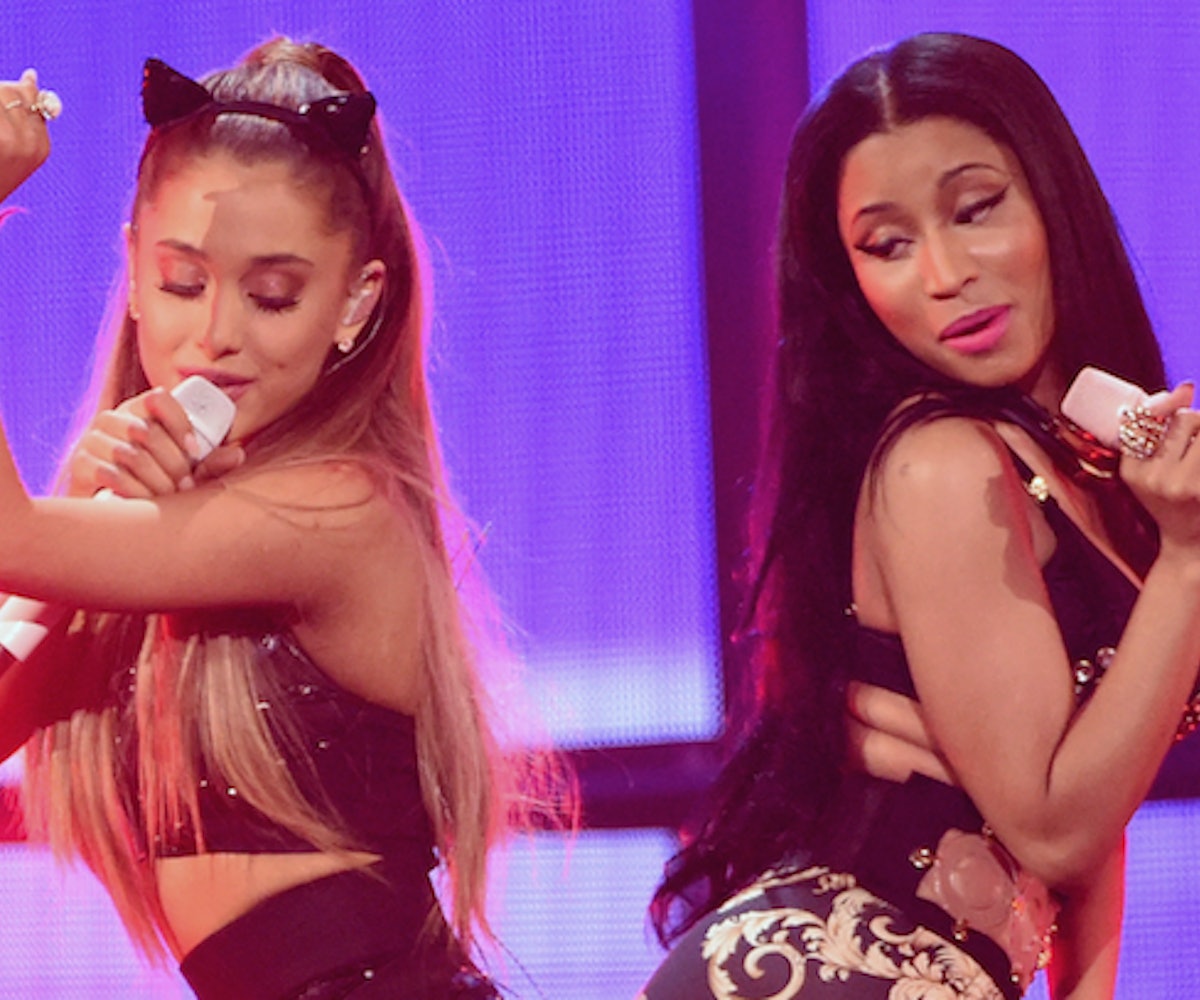 It looks like Drake may be featured in Ariana Grande and Nicki Minaj's new song. The Dangerous Woman singer, who recently posted a short snippet of Minaj's verse in "The Light Is Coming," is being met with eyeball emojis everywhere after fans read cryptic comments from Drake as proof of his feature on the song. The new track was previously teased in her “No Tears Left To Cry” music video and at the Billboard Music Award Performance.

After the Toronto rapper commented with a lightbulb emoji on one of Grande's Instagram posts, people began to think he'll have a verse on the upcoming song. The rumor was met with even more suspicion after Minaj responded to Drake's comment with a "shhh" emoji. Previously, Minaj and Grande worked together on songs "Side to Side" and "Bang Bang," and Minaj and Drake last collaborated on her 2017 single "No Frauds."

There's currently no word on when the song will be out, but when it does, it'll be the second single off of her forthcoming record, Sweetener. You can see a teaser of the track, below.