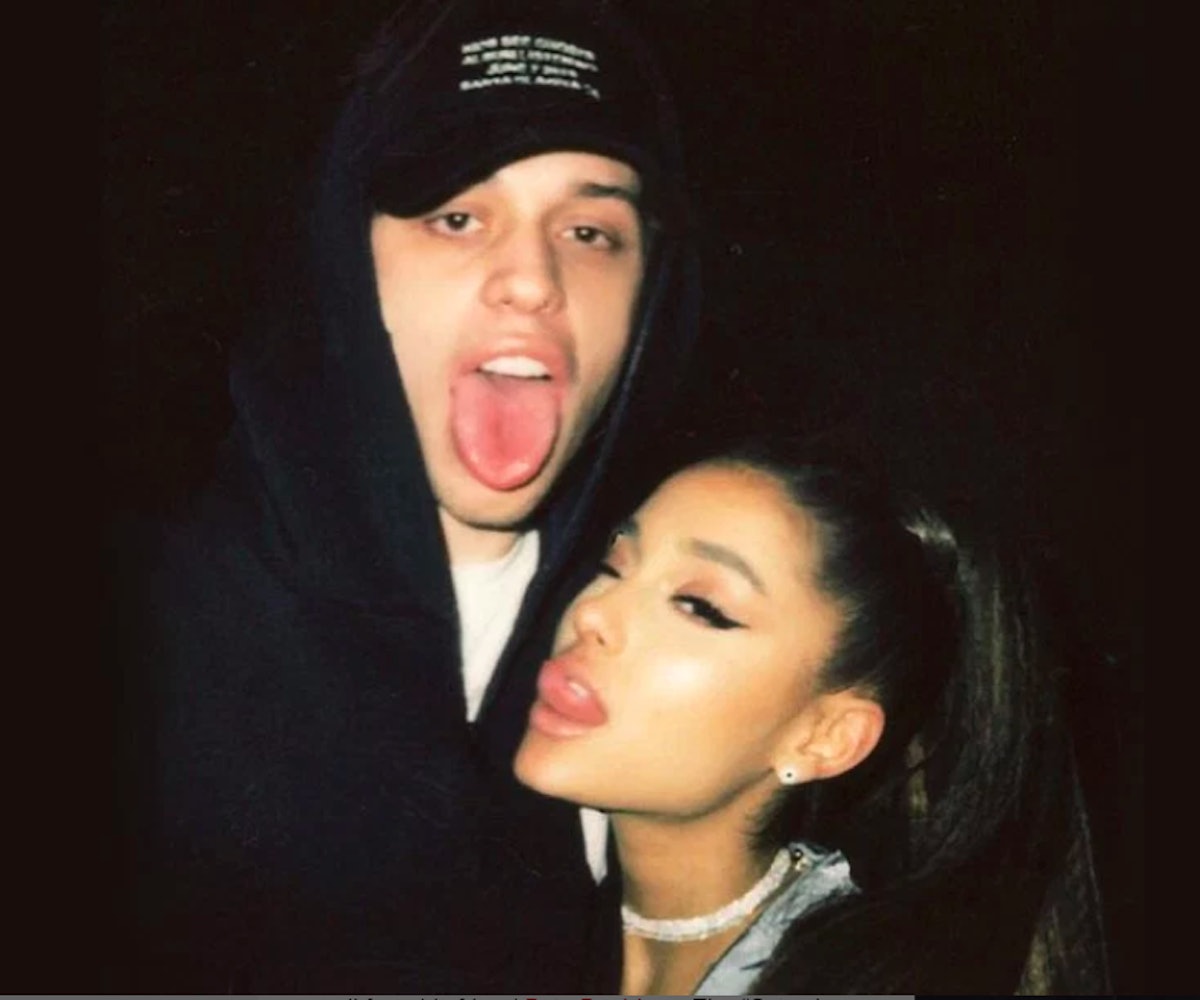 To mark the occasion, she and fiancé Pete Davidson kicked it at a private karaoke lounge inside NYC's Frames Bowling Alley. Turns out, Grande has not only found love but also a perfect duet partner in Davidson. The couple joined together to sing Evanescence’s hit song “Bring Me to Life” (she obviously has a thing for the band) at the party. We know, it's amazing!

The performance was captured on Grande’s Instagram story, and the singer's friend Doug Middlebrook posted videos of their performance with the caption, "Some children had therapists, some children had this song in their CD Walkman." Also on the setlist was Beyoncé’s “Love on Top,” and Eminem’s “Superman” that Davidson showed off his rap skills to.

With a group of 28 friends, including the singer's brother Frankie and Queer Eye's Antoni Porowski, they sang their hearts out for three hours and ate a birthday cake featuring a picture of Grande as a baby. There was also a 40-pound piñata cake filled with rainbow candy and sprinkles. After everyone sang happy birthday, the gang moved to a private VIP bowling area and chilled until 1 am, drinking and eating pizza and sliders. And, of course, they bowled.

Check out a highlight of the celebration, below.