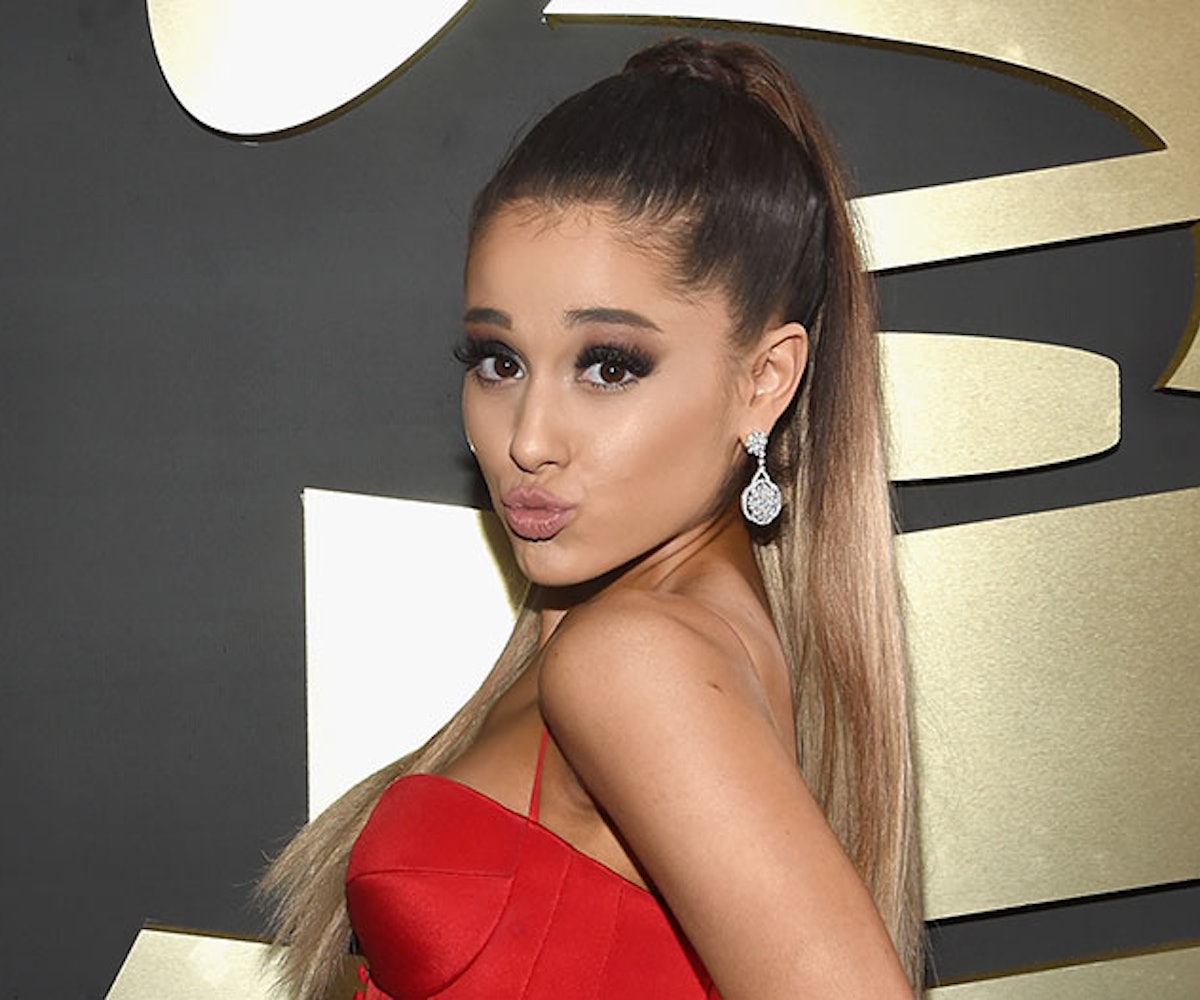 Wearing red to a red carpet is a bold choice. It should go without saying that you run the risk of becoming the carpet. The line between fabulous and ridiculous is a thin one, but Ariana Grande knows how to walk it. See her full-on rouge look at the 2016 Grammy Awards. Like Rihanna in 2013, the "Break Free" singer nailed it. The Romona Keveza gown is a showstopper. It could easily have worn her, but that's not the case. Of course, Grande's hair was tied in a high pony, but this time, she added a dip-dye. It worked. Grande won't be performing tonight, but she'll be presenting. Fingers crossed she doesn't make a wardrobe change, so we'll get to see this gown in action.