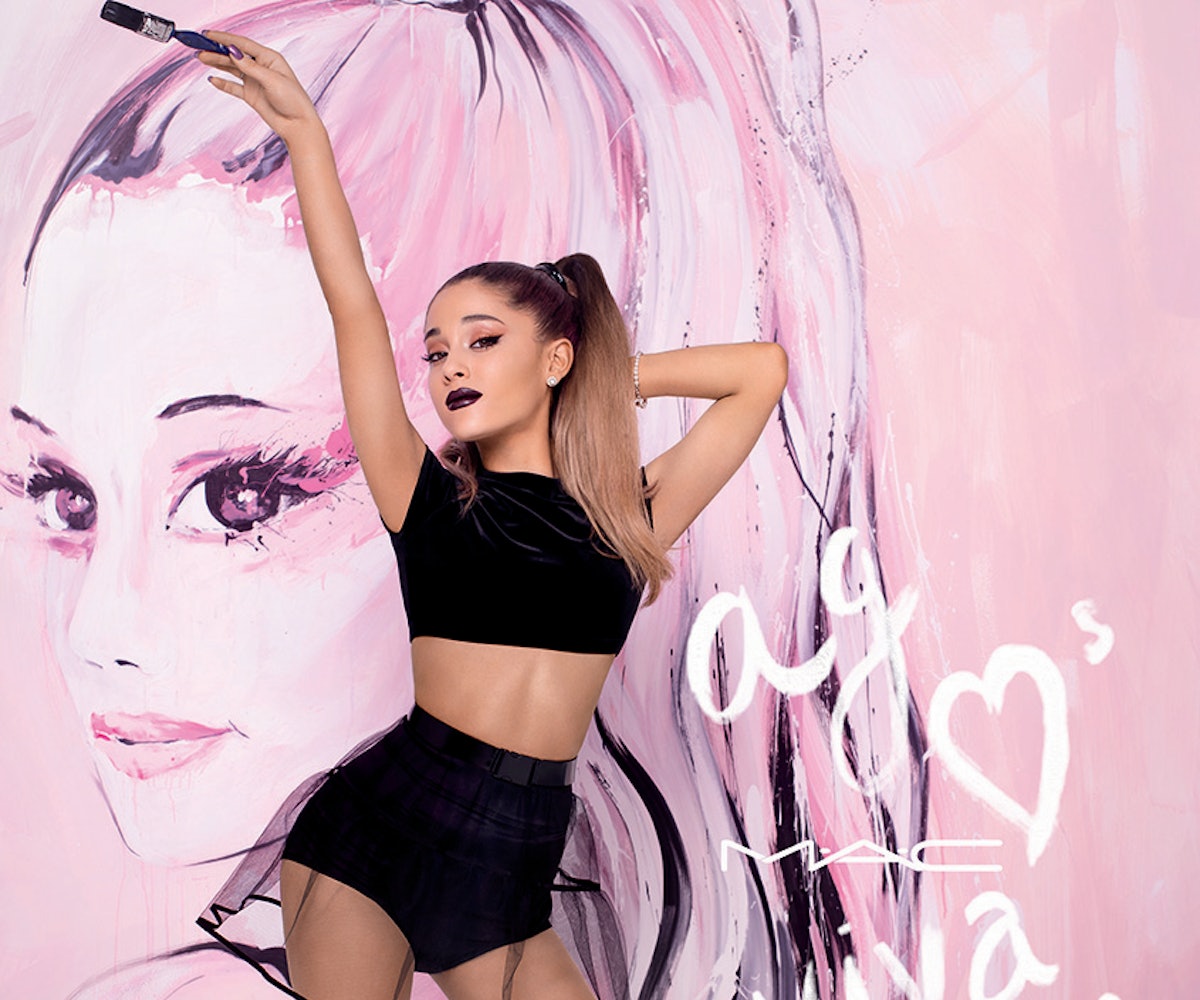 Pop princess Ariana Grande is the newest face of MAC’s Viva Glam campaign. Succeeding other major pop stars such as Miley Cyrus, Rihanna, and Lady Gaga, Grande’s new collection launched this morning. Her exclusive line, which we’ve been anticipating since she announced back in October, consists of two products that are exactly what we would expect Grande to co-create with the brand: a dark plum matte lipstick and a sparkly pink lip glass—both of which embody the pop star’s good girl/bad girl personality.

Not only are both shades super pretty and versatile enough to be worn alone or together (who doesn’t love a vampy and sparkly lip?), but 100% of proceeds go to men, women, and children affected by HIV and AIDS. The collection dropped online this morning, but will be available in MAC Cosmetics stores from January 21st to February 1st of next year.

NEXT UP
Beauty
12 Lunar New Year Beauty Releases To Ring In The Year Of The Rabbit
Beauty
Otherland’s New Candle Collection Is A Sensory Time Capsule Of The ’90s
Beauty
Pat McGrath Just Dropped A Romantic New Makeup Collection Just In Time For Valentine’s Day
Beauty
Megan Fox Is Completely Transformed By A New Blonde Bob
Style + Culture, delivered straight to your inbox.