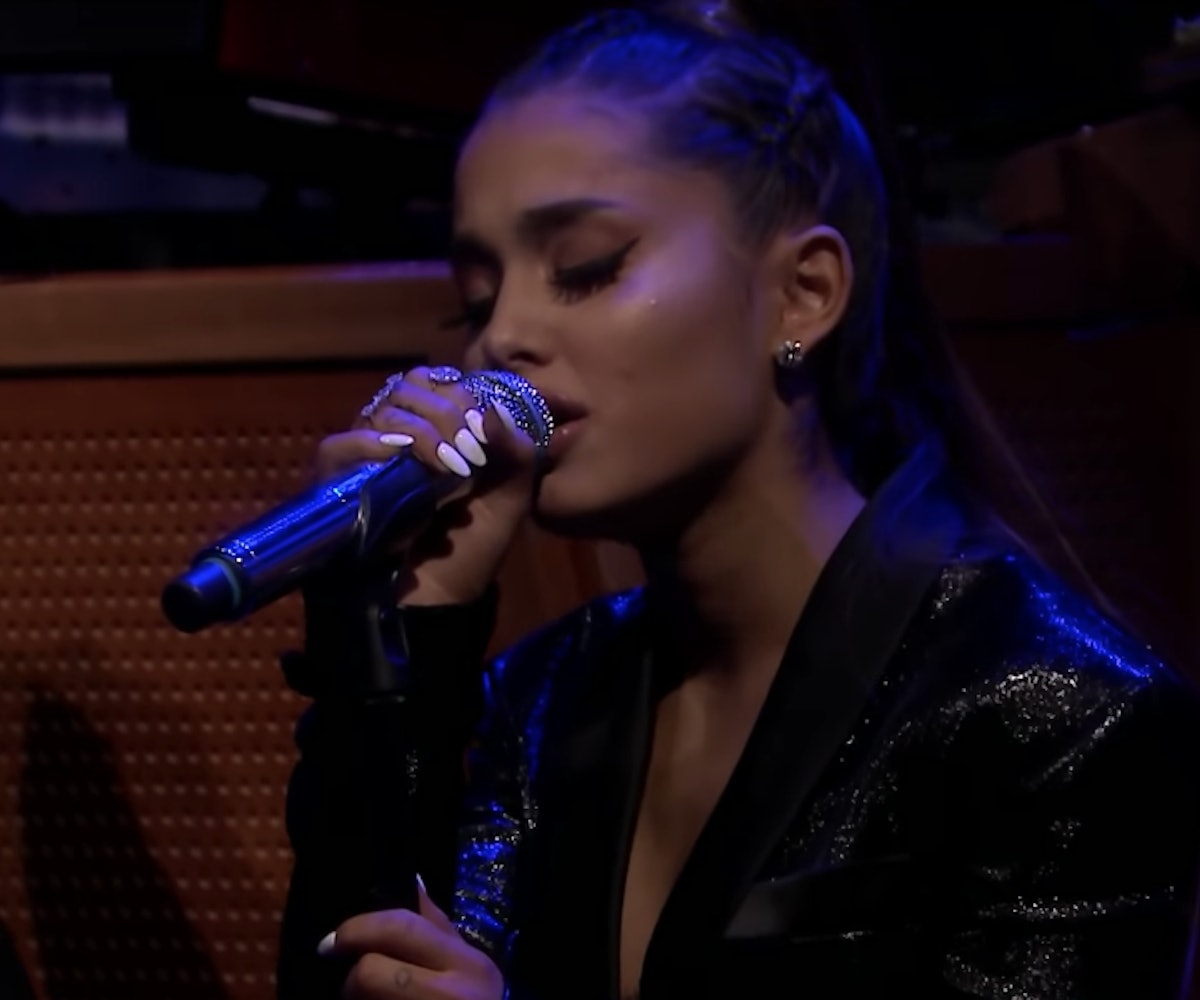 During her appearance on The Tonight Show Starring Jimmy Fallon, Ariana Grande performed a soulful rendition of Aretha Franklin’s “(You Make Me Feel Like) A Natural Woman.”

She opened the show with the beautiful cover backed by The Roots. Grande was already scheduled to appear on the late-night show to promote her new album Sweetener (out today!), but the performance was reportedly a last-minute addition following the legendary singer's unexpected passing. According to Variety, the singer had to be convinced by Questlove to go through with it, saying that she was “too emotional” to sing. After receiving a standing ovation, the “No Tears Left To Cry” singer, reportedly, left the stage in tears.

Later on in her appearance, Grande reminisced about the late "Queen of Soul" with Fallon. “I met her a few times. We sang at the White House and she was so sweet, she was so cute,” Grande said of meeting Franklin for the first time. “It’s an honor to have met her.” She goes on to recall another memory: “She called me one time, it was one time only, and she goes, ‘Hi, it's Aretha.’ I’m like, ‘Franklin?'”

Grande also posted a picture of her with the singer looking quite smitten.

“Forever,” she captioned another post of Franklin belting out “Say A Little Prayer.”