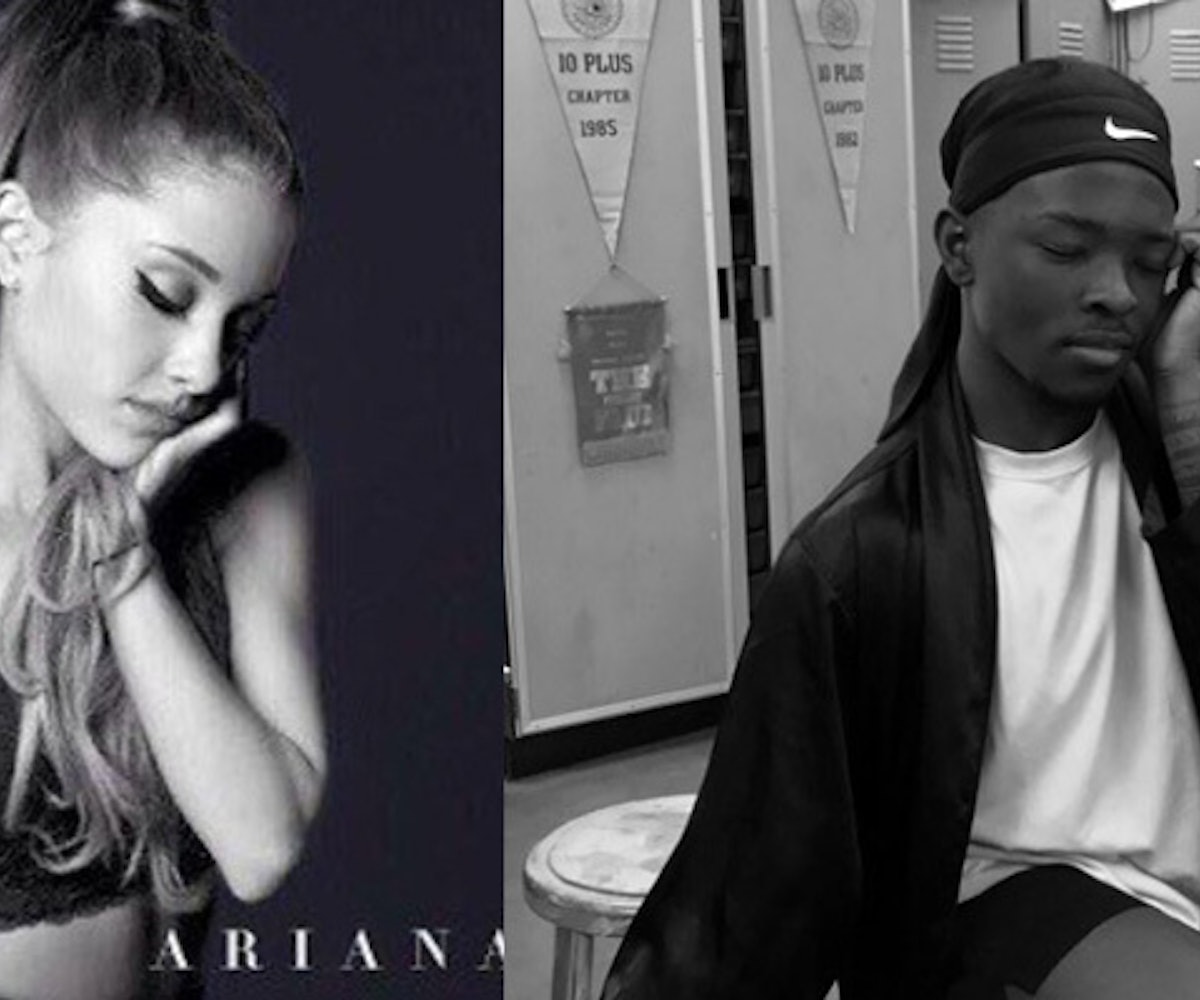 BuzzFeed employee Jesse McLaren decided to recreate the cover of Ariana Grande's 2014 album, My Everything. On it, Grande is perched on a white stool in a position that looks really uncomfortable—if not physically impossible. And yet, at the same time, she's in a deep, peaceful sleep. How does she do it? As one does, McLaren attempted to find out.

"I've done the research and there's no way her ass is sitting on that stool," McLaren tweeted, along with a photo of himself struggling to stay up on a wooden stool.

Grande seemed to enjoy watching his failed attempt. "Next week on mythbusters," she tweeted. The internet said, "Challenge accepted."

"Idk man I tested it out," someone wrote, along with a photo of them nailing the angel-floats-on-stool pose.

But, because it just wasn't angelic enough, that same person recreated the photo. "Pretty hurts," he wrote. "I remade it because I strive for perfectionist."

Some people really put in the effort and created makeshift sets.

And while he couldn't strike the pose, McLaren did recreate Grande's iconic ponytail, so there's that.