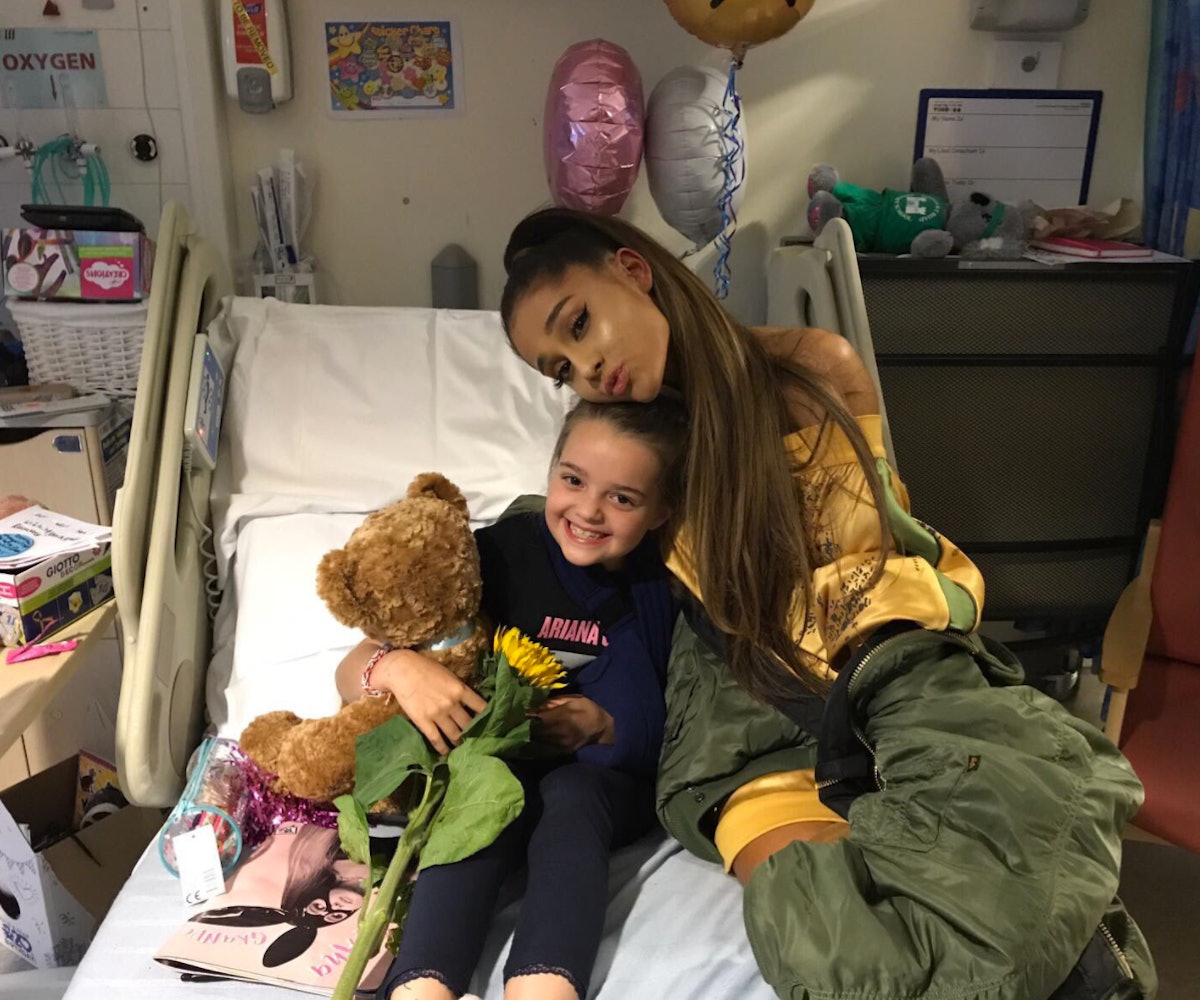 Ariana Grande returned to Manchester, England, one week after 22 people were killed and dozens injured in a suicide bombing at her concert. She's preparing for her benefit concert, One Love Manchester, with all proceeds going to the We Love Manchester Emergency Fund. Yesterday, Grande stopped into Royal Manchester Children's Hospital to visit with some of the victims of the tragedy.

"I got to meet my queen today," one fan, Jaden Mann, tweeted with photos of her and the singer, along with gifts Grande brought with her, like a teddy bear and an autographed T-shirt. Her father, Peter Mann, wrote of Grande's visit: "This means more to us than all the amazing things people have done this week... So happy she came I could burst! Never seen Jaden so happy; even cried again myself."

Grande autographed clothing, and even a crutch, for her fans and took selfies with them in their hospital rooms.

The singer posted a photo of herself on Instagram with one fan in her hospital bed, captioning it with a gold heart.

In addition to the concert proceeds benefiting the victims and their families, Grande's record label has also donated $500,000 to the Manchester fund ahead of the benefit. “The Universal Music Group global family is proud to stand with Ariana Grande and its other performing artists in their support for the victims and families affected by the Manchester attack,” the company said in a statement.