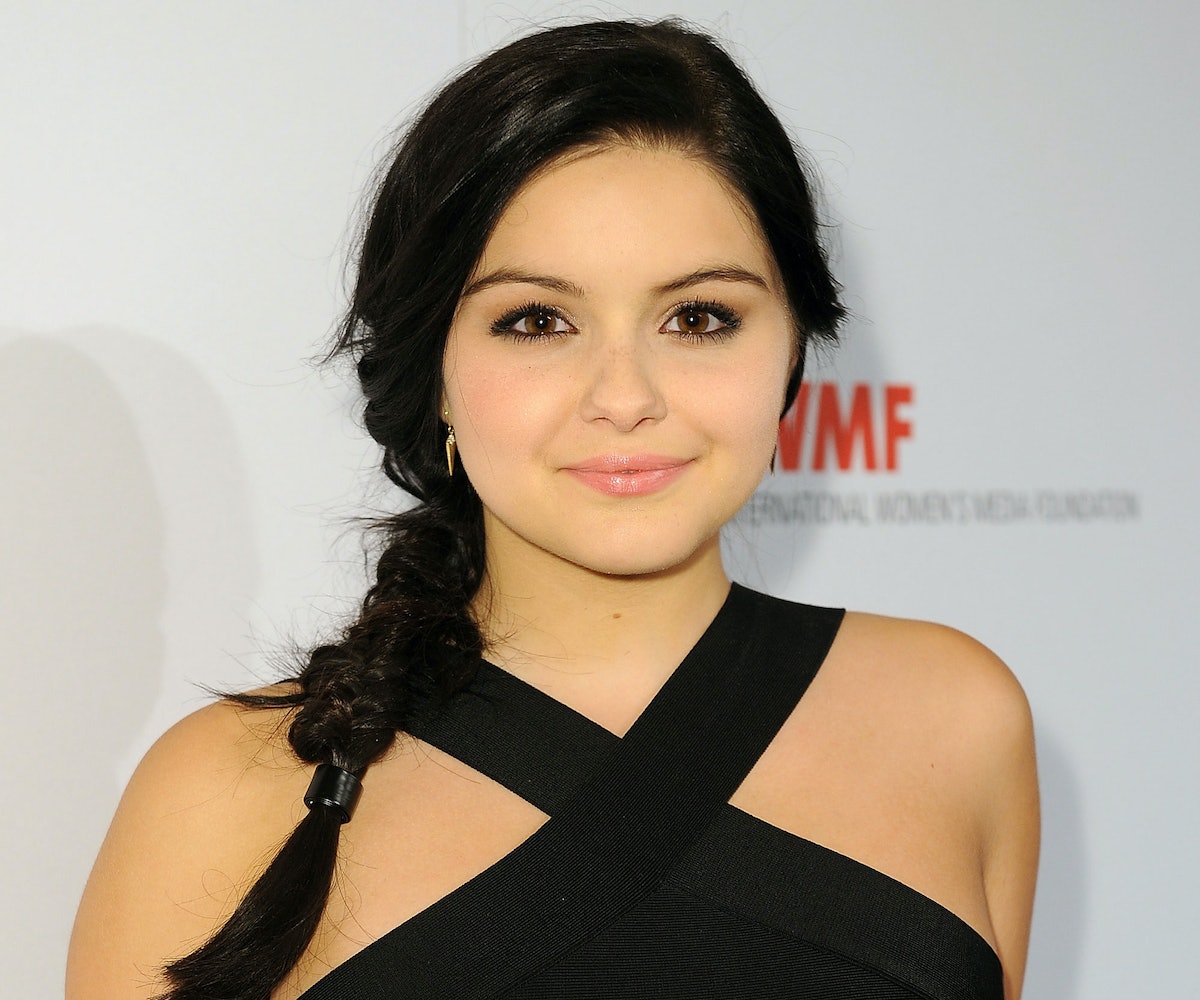 There are times when the Internet can spurt wonderful, majestic things, and there are times when it perpetuates ignorant, out-of-date values and ideas. And, unfortunately, on social media it can sometimes seem like the bad outweighs the good as commenters exercise their inflated sense of self. While there's certainly the choice to ignore what these trolls type out behind their smartphone screens, it's difficult to let these thoughts pass by, especially when they're violent in nature. So, when some people started commenting that Modern Family's Ariel Winter was "asking for it" by posting a photo of her in a bikini with her two young nieces, the 17-year-old actress decided to use her Instagram to promote a discussion among her 1.2 million followers.

Referencing the slut-shaming notes and gross, misogynistic remarks made about her body, Winter posted a photo of Rosea Lake's high-school art project, "Judgements," which confronts societal conjectures based on hemline length.

There has been a lot of debate about the various harmful implications of social media lately, from model Essena O'Neil's confession to Dounia Tazi's defense of it, and while the value of these platforms will never be clear cut, there's no denying that social media does give young women a platform to explore their own feminism and help fight against sexism. Thankfully.