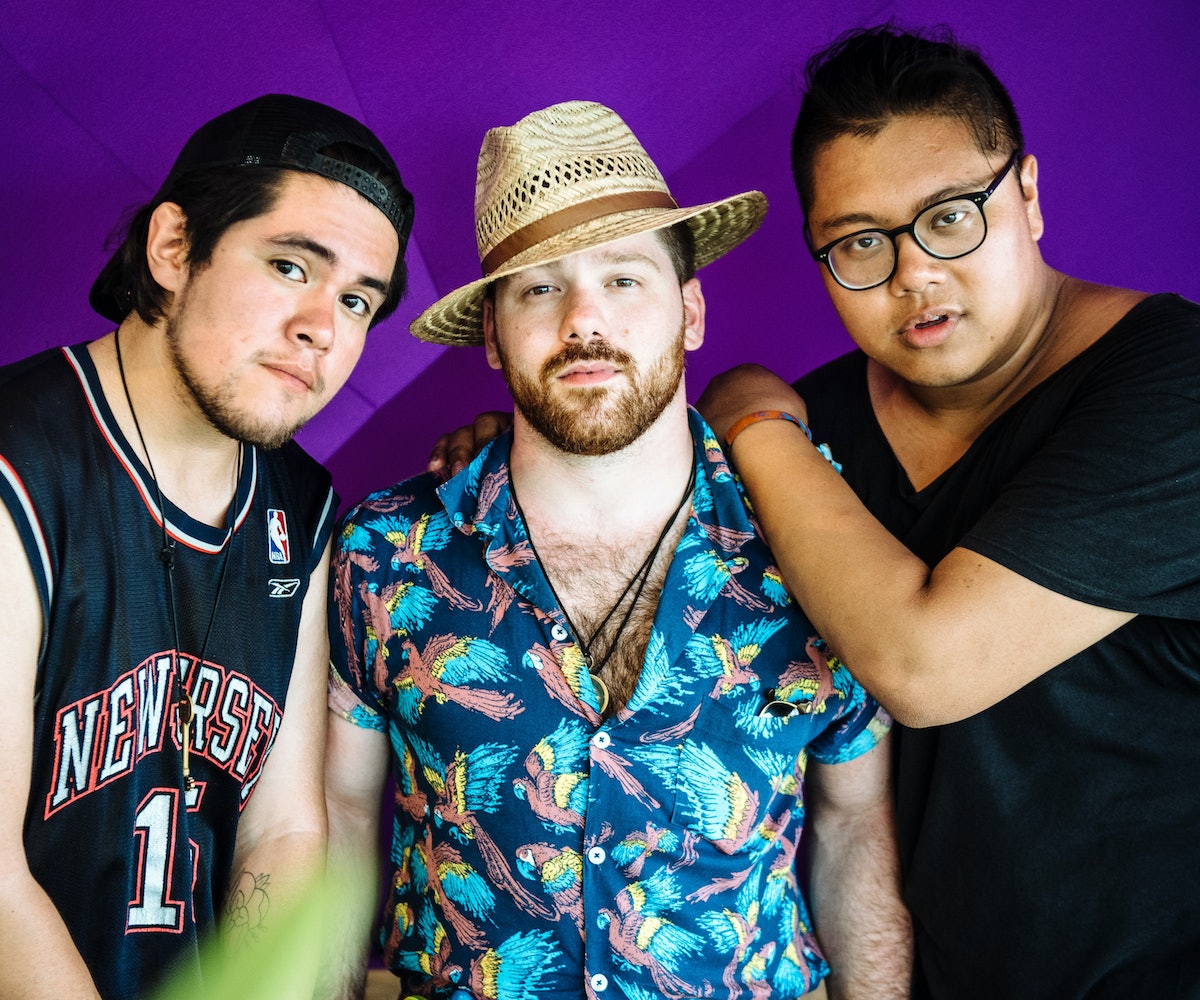 A R I Z O N A—made up of Zach Hannah, Nathan Esquite, and David Labuguen—make the kind of music that hits all the right spots at all the right times. Their debut album, GALLERY, is a sublime journey through our triumphs and the pitfalls; self-doubt, self-sabotage, self-assurance, and selflessness all run wild throughout its blissful 12 tracks. A R I Z O N A sounds like home, warm and humble; it doesn't take more than one listen to "Oceans Away," GALLERY's closer, to get it. And after kicking it at Hangout Fest this year, there's no question that their big sound is going to take them to big places. Make room for them in your life, A R I Z O N A is right where you want to be.

David Labuguen: Olivia Munn, because she’s dope. Honestly, though, my girlfriend and I both have her on our lists.

ZH: Maybe Coldplay. They’re a band that has done tremendously well doing what they love. I feel they’ve never been one sound or genre, but they’ve always sounded like them.

DL: Man romper. The RompHim, but only if the flaps are in the right spots. The concept seems great to me.

ZH: A dad hat or a Stormtrooper costume.

DL: We usually huddle up and say a little prayer. We don’t drink—

NE: We played an outdoor show once, and I was so comfortable, I decided to fuck shoes and not wear them anymore. I find I have better control over my pedal board when I’m not wearing them. It’s way more convenient.

NE: I feel like Zach would want to be in the medieval time.

ZH: Nah, dude! It’s romantic, but the quality of life sucked. I would probably live in the post-Depression era, minus all the shitty lack of equal rights.

DL: Definitely the ’60s or ’70s when mid--century modern was huge—purely for aesthetic reasons.

NE: ‘70s all the way because, low-key, I wish I had been a deadhead. All my favorite bands are from that time.

DL: I do a lot of domestic things, like clean the bathroom or wash the dishes.

ZH: I try not to be alone too much. I get too in my head. When I do find myself alone, I go down a click hole and educate myself.

What song off the album fits the following situation:Getting up in the morning?

DL: “Running.” It starts with a beeping noise, which sounds like an alarm clock. The song itself is about making it through the day.

ZH: We have a cool song on the album that’s just instrumental called “Not A Single Day (Interlude).”

NE: It’s got some sexy guitar stuff going on.

DL: I think that’s the baby making jam on the album.