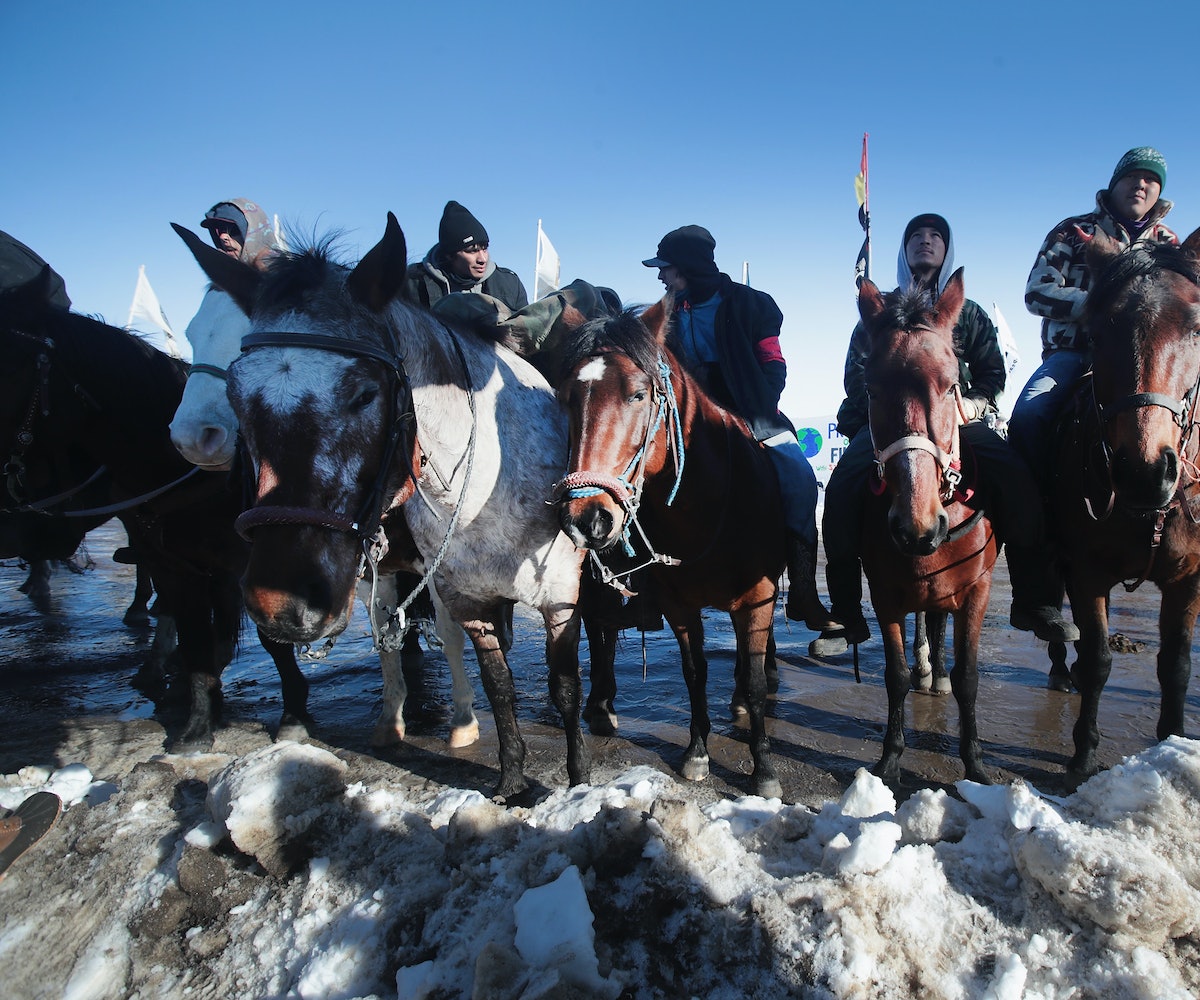 After months of protests, the Army Corps of Engineers decided that it would look for an alternate route for the hugely divisive Dakota Access Pipeline (DAPL). The news was a historic win for the Standing Rock Sioux and all those who joined them in their high-profile protest of the pipeline, which threatened to destroy their primary source of clean water.

"Today, the US Army Corps of Engineers announced that it will not be granting the easement to cross Lake Oahe for the proposed Dakota Access Pipeline," Standing Rock Sioux Tribal chairman, Dave Archambault II, said in a statement. "Instead, the Corps will be undertaking an environmental impact statement to look at possible alternative routes."

Archambault went on to praise President Obama, who was instrumental in the decision to stop construction. “We wholeheartedly support the decision of the administration and commend with the utmost gratitude the courage it took on the part of President Obama, the Army Corps, the Department of Justice, and the Department of the Interior to take steps to correct the course of history and to do the right thing," he added. "It took tremendous courage to take a new approach to our nation-to-nation relationship, and we will be forever grateful.”

The protests over the 1,172-mile pipeline, which began in August and continued despite dropping temperatures in the region, were often quite volatile and made international headlines after protesters and authorities engaged in clashes that included the use of tear gas and water hoses.

The DAPL also became a cause célèbre for many notable figures, including Bernie Sanders, who took to social media on Sunday to commend Obama. "I appreciate @POTUS listening to the Native American people and millions of others who believe this pipeline should not be built,” he tweeted. Shailene Woodley, who was famously arrested for protesting the pipeline in October, tweeted about the widespread jubilation that erupted in the region after the Army Corp’s announcement. “Soooo how many #NoDAPL babies you think are going to be made tonight?!” she wrote.

Interior Secretary Sally Jewell also praised the Army’s “thoughtful approach,” adding that it “underscores that tribal rights reserved in treaties and federal law, as well as Nation-to-Nation consultation with tribal leaders, are essential components of the analysis to be undertaken in the environmental impact statement going forward.”

Of course, even with this victory, the fight against the DAPL is not fully over. The impending administration of president-elect Donald Trump, who has financial stakes in the company building the pipeline, does not bode well for the anti-DAPL movement. But for now, people have every right to celebrate—if cautiously.