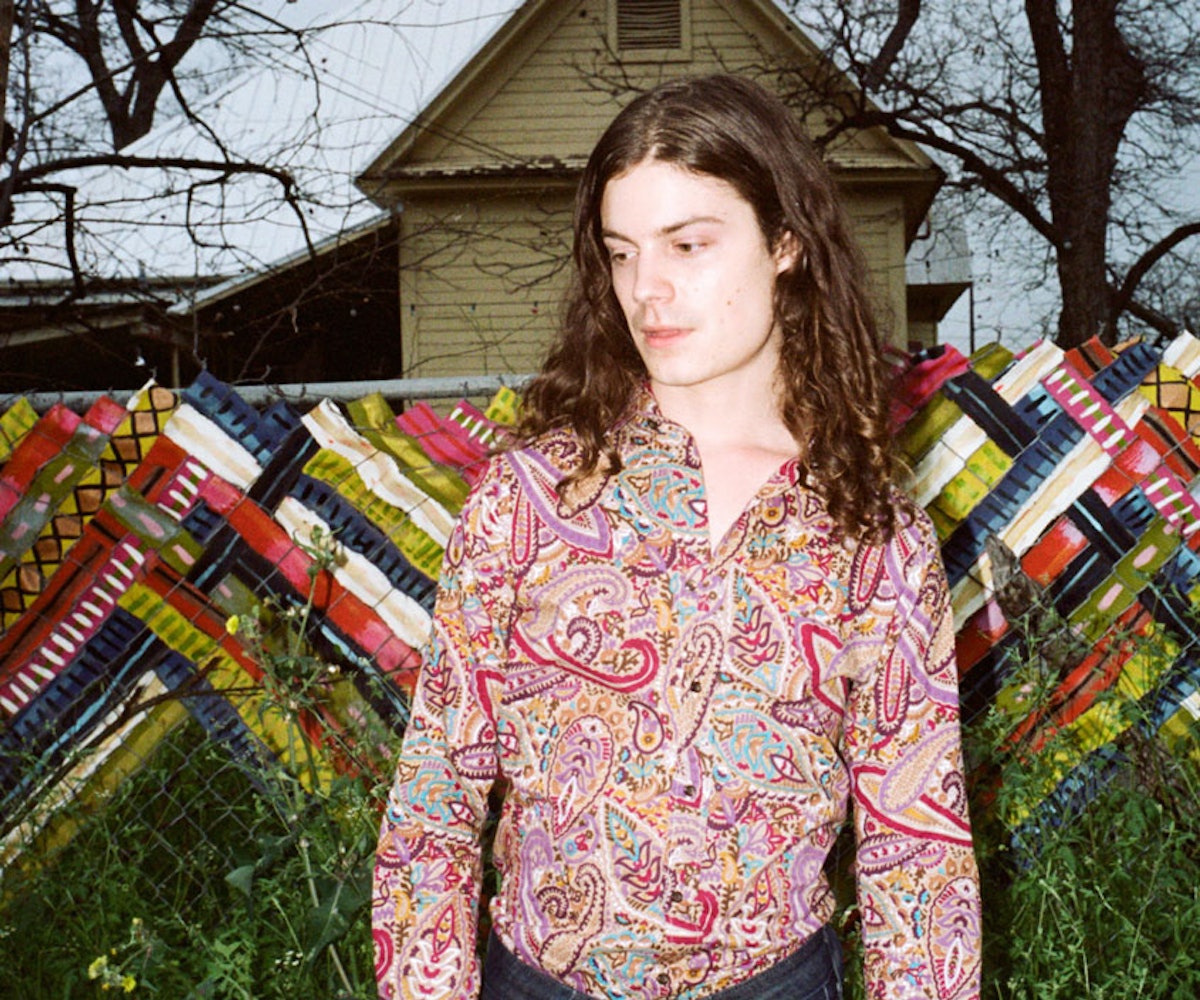 In our June/July Music Issue, we’ll be bringing you profiles on some of the biggest names in the industry—plus a roundtable discussion on feminism in music and 10 acts that we’ve got our eyes on, including Taylor Swift-approved musician, BØRNS.

On a bench swing in the yard of a house in Austin, Garrett Borns, a.k.a. BØRNS, spots two kayaks on a fence and suggests we escape the madness of SXSW for a spell. “There’s a nice river here,” he says. “Saw some people out earlier, actually.” But for an up-and-coming musician at the annual festival, there’s little chance of that. Aside from the thunderclouds rolling in, BØRNS has to be on a stage in about half an hour. No doubt his manager has her finger poised above the “request Uber” button, ready to go once we wrap.

HOME BASE: Los Angeles via Michigan. “I grew up with a big backyard that led to the sand dunes of Lake Michigan,” says BØRNS. “I was always playing in the woods—camping, climbing trees, and shit.”

WHAT’S IN A NAME: Practically, the slash through the O makes his surname more searchable, but really it was more of a stylistic decision. Plus, in Danish it means “children.”

SOUNDS LIKE: “I’ve been telling people that if Michael Jackson sang in Pink Floyd, it would be kind of like that, except it doesn’t sound anything like that at all,” says BØRNS. Except it kind of does.

THE BUZZ: When Taylor Swift called BØRNS’s “Electric Love” an “instant classic” on Twitter, it surely didn’t hurt. “I was thinking, ‘How the fuck do I have a thousand more followers?’” he says. “‘Why is my phone buzzing like crazy?’”

BACKUP PLAN: “I did a lot of magic shows growing up,” says BØRNS. “My dad is a graphic designer so he helped me brand myself and create a logo. So I was just rollin’ with the magician crowd for a while. But I was really young, 10 to 13, doing table magic and balloon animals at this Italian restaurant. You just walk up to tables, and people are like, ‘No, get away kid.’ But some were very excited about it—it was a really good experience just talking to people.”

COMING UP: In July, BØRNS will tour with Charli XCX and Bleachers. His full-length is slated for an October release.