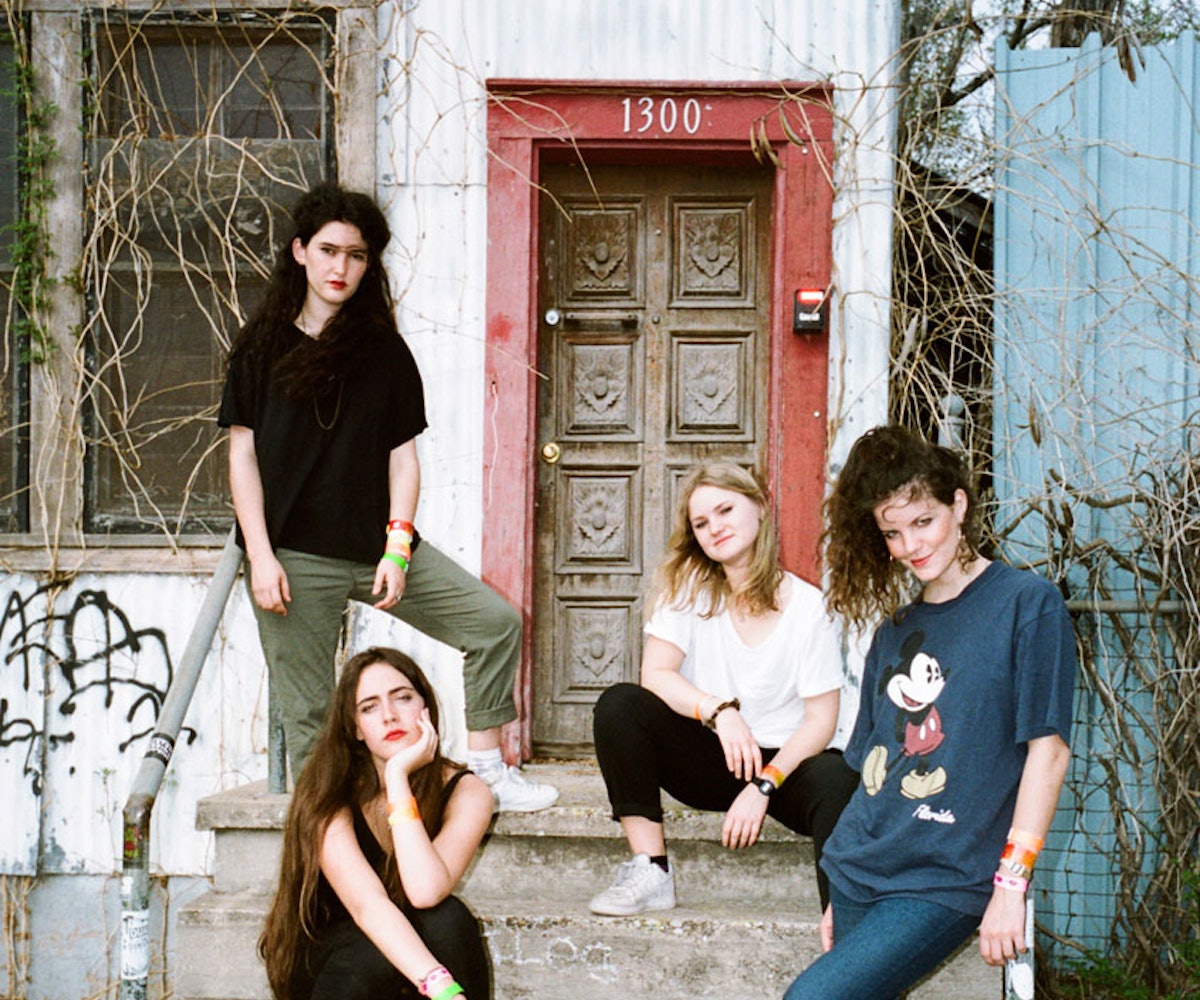 In our June/July Music Issue, we’ll be bringing you profiles on some of the biggest names in the industry—plus a roundtable discussion on feminism in music and 10 acts that we’ve got our eyes on, including garage rock, lo-fi band fka Deers, Hinds.

"I'd just broken up with my boyfriend, so Ana [Garcia Perrote] and I wenr to the Spanish coast with two guitars," says Hinds' Carlotta Cosials of the band's start. "Ana already knew three or four chords, so she taught me, and we played the same song again and again." Two summers ago, they were reminiscing and decided to start playing music again, but as a four-piece: "We gave our friend Ade [Martin] a bass for her birthday," continues Cosials, "then we met [Hinds drummer] Amber [Grimbergen] via the Internet, and that's it!"

WHAT'S IN A NAME: Hinds started out playing as Deers, but had to cease and desist after another band sent them a video of themselves playing under that name from 2006. "We didn't have time or money or brands to go to court and fight for something we would probably lose, so we just changed it," says Perrote. "Hinds means female deer."

THE BUZZ: While attempting to schedule this interview during the band's time in Austin for SXSW, their manager sent me a spreadsheet outlining Hinds' 16 showcases in six days (!) and asked me to claim a hole. "At some points you feel like, 'Oh my god, I am melting into this floor right now,' but you're happy at the same time," says Cosials of their many commitments. Perrote adds: "It's because you're exhausted by doing something that makes you happy."

COMING UP: The band's debut full-length is slated for a fall release.