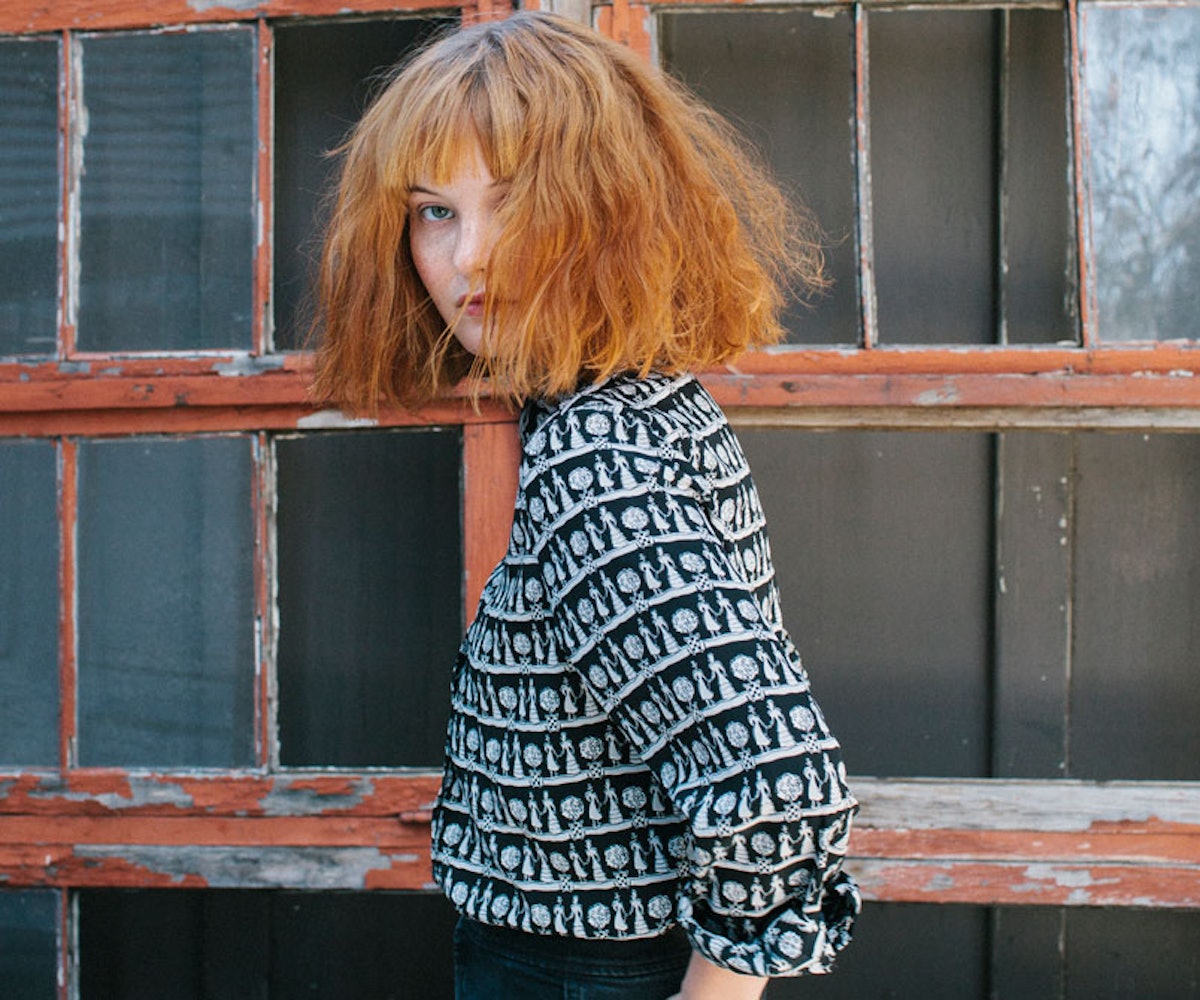 In our June/July Music Issue, we’ll be bringing you profiles on some of the biggest names in the industry—plus a roundtable discussion on feminism in music and 10 acts that we’ve got our eyes on, including Phoenix-born, Kacy Hill.

Historic footage of a spacecraft launching into orbit opens 21-year-old Kacy Hill’s video for her debut single, “Experience.” Pardon the obvious analogy, but this image aptly reflects Hill’s sudden and stratospheric rise after she posted the song online last fall. The Phoenix-born former American Apparel model spent her youth performing in orchestras and choruses, yet her songwriting is entirely self-taught. “If you were to tell a little kid to sit down at a table and write a song, that’s basically what it was,” she says of her process.

HOME BASE: “I moved to L.A. two and a half years ago—just packed up my car and left home with barely any money, and without knowing a single person out here. But I found this woman on Craigslist who was super nice, and I basically stayed in her living room for about six months.”

SOUNDS LIKE: Hill’s ethereal voice floats above electronic beats as she delivers pithy lines like “Freedom, a state of mind/ Sold to wandering eyes/ Substances controlled/ To protect the mind.”

THE BUZZ: Kanye West signed Hill to his label G.O.O.D. based on the sheer awesomeness of “Experience.”

UNDER THE INFLUENCE: “I grew up listening to The Cranberries, Moby, and Collective Soul, but I feel like now I’m into more funky stuff. St. Vincent is my musical idol. I think she’s a goddess.”

DREAM GIG: “I’d like to find an old venue and perform with a full orchestra—something understated but incredible.”

COMING UP: “I’m mostly focusing on making my album, moving toward more cinematic sounds and things that are heavy and feel inspiring.”