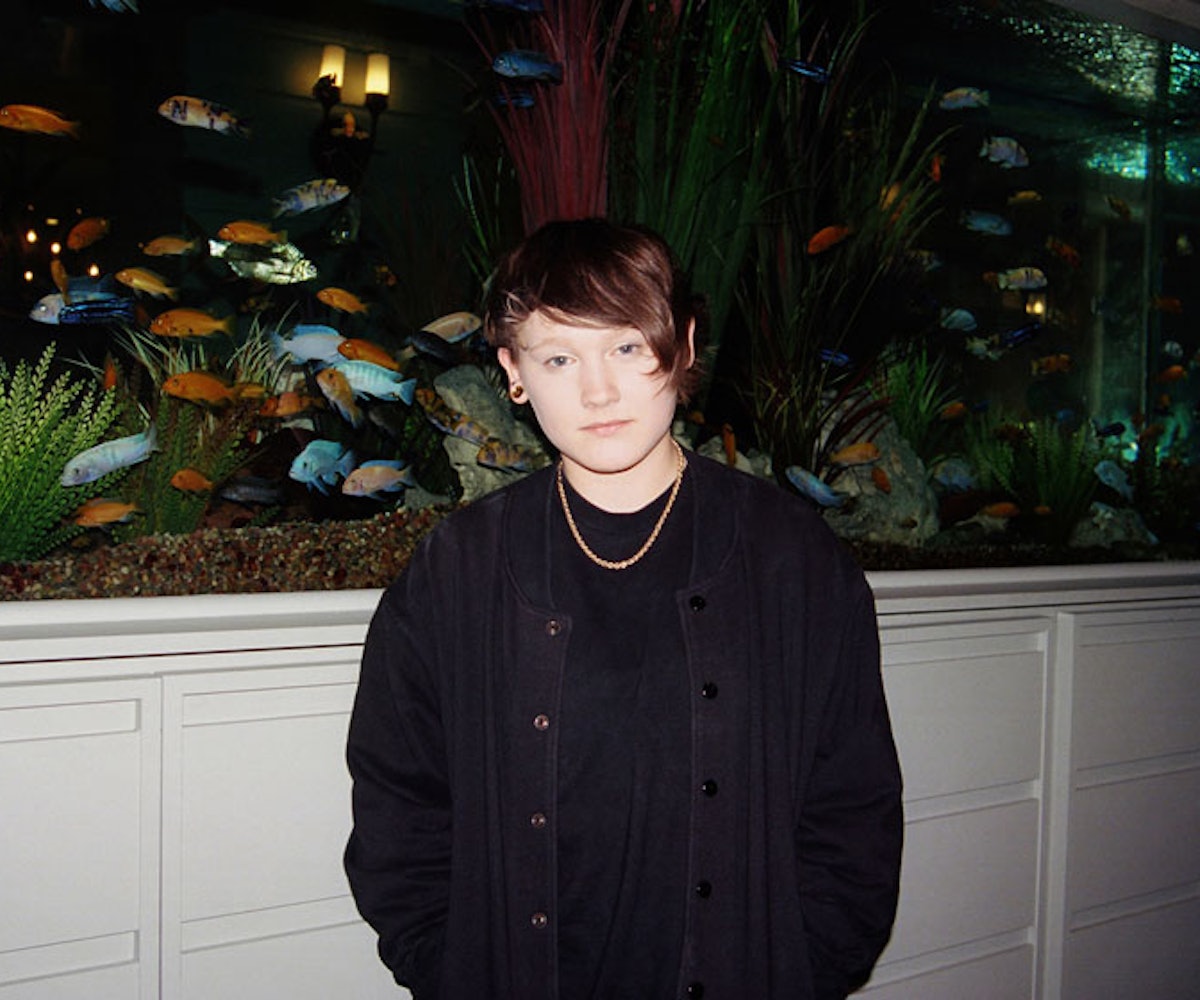 In our June/July Music Issue, we’ll be bringing you profiles on some of the biggest names in the industry—plus a roundtable discussion on feminism in music and 10 acts that we’ve got our eyes on, including 18-year-old singer, SOAK.

“Feels like a summit,” says SOAK (née Bridie Monds-Watson), taking a seat at a shiny wooden table below a Texas flag. The well-tatted singer-songwriter looks out of place in our Austin corporate-hotel surroundings, but seems to pluck an otherworldly confidence right from the ether—here, and later tonight, when the 18-year-old, with just a guitar and vulnerable vocals, manages to silence a rowdy bar crowd at 10 p.m. on SXSW Music’s kickoff night.

HOME BASE: Derry, Northern Ireland. “Usually, when I get home after a tour, my friends are all in my basement,” says SOAK. “When I’m not home, my mate Zoe who lives next door will just come in and talk to my mom; it’s kind of weird [laughs].”

SOUNDS LIKE: Her stage name is a near-portmanteau of “soul” and “folk,” but there aren’t words for her fragile-yet-tough, Cat Power-meets-Sinead O’Connor vocals.

THE BUZZ: She’s toured with Tegan and Sara and was the first artist signed to Goodbye Records, a label started by Chvrches.

POLITICS: “My mum grew up as a Catholic and my dad grew up as a Protestant, and with the Troubles in Ireland, that’s, like, not a great thing to do. My big brother was born on the same day as the ceasefire, so I haven’t grown up in the middle of it, but bombs and people getting shot is quite common. But it’s not as bad as it was. And there’s definitely a lot less prejudice and sectarianism. All my mates don’t really care about that stuff.”

COMING UP: SOAK’s debut LP is slated for a June 2 release via Rough Trade.

NEXT UP
Entertainment
Måneskin Is The Hot Italian Rock Band To Watch Right Now
Entertainment
Who Will Rihanna Bring To The Super Bowl?
Entertainment
The Meaning Behind Paramore's Disillusioned Anthem, "This Is Why"
Entertainment
Rina Sawayama's "Happier Than Ever" Cover Is A Must-Listen