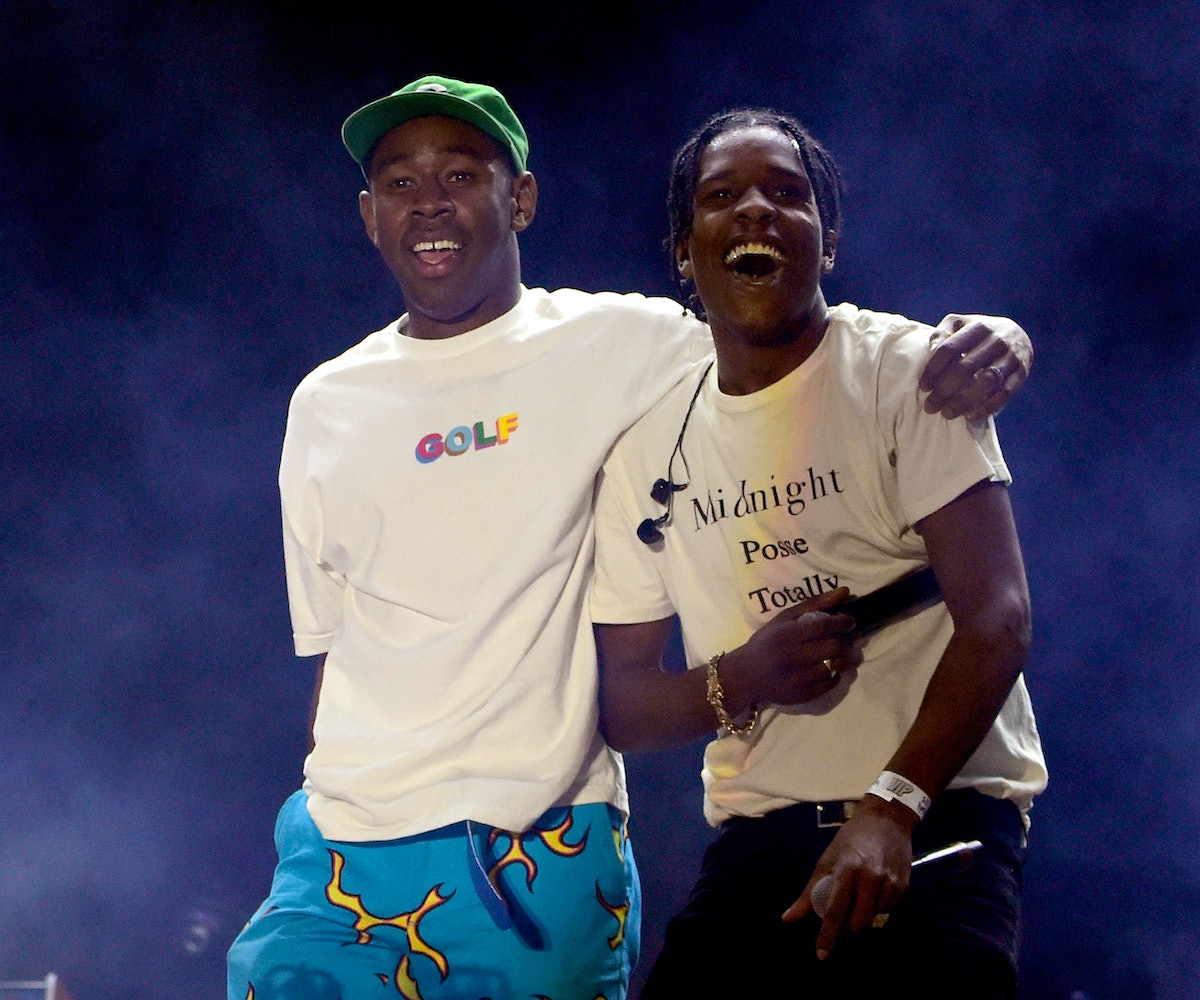 When A$AP Mob announced their upcoming Cozy Tapes Vol.1: Friends compilation, due out on Halloween, we expected an assortment of posse tracks from rap’s reigning cool kids, and, on Thursday, they delivered with the release of two new songs. On "Telephone Calls," the Harlem crew recruits Tyler, The Creator, who teams with his BFF A$AP Rocky, Playboi Carty, and Yung Gleesh on a synth-heavy track that leaves little doubt where these dudes see themselves in hip-hop's new hierarchy.

On "Runner," the second track released Thursday, Lil Uzi Vert shows up with a whopping first verse, before ceding rapping duties to A$AP Ant. It's an audacious mission statement from a cabal of young rappers looking to snatch the throne from the old guard. The new tracks are also part of a larger tribute to A$AP Yams, one of the founding fathers of A$AP Mob, who died suddenly in January of last year. Shortly after his death, Rocky confirmed that he was crafting a project that would pull from the extensive notes his partner left behind. The previously released "Yamborghini High," "Crazy Brazy," "Money Man," and "Put That on My Set" will also appear on the compilation.

If this preview of Cozy Tapes Vol.1: Friends is any indication, Yams really was the once-in-a-generation rap savant he was made out to be, and we can't wait to hear more. Listen to "Telephone Calls," and "Runner" below.