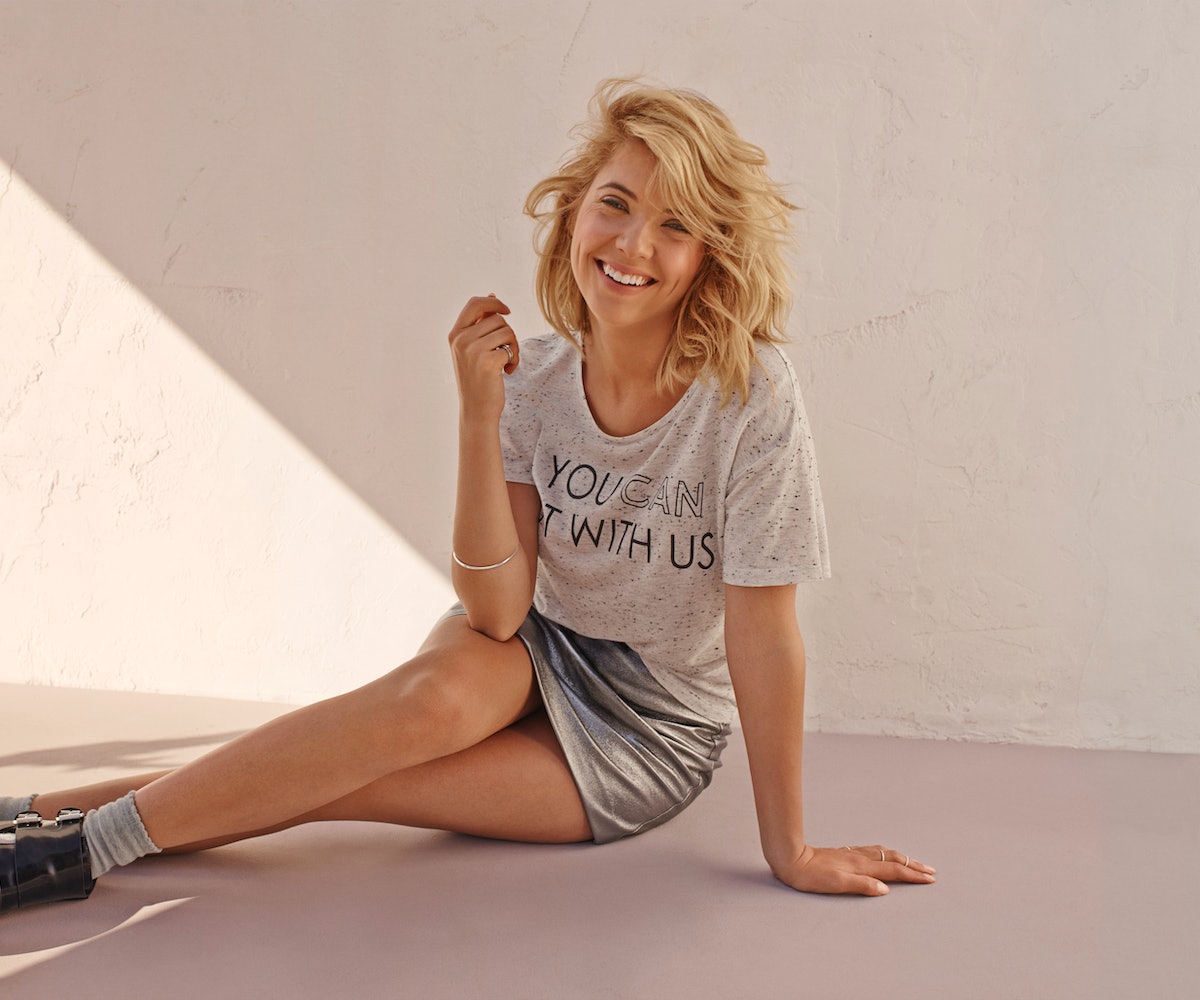 all photos courtesy of h&m

Ashley Benson’s H&M campaign has finally landed! Click through the slideshow to see all the photos. (NYLON Inbox)

Interscope has been delaying Azealia Banks’ debut album, Broke With Expensive Taste, for what seems like forever. That may just be the reason the rapper is getting out of her recording deal and going indie. Stay tuned… (Stereogum)

Austra covered Duran Duran’s “American Science,” making it totally their own with their trademark synth and hazy vocals. It’s awesome. Listen below. (Consequence of Sound)

Ever wonder what your favorite musicians listen to? Well, tons of our faves, including Iggy Azalea, Sam Smith, Chvrches, and The 1975, have shared their favorite songs of 2014 so far. Lots of Alt-J, Drake, and The War on Drugs, guys. Stars: they’re just like us. (Billboard)

Karl Lagerfeld’s feline muse Choupette has landed her first Shu Uemura line, “Shupette,” and campaign! No word on what the holiday collection will include (fuzzy falsies?), but hopefully Chopette’s biography, out September, will give some insight. (Grazia)