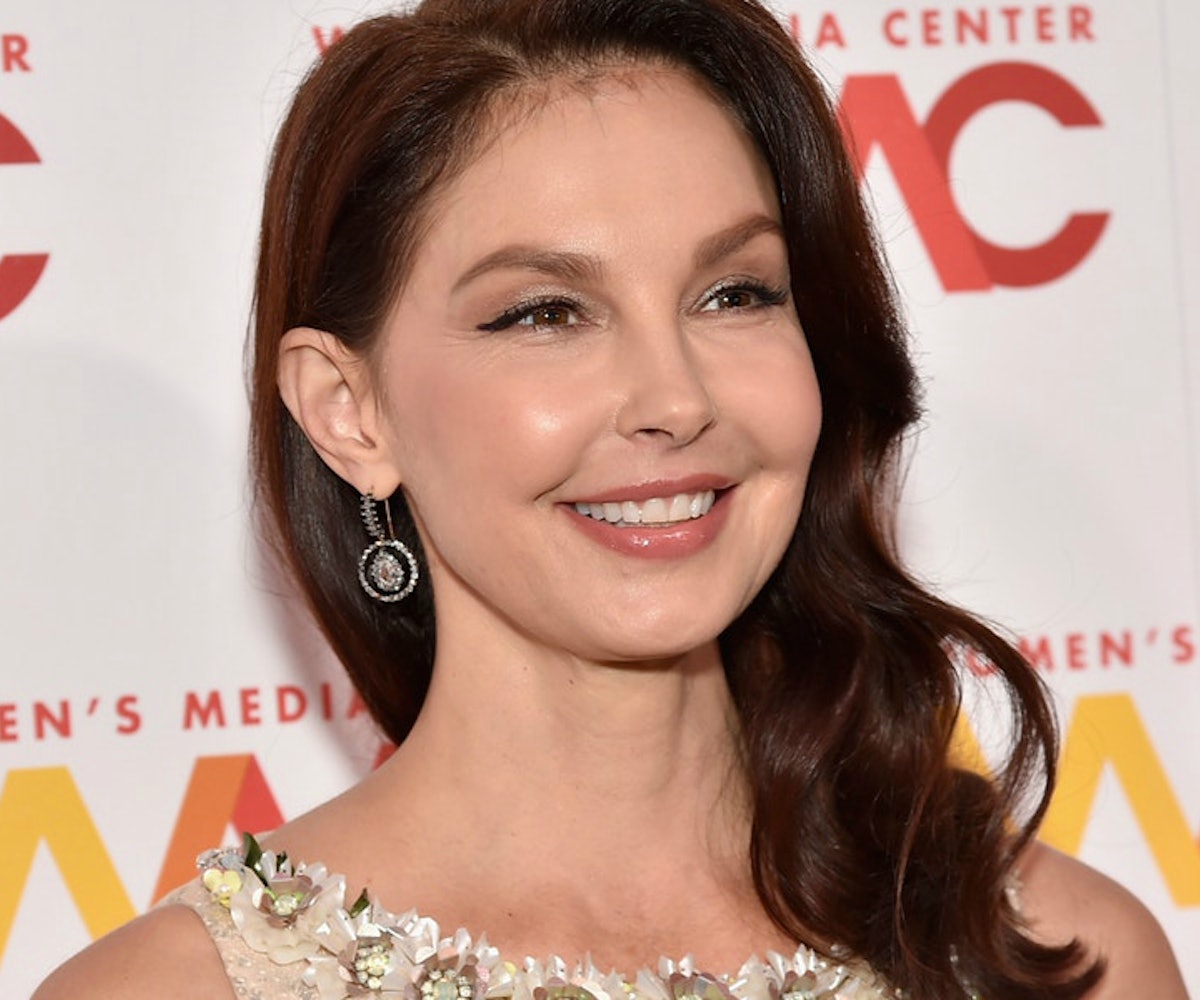 Ashley Judd—who was one of the first women to publicly accuse Harvey Weinstein of harassment—has a rather surprising reaction to the news that James Franco was allegedly sexually inappropriate with five women. Judd has previously said she spoke out against Weinstein because “it was the right thing to do”, and apparently she feels that James Franco is also doing the right thing, calling his response to the allegations “terrific"—though it's unclear what part of his statement she's referring to.

First off, Franco denies the accusations, saying that they’re “not accurate”—basically a nice way of saying that the women accusing him are lying. Hm, this sounds familiar already! Ever the supposed ally, he went on to say that he supports people coming forward. "I completely support people coming out and being able to have a voice because they didn't have a voice for so long. So, I don't want to shut them down in any way. It's a good thing and I support it." He concluded with, “If there’s restitution to be made, I will make it. I’m here to listen and learn and change my perspective where it’s off.” (However, he has yet to say anything about that time he tried to pick up a 17-year-old.)

How this is a “terrific” response to sexual assault allegations remains unclear, given his denial of them in the first place. It seems like more of the same lip service from famous men who have done wrong but refuse to answer for it.

Judd goes on to discuss her reasoning behind her response to Franco, though it’s also dubious:

And I think that we’ve all behaved—at a certain level—unconsciously, and done things that were insensitive, inappropriate, without necessarily understanding that they were. I mean we’ve all operated with a certain amount of tone deafness, and I like the culpability, and we have to have restorative justice. This is about men and women being all together and having a more equitable and just workplace, home life, social spaces.

The thing is, there’s a difference between committing an unintentional social faux pas and pushing a woman’s head down in a car and exposing yourself to her. That’s not an “insensitive” decision that Franco made without “necessarily understanding” the situation. As much as Judd has fought for the #MeToo movement, this feels like a setback, settling into the ol’ “boys just don’t know what they’re doing” way of thinking.