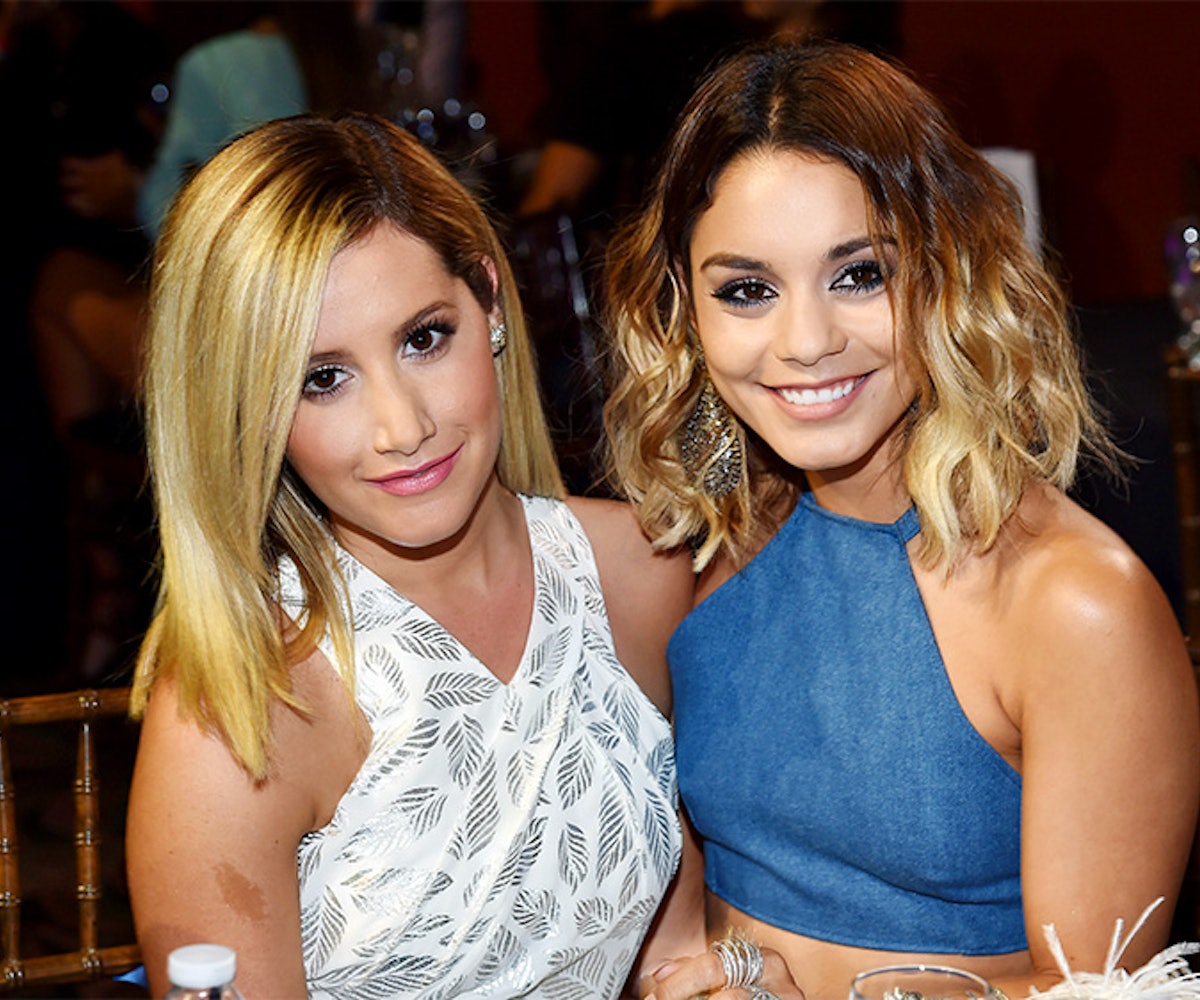 Nine years have passed since the first High School Musical hit the Disney airwaves, and even though the cast may not be as tightly knit as they once were (remember when they were basically inseparable?), it seems like one friendship is still sticking to the status quo. At last night's Tony Awards, Ashley Tisdale introduced Vanessa Hudgens and the Gigi cast, who then performed “The Night They Invented Champagne” live on-air. As Hudgens whirled about, waxing poetic about the joys and wonders of the carbonated libation, teens and former fans across the country unintentionally replayed the franchise's soundtrack in their heads.

"We all went through something together that was pretty amazing and life-changing," Tisdale recently told Us Weekly. "We weren't really prepared for all of the things that happened, so it bonded us forever — we're family." Given how just about every cult TV show and film — from Lizzie McGuire to Gilmore Girls to Buffy — have been holding their own semi-reunions, this has us wondering: Are we about to get another HSM? And will Zac Efron DJ in it?