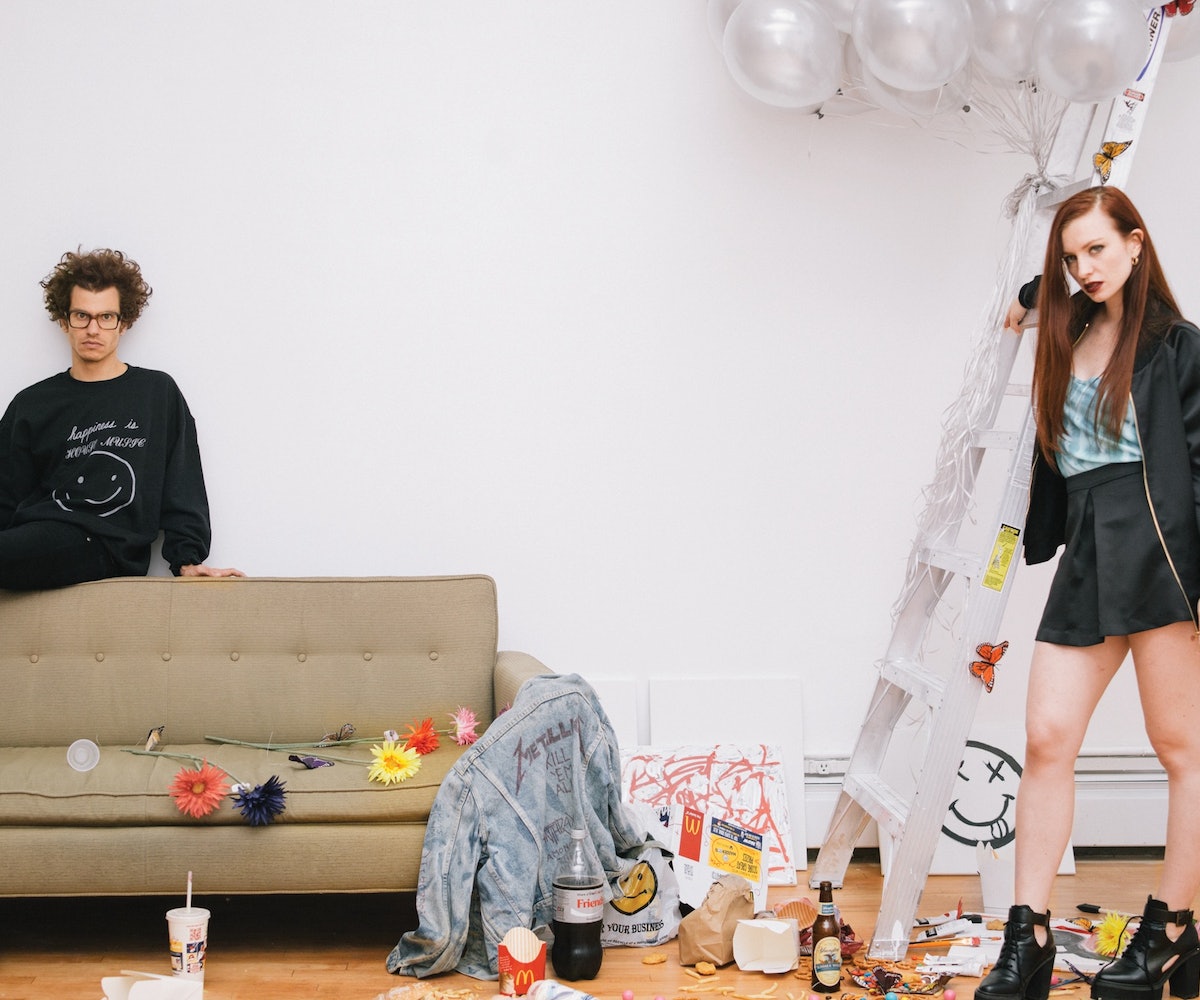 It’s no secret that we’ve got ‘90s nostalgia, and we’ve got it bad. And there’s no antidote quite like a really good flannel or a distressed denim jacket, especially if it’s vintage. But the brand new lookbook for our longtime fave label Obesity + Speed’s spring/summer ’15 collection is making us rethink the way we approach our '90s inclinations. The shoot's concept is all about using the past to create something shiny and new, and while references to rad artists and musicians from two decades ago are more than welcome in the collection, it’s clear that designer Lyz Olko wants us to take all the awesomeness of the ‘90s and turn it into something completely our own.

The collection, which features clean basics in classic black leather, light-wash denim, bold red plaid, and blush tones, is called “Just Born Too Late,” which any ‘90s baby can attest is such a real feeling. But it also means that those of us who missed out on the era of punk rock dreams—during which Olko herself was busy sketching Kurt Cobain, Smashing Pumpkins, Tupac, and Marilyn Manson—can use the ‘90s as a mere reference point for creating something totally original. After all, the official inspiration quote for the collection is “tender age in bloom,” which I’m sure we can all totally relate to (especially if that’s a Nirvana reference).

To execute the lookbook with this driving concept in mind, it made perfect sense that Obesity + Speed chose angsty pop-slash-soulful R&B powerhouse duo ASTR to model the looks, since, according to Olko, their “sound embodies the light colored but trademark dark undertones of the spring ’15 collection.” ASTR, a.k.a. New Yorkers Zoe Silverman and Adam Pallin, mess around—and totally mess up—a tiny apartment space as they fill it with flowers, balloons, art, and even McDonald’s fries. And we haven’t even gotten to the best part yet—the lookbook is basically a how-to guide for making your own cut-up technique poem. Each page includes directions for a single step in the process, and you should have your own personal, yet totally random whimsical poem by the end of it—how rad is that? In fact, the lookbook opens with the disclaimer: “This is not a sequel. There has never been anything like it.” Rock on.

NEXT UP
Fashion
Apple Martin Is A Chanel Girl Now
Fashion
R&B Artist María Isabel Is Making Room For New Style With Nuuly
Fashion
Telfar Thinks You Need An It Wallet To Go With Your It Bag
Entertainment
Gracie Abrams & Gia Coppola On The Joy Of Free-Flowing Collaboration
Style + Culture, delivered straight to your inbox.