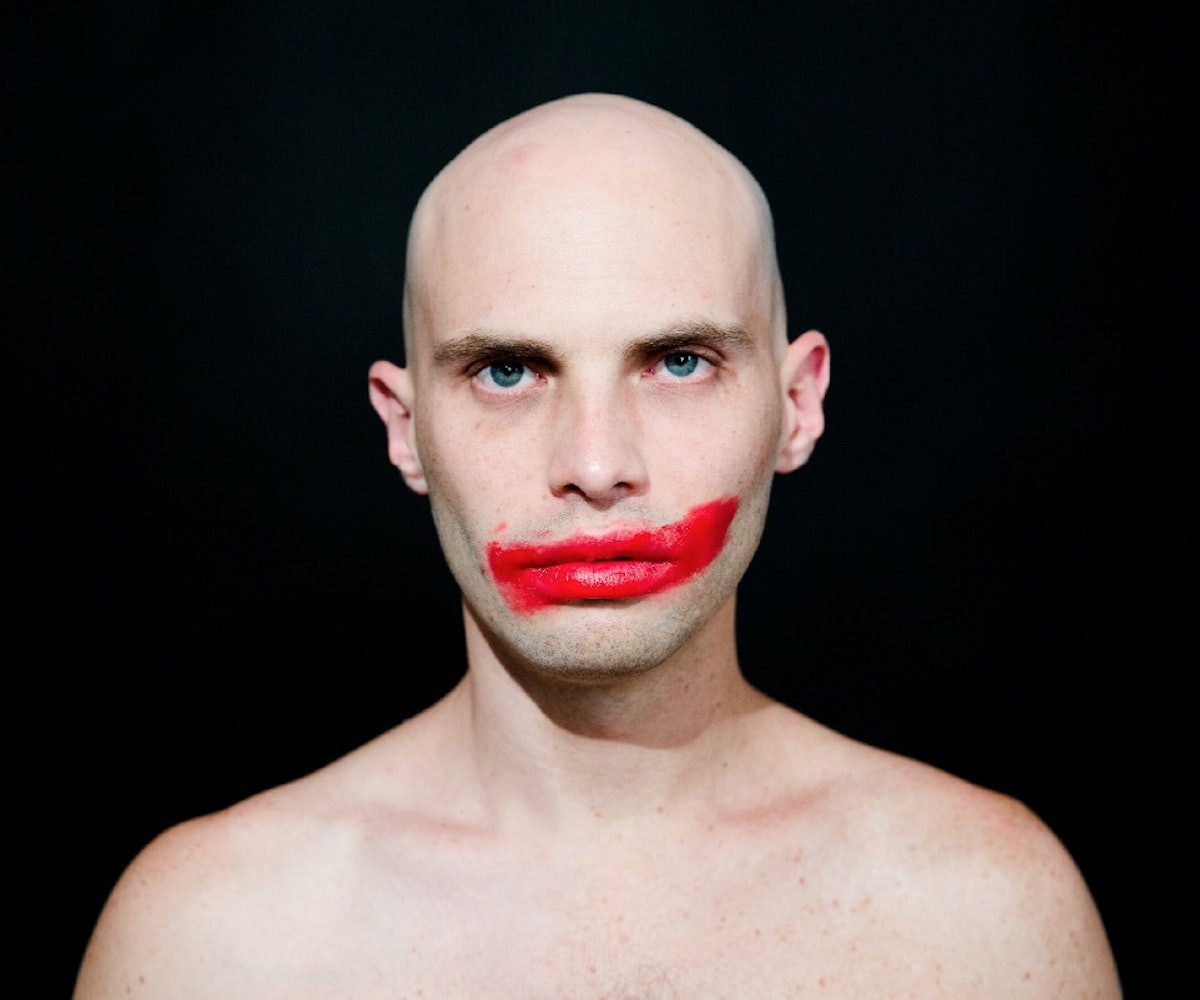 “Don’t be scared” is a lyric that constantly crops up throughout Age of Transparency, Arthur Ashin’s latest album as Autre Ne Veut. While he may be addressing it to a daunted lover, this refrain could easily be a message to his listeners themselves. The fact is, Ashin makes music that’s as spine-chilling as it is sensual, marrying falsetto R&B with the kind of experimental electronic production pioneered by his former college roommate, Daniel Lopatin/Oneohtrix Point Never. Inspired by themes of late-capitalist anxiety, state surveillance, and the ever-tightening grip of social media on our lives, this new collection of songs may be off-putting, but it’s entirely unignorable. Meeting at his label's office in Lower Manhattan, Ashin gave us the inside story behind one of this year's most innovative records.

The first glimpse most people got of the album was the "World War, Pt. 2" video. What made you want to start off with such an unsettling introduction?

I think I was trying to push back a little bit against this funny notion that I’m a sexy guy and I make sexy music. I wanted to disrupt that fantasy, both because it’s uncomfortable for me to live in and also because it’s fun to explore aspects of yourself that are not generally designed for public consumption. I thought about different, compelling ways aesthetically to play with those constructs. I think pushing that direction in general with a lot of the aesthetics involved with the record is something I’m trying to do, so I thought, Why not make a shocking, intimate, weird, androgynous, gender-indistinct mating ritual video?

Where did you film it? The house gives me hardcore Shining vibes.

It was a mansion in Upstate New York that was unbelievably beautiful and totally empty. The director Allie had shot there in the past for a Hundred Waters video. We were hunting around for ideal spaces and that presented itself again, so we had a fun time trying to think of different ways to present this very distinct-looking home in a way that captured the feeling of the home but didn’t repeat any of the shots.

And you were carrying that actress the entire time?

You know, in-between shots I would put her down.

You also recently released the video for "Panic Room." It doesn’t really function as a video for the actual song that you recorded, since you’re singing a cappella badly on purpose. Were you trying to play with the idea of what music videos are meant to be?

Even though the possibilities are as endless as any cinema on some level, there tends to be tropes involved in music videos. In the process of consuming all these videos, I stumbled across this incredible Swedish Idol video of a woman who was actually pretty solid. She came up and sang her heart out, and two of the judges almost looked moved to the brink of tears, but at the end they stopped her and told her, “Sorry, this isn’t for you.” These presentations of failure are more interesting to me than presentations of success, these uncomfortable moments that we remember our whole lives. I feel like a lot of people walk away repeating the words of the awkward thing they said.

Tell me about one of your top awkward moments.

I was in a shoot for my friend’s music video, and Chloë Sevigny came on set because she was friends with the actors in it. I had these prosthetic, humongous lips on, on top of the fact that I already have big lips, wearing a gimp mask, being knocked around by the actress in bed. She comes in, looks over at me, and she’s like, “Looking good, dude.” I was like “Thaaanks!” My voice broke and for the rest of the video shoot, I was sitting there thinking how I fucking played it wrong. I think it’s definitely an attempt to explore that, and it’s in line with the themes of the record in general about the idea and presentation of transparency. It’s an entirely fictionalized construct, but it encapsulates some of the real feelings of presenting yourself and failing.

Another major theme of the record seems to be continuation, from all the reprises and pt. 2s to the cover, which itself is a play on the art for your previous album.

I definitely feel like all of these themes of social anxiety in the face of contemporary social media and NSA surveillance and art and commerce all play together with this big, terrifying, rhizomatic capitalist framework we all exist in. This is kind of honing in, like how on The Wire every season had a different angle on the same cultural milieu. It’s a continuation in that sense, looking to approach the same general feelings of me, trying to exist in contemporary society, but in terms of breaking down notions of social and political transparency.

It’s interesting you bring up the NSA because the moment you go on your website it tries to use your camera to include you in the album artwork. Is surveillance something that causes you particular anxiety?

It’s always something that I think about, forget to think about, then think about again. The terror of the fact that our entire lives are being documented, both from external sources but also from us feeding into it and participating. Anyone who has some public standing that needs promotion has to post to social media, so I’m constantly feeding content into the grand surveillance machine, even as I sit here and talk about how I find it problematic.

You’re also releasing The Avatar Sessions, a series of jazz versions of the main Age of Transparency tracks. What drew you to making a straight jazz record?

When I first conceived of the record, I wanted to think of the holistic features of it. I approached the label early on and said that I really wanted to get this Pharoah Sanders meets Alice Coltrane meets Ornette Coleman style jazz sessions to happen and be a bespoke sample for the entire record. My plan was to use that and play the prankster on top of it, and that’s basically what happened. The Avatar Sessions themselves are this extraordinary gift from the pianist and the bass player, Geoff and George Hazelrigg, and Ron Entwistle, who helped me to engineer them. They holed up in their apartment in rural Pennsylvania, put the finishing touches on it, and served it up to me on a silver platter, so it was only fair that we try and put it out.