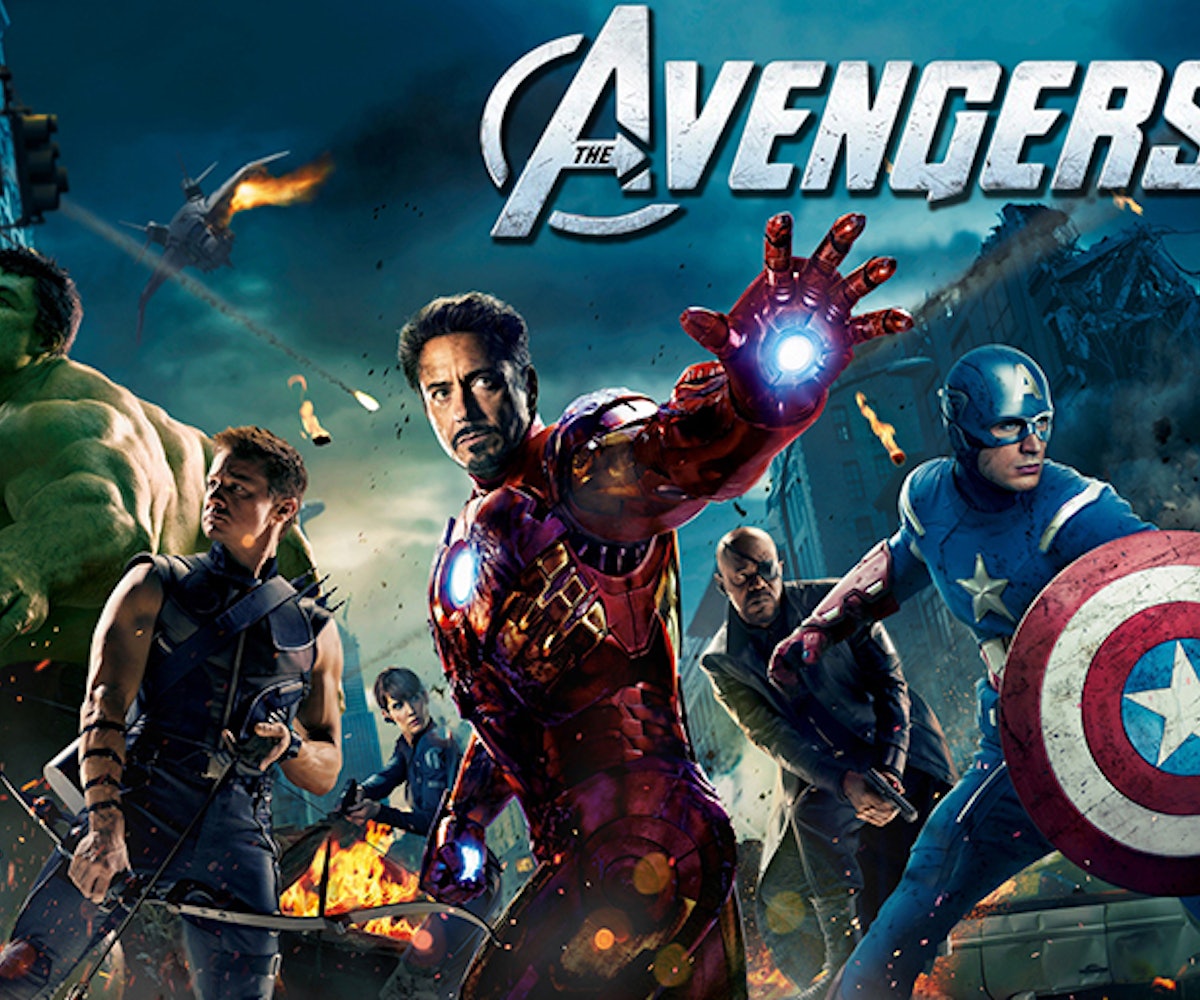 Photo courtesy of Marvel
by Hayden Manders
May 8, 2018

It's been 10 years since the Marvel Cinematic Universe put the buster back in blockbuster. So, to commemorate the milestone (and probably the fact that Avengers: Infinity War is officially the fastest movie to gross a billion dollars worldwide), the original cast of superheroes celebrated the only way that seems appropriate for superhero gangs (hey, Suicide Squad) nowadays: matching tattoos.

All but one of the OG crew permanently inked themselves with the help of New York City's East Side Ink artist Josh Lord. Speaking with Entertainment Weekly, Robert Downey Jr. (Iron Man) said it was Scarlett Johansson's (Black Widow) idea, who got a twist on the Avengers logo tattooed with Chris Evans (Captain America). She eventually convinced Lord to fly out to Los Angeles and tattoo Downey Jr. and Jeremy Renner (Hawkeye), after which they all bullied Chris Hemsworth (Thor) into hopping on the bandwagon.

According to Downey Jr., all five of the actors contributed to Lord's design, with each superhero tattooing one line of the Avengers logo. The only missing superhero? Mark Ruffalo's Hulk. Guess needles are a no-no for the big ol' green guy.

NEXT UP
Beauty
Charli D’Amelio and Landon Barker Wore His & Hers Goth Manis To The Grammys
Entertainment
Ebony Riley's "Deuce Deuce" & 9 Other New Songs Out This Week
Fashion
Bottega Veneta Just Dropped The Next It Bag For Spring
Culture
An Ode To Stripperweb, The Beloved Sex Worker Forum
Style + Culture, delivered straight to your inbox.