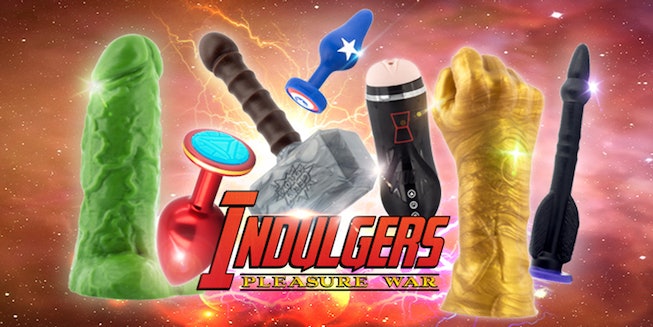 If you've ever watched Mark Ruffalo swell into that big hunky green mass called the Hulk and wondered what he's packin' in those Daisy Dukes, wonder no more. Friends, the inevitable Avengers: Infinity War sex toy collection is here to take your orgasm (and budding superhero kink) to infinity and beyond.

Geeky Sex Toys, the Australian sex toy maker that put C-3PO's face on the end of a golden butt plug, has released its Avengers-themed collection, Indulgers: Pleasure Wars. There's nothing I love more than a barrel-scrapping sexual pun, and this seven-piece line is bursting with them.