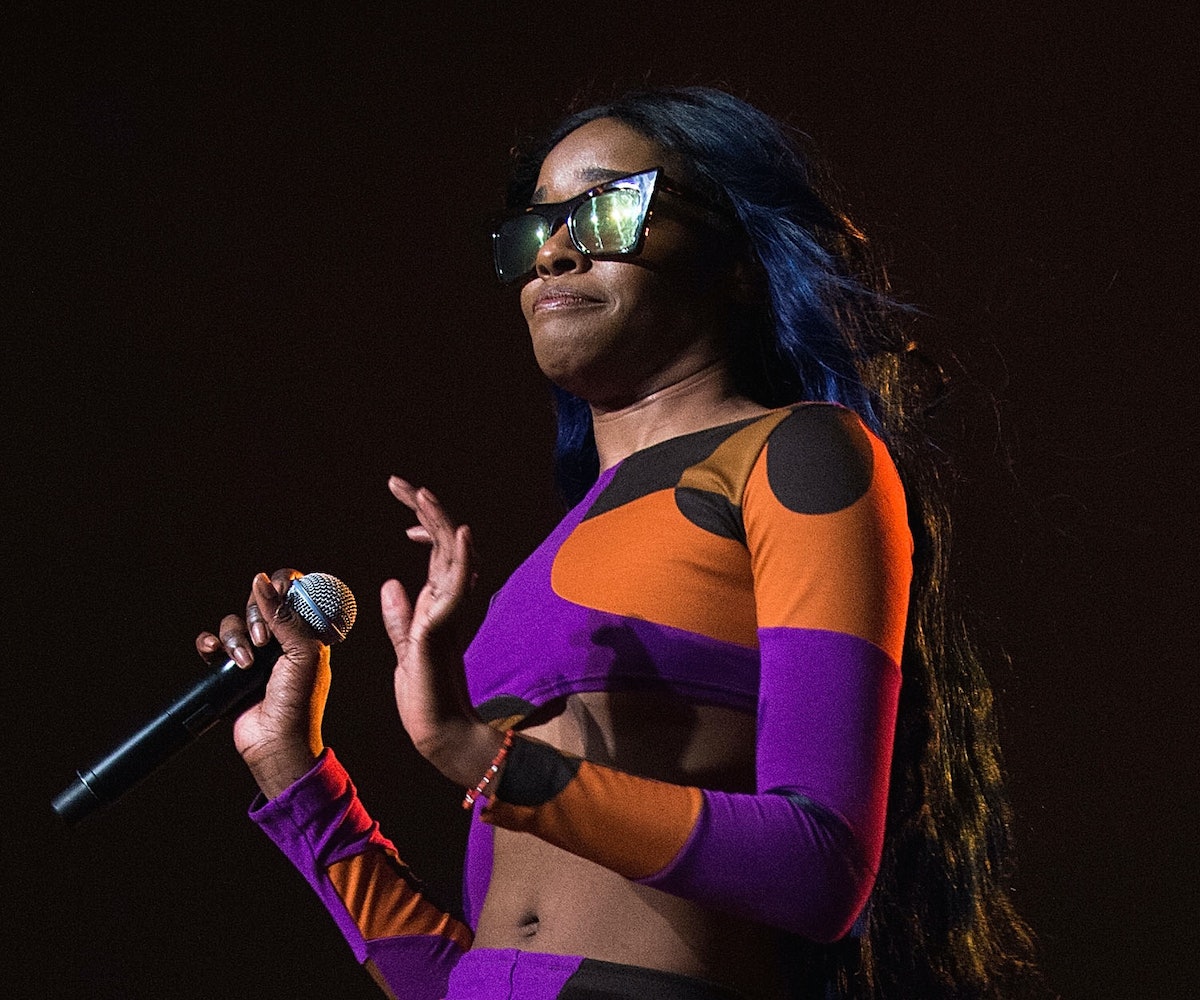 Today, hip-hop artist Azealia Banks pushed beyond what even many conservatives and anti-choice supporters believe by suggesting that women who have more than four “voluntary” abortions should not only carry their fourth pregnancy to term no matter the situation, but should be jailed if they terminate that pregnancy.

Hard to believe? It was for us. Then we read this post by the Frisky and the Tweets below. Take a look for yourself:

And then came an ugly back-and-forth between her and commeters.

But she goes far beyond criticizing abortion.

There's more going on over on her Twitter account, but her final word on the issue seems to be...

Which, at this point, is kind of impossible.

Look, whatever you, personally, feel about the highly contentious issue of abortion and abortion rights, you’ve got to admit that this kind language and tone is probably inappropriate for such an important discussion. It also bears noting that being “pro-choice,” as Banks says she is, just doesn't square with putting a limit on abortions tied to the threat of incarceration.

Having strong and perhaps unpopular opinions on the issue is fine and wanting to curb the general number of abortions by advocating for preemptive birth control (which Banks does) is laudable.

But there's also a disconnect between calling yourself a feminist and decrying “pussyhairarmpit shit”—which we think refers to not shaving your armpits. Feminism can be about many things depending on who is interpreting the term. Not supporting other women in their chosen method of expressing their rejection of gender norms, however, is not one of them.

We get that Banks has some interesting, important views on sexual responsibility and being an active, engaged feminist (so many of us just talk about feminism instead of committing ourselves to community support). But nothing is solved, or even progressed, by calling out women on their versions of feminism.