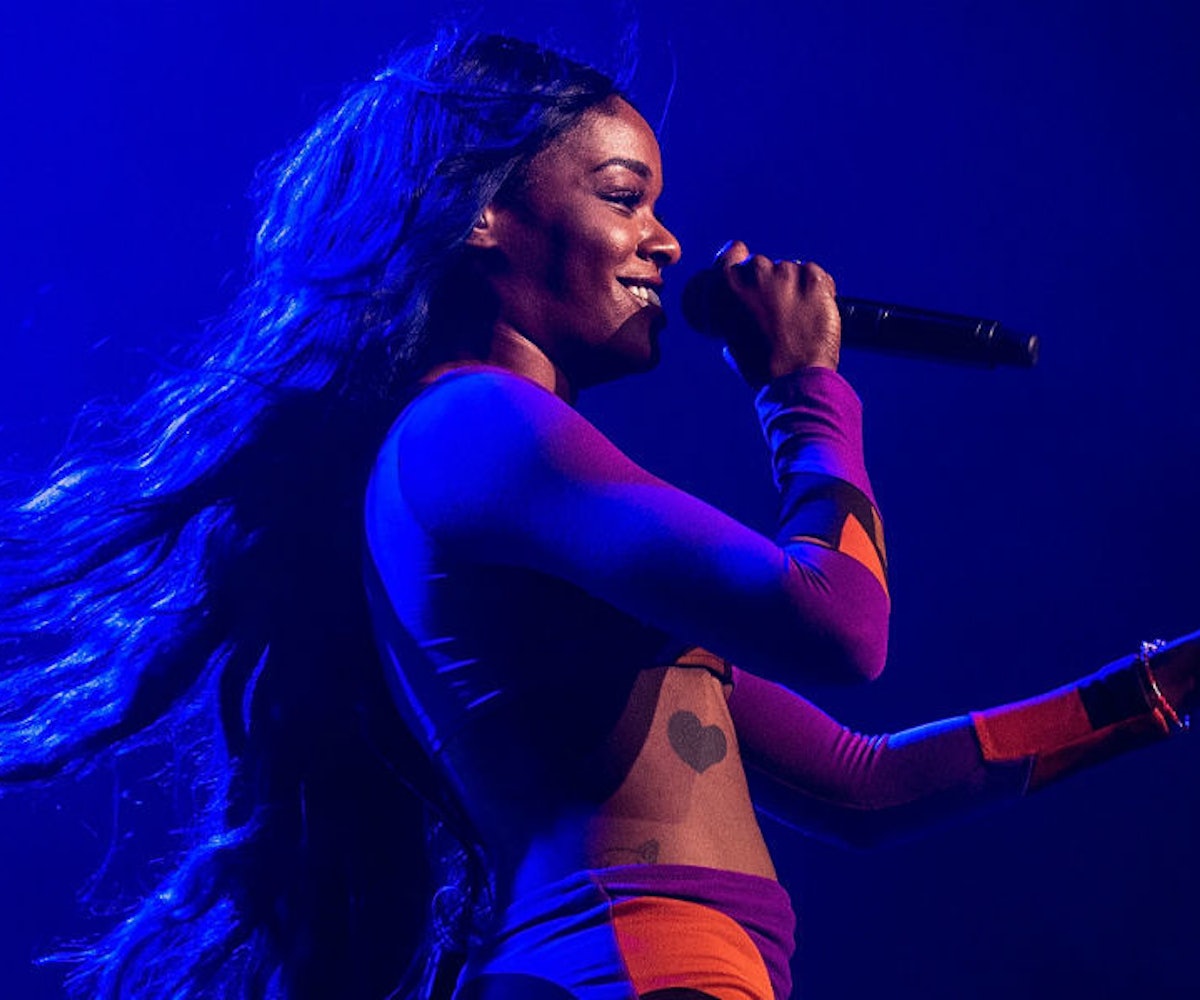 Azealia Banks has, apparently, found something better to do than stir up drama with celebrities online: staking out at Elon Musk’s house.

Let us explain. This weekend, the rapper posted on her Instagram story that she’s “literally been sitting at Elon Musks house alone for days waiting for @grimes to show up” and start the music sessions they apparently had planned. “I have no idea when she is coming back,” she adds. It’s unclear whether Banks is inside or outside of Musk’s house, and whether or not Grimes even knows she’s waiting for her, but Banks claims she’s just trying to finish her new album, Fantasea II: The Second Wave, which includes an incomplete song with the goth princess. Either way, it seems like a text message or, we know it’s kind of prehistoric but, even a phone call would’ve sufficed?

Grimes does appear to be working on music of some kind, just apparently not with Banks. On August 2, she wrote on Twitter: “When u go to bed in tears of self doubt and exhaustion and wake up and the track is finished and perfect… best feeling.”

Even though Banks wrote that she was only going to stay one more day at Musk’s house, from what we can tell, she’s still there. Her Instagram story from seven hours ago reads: “Staying at Elon Musk’s house has been like a real life episode of Get Out.” So, maybe she should take a cue from the fictional film and, actually, get out? Oh, to be a fly on the wall of that mansion.

NEXT UP
Life
Grimes’ ‘Book 1’ Includes A Collaboration With The Weeknd
Entertainment
YDE On Her EP, Lady Gaga & Making New Short Film 'Send Help’
Entertainment
On ‘Cool It Down,’ A Spitfire Band Matures
Entertainment
Getting Ready With Pale Waves For Their 2022 New York City Concert