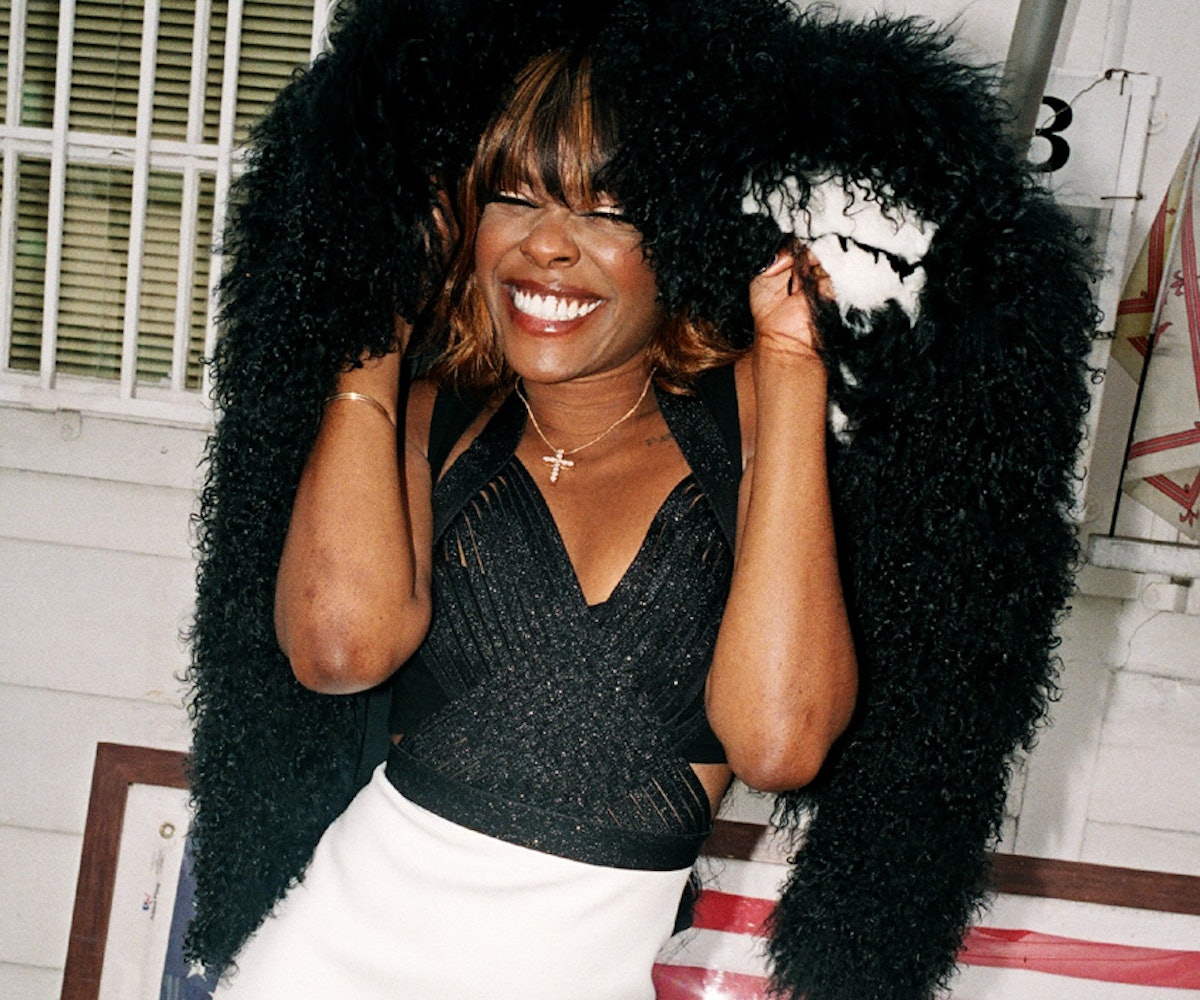 Azealia Banks has just confirmed that she's Playboy's next cover star for their April issue. The spread, shot by Ellen von Unwerth for the magazine's music issue, is out on newsstands on March 20th. And judging by the teaser Banks tweeted earlier today, so far so good.

The rapper is giving us feline vibes as she peaks out from behind a leopard-print couch with a stellar cat-like headpiece from Chromat that brings the fashion. Peep the photo below and don't forget to grab the issue when it hits newsstands.