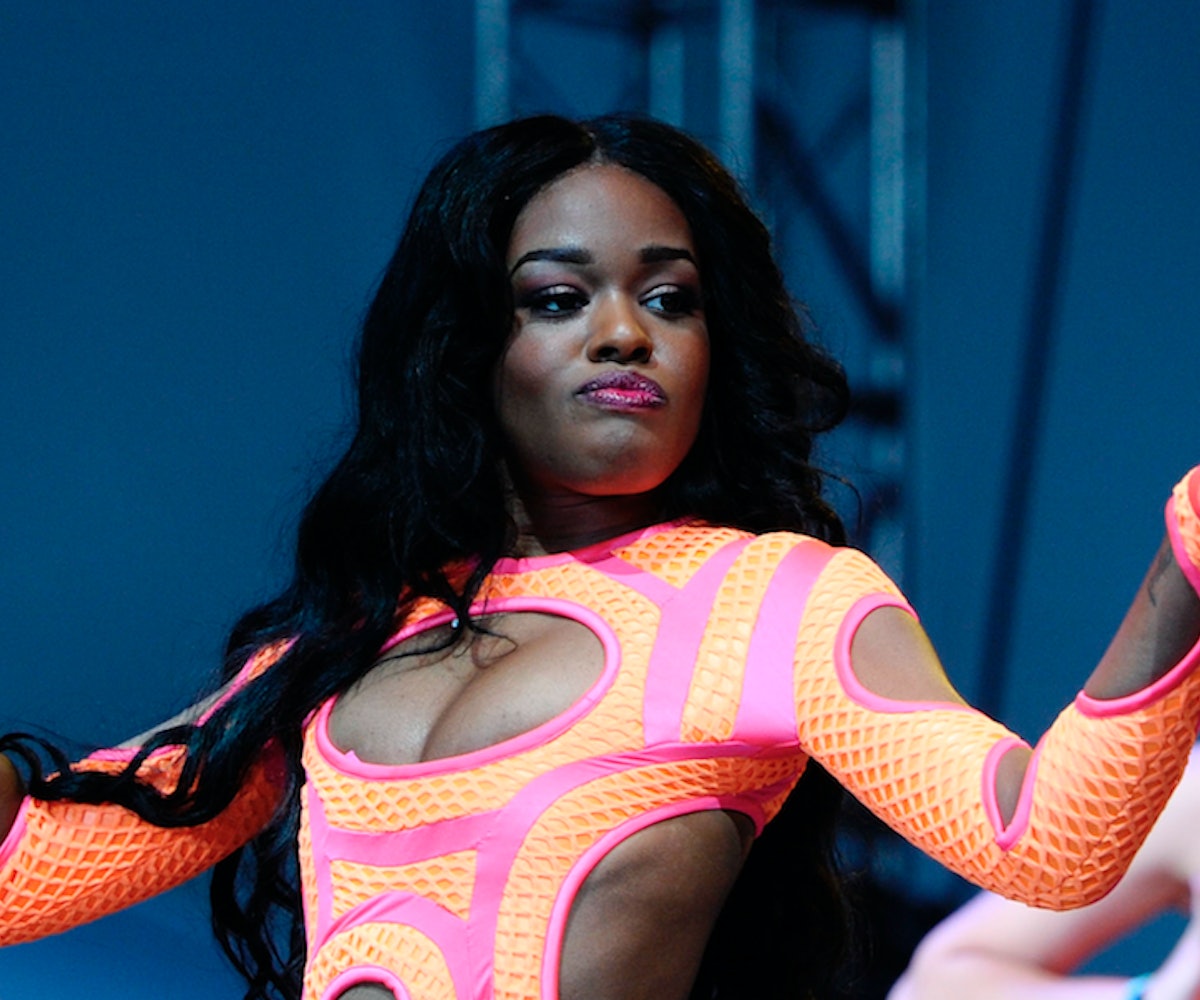 photo by Ilya S. Savenok/getty images
by Hafeezah Nazim
May 11, 2018

Azealia Banks recently took the time to clarify and defend her controversial support of Donald Trump. While doing an interview with The Breakfast Club this morning, the rapper, who endorsed the president before he was elected and previously said that she "sort-of" agrees with his stance on immigration, said that she ultimately decided to support him because she wanted a tax break. "Everybody keeps trying to pin this love for Trump on me, but that wasn't the point. Either way somebody's getting f*****. Wouldn't you want to get $30,000 back on your tax returns?"

Aside from getting a tax break, another major reason why Banks decided to support the president was because she felt Hillary Clinton's campaign was "shrouded in white feminism," and hidden racism. She said:

It just seemed like, 'Yes, yes yes yes yes, we're gonna get this woman to the presidency,' and like, completely ignore the fact that her and her husband are the reason that so many black families are divided now. Like, look at the 1994 crime bill, people going to jail for a bag of weed and dumb s*** like that. We're forgetting that this woman called us super predators. You know, she's blatantly tried to appeal to us and talk about she's 'got hot sauce in her bag' and all type of s*** like that. She's like, literally talking down to us like we're idiots. I always say that I like my racists racist, you know? I don't like any of that covert s***, any of that politically correct bull****.

She also expressed how white feminism affects the feminist movement as a whole, and how Clinton's win would have been another excuse for white women to not deal with intersectionality:

And I feel this way about feminism too. I feel like the feminist conversation is always very white female-centric. I just felt like if Hillary Clinton won, that was just gonna be a win for white women and more losses for black women because that was just gonna give them even more of an excuse to not deal with the intersectionality and all of the other women that fall under that feminist banner that should be included in there.

You can see her interview in full below.