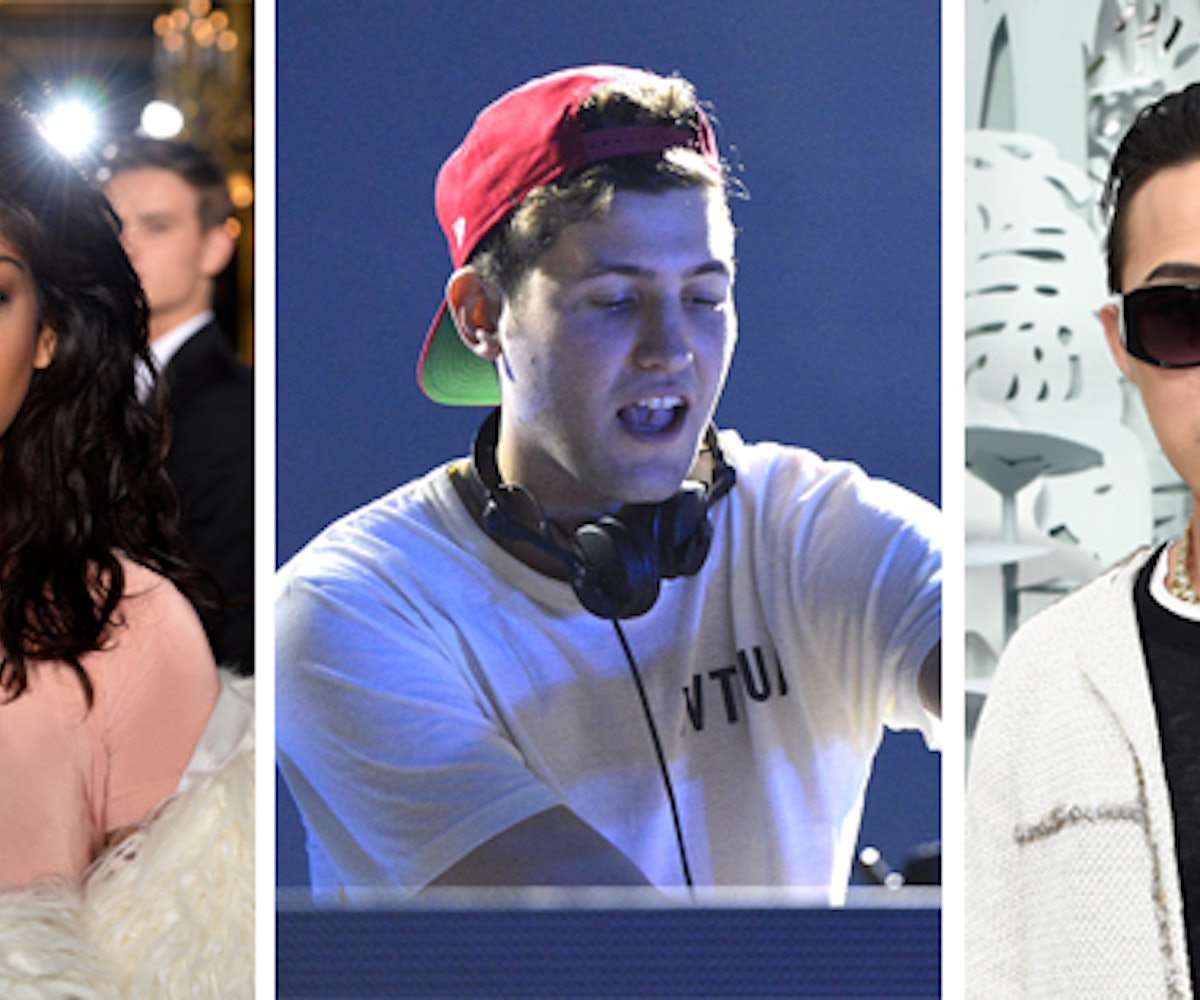 With appearances by Pusha T, Future, Rustie, Novelist, Leikeli47, Tirzah, and TT The Artist, there's a lot of hype and high expectations behind Baauer's imminent debut LP, Aa (pronounced "double a"). So far, though, the Internet-bred producer hasn't disappointed. In fact, each new release is only upping the ante, making the release date, March 18, seem that much further away. Luckily, though, Baauer dropped another new song to tide us all over: "Temple," his track with M.I.A. and G-Dragon. Released this weekend during Alexander Wang's Fall/Winter 2016 runway show, the song is a high-energy banger filled with Eastern influences and dance-inducing bass. It's basically what your playlist has been missing.

Update: Listen to the now-official release below. Bless.