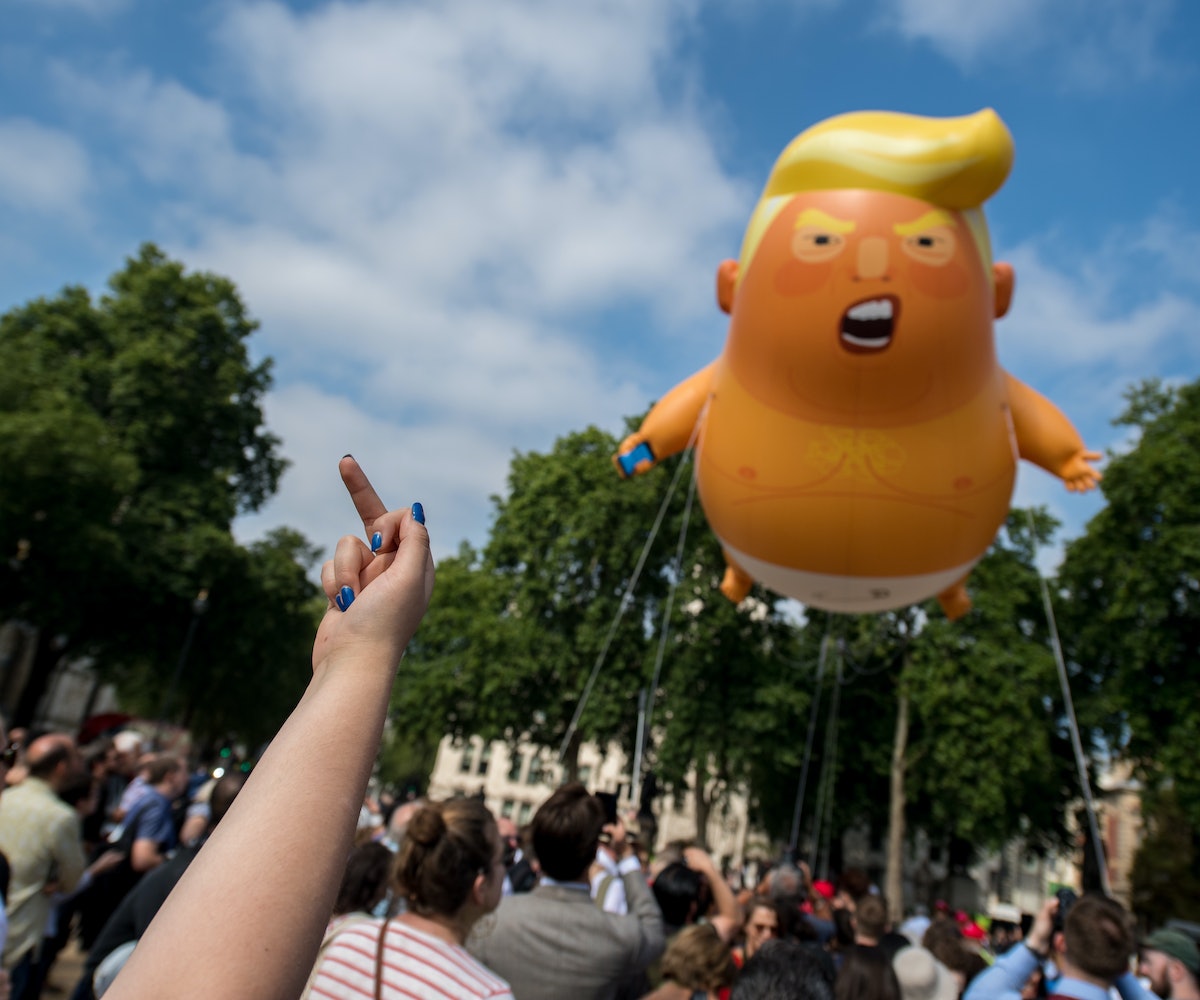 Right now there’s a 19-foot balloon depicting President Donald Trump as a screaming, orange, diaper-wearing baby with a cell phone and bad toupee flying over Parliament Square in London. The balloon has been a highly anticipated element of the “Stop Trump” march since its approval by the mayor of London last week.

Its takeoff drew a large crowd of excited spectators, garnered international attention, and, unsurprisingly, elicited a response from Trump himself. He told the Sun that the balloon made him feel “unwelcome,” which was definitely the point. Leo Murray, an activist and creator of the “Trump Baby” balloon, referred to the entire demonstration as a “victory,” explaining to The New York Times that “people love it, he hates it, and it’s driven him out of London.”

As he mentioned, not everyone loves it; some see it as a demonstration that meets the president at the childish level on which he loves to operate. Which raises a broader question that has consistently been in the spotlight: Does the Trump Administration deserve a level of civility? There’s a multifaceted, though not overly complex, reason as to why “civility” is both irrelevant and counterintuitive to creating a fair and equal landscape for everyone.

As we use it now, being “civil” means not actively working to dismantle the existing systems which operate against minority groups. That means women, people of color, the LGBTQ community, religious minorities, immigrants—anyone who doesn’t fit into the American mold that this administration has deemed acceptable and deserving of basic rights and liberties.

Civility suggests that it's wrong to make life difficult for people who take rights away from others. It promotes the silencing of oppressed minorities. And when powerful people aim to silence those of us fighting for equality, it's oppression.

For many people, civility is not an option because their lives are at a very real risk if they remain complacent about the direction our government is headed. Though, not everyone has a platform to express their discontent and demand for change. It then becomes necessary for those of us who can to advocate and call out officials who are in support of discriminatory measures and regulations.

The “Trump Baby” balloon is a great example of the sort of solidarity we need. The English are not at nearly as great of a risk under this administration, yet their protest is a condemnation that refuses to be ignored, giving even greater attention to the necessity of change in our current political climate.

This is how we ignite change, by standing and acting in solidarity with communities who need support and advocacy. Going to marches, sharing the stories of others, calling out Trump and his officials on their BS—that’s how we’re going to get from one place to the next.

So, fly on baby Trump balloon! May it prompt a few laughs and launch even greater change.