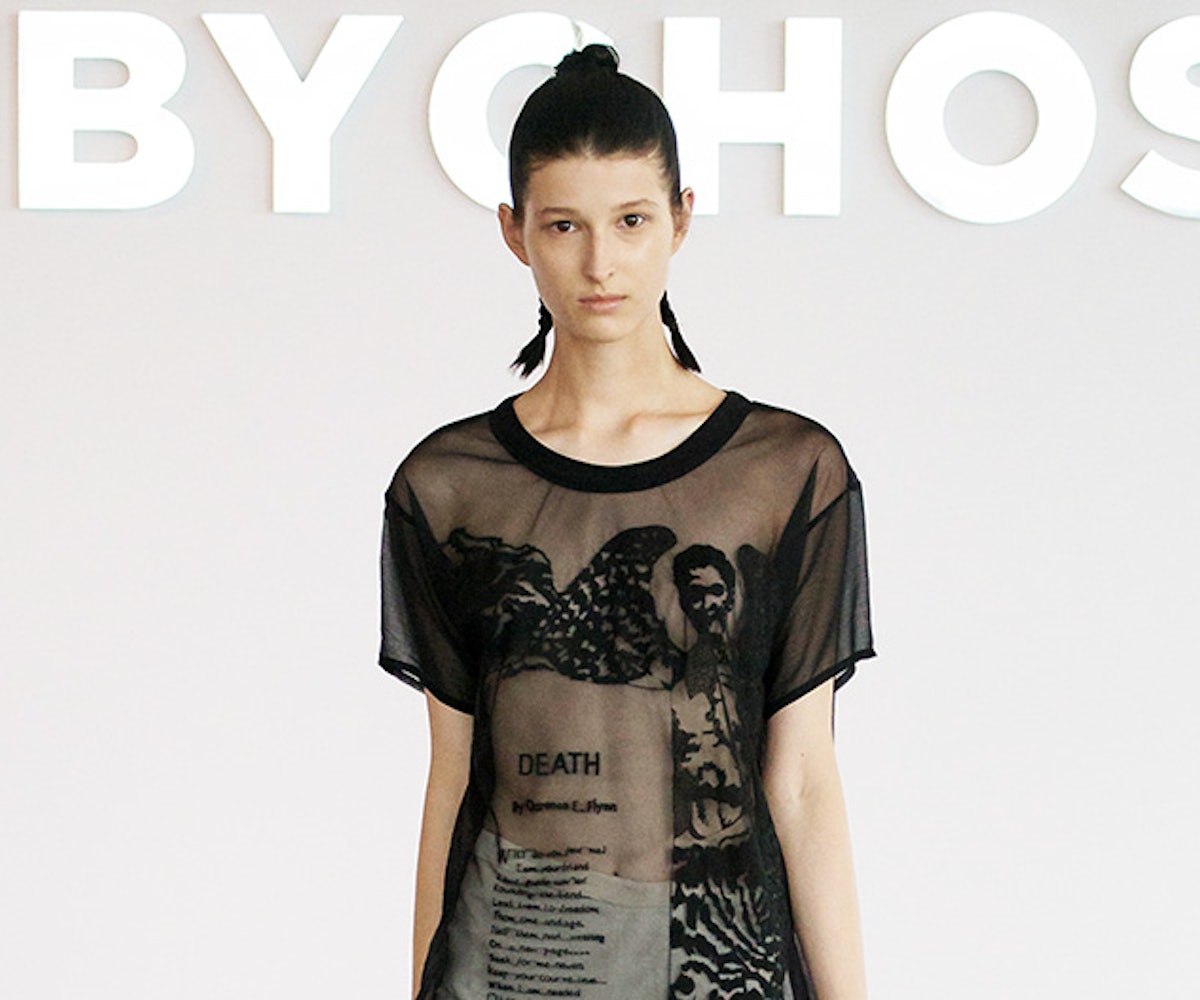 There’s a rich history to Babyghost’s Spring/Summer 2016 collection. Not only in that it pulled inspiration from Halston, but in a 1940s poem about death stitched into nearly every one of its pieces. The theme of death, dying, and the after life is a heavy one, but Babyghost’s Qiaoran Huang and Joshua Hupper, countered that with a collection that’s light, breathable, and very Spring-friendly. It’s a sartorial romance tale the New York Fashion Week crowd.

Over-sized T-shirts mixed with lace and sheer fabric to create an ephemeral atmosphere. The neutral palette was accented with deep, deep blues. Though the fabrics were light, they hung with an unseen weight. (Maybe it was the poem. Who knows what sort of mystical powers those words hold.) There was something inherently American about the collection. It’s twisted story lit up MADE’s fashion week in a way that no others shows have so far. This is a collection that asks the viewer to pause, consider the moment, and take it in. The poem talks about death being a friend. Perhaps there’s some truth in that. We’ll just have to don a few pieces to find out.