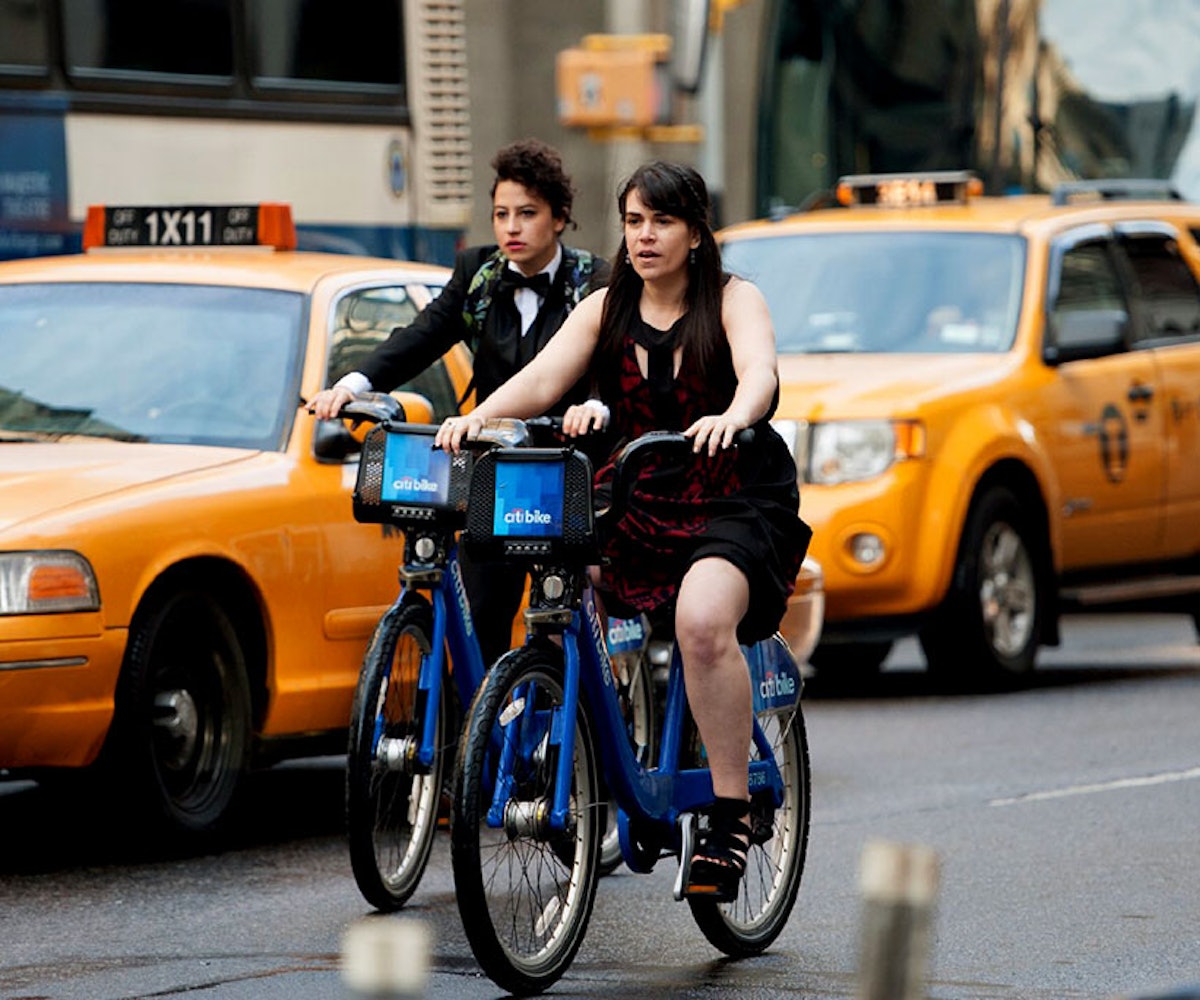 In New York, you never know when you’ll run into a celebrity. Chances are greater if you’re working alongside them. Like many others in New York City, I make my living multiple ways. One of my most interesting extra sources of income is background acting. Last fall, I got to be a part of the next batch of the hit shows set in New York City: Comedy Central’s Broad City with Ilana Glazer and Abbi Jacobson (in season two's dog wedding scene), and TV Land’s Younger with Sutton Foster and Hilary Duff. Ahead, what I've learned from being on the sets of TV's next big shows.