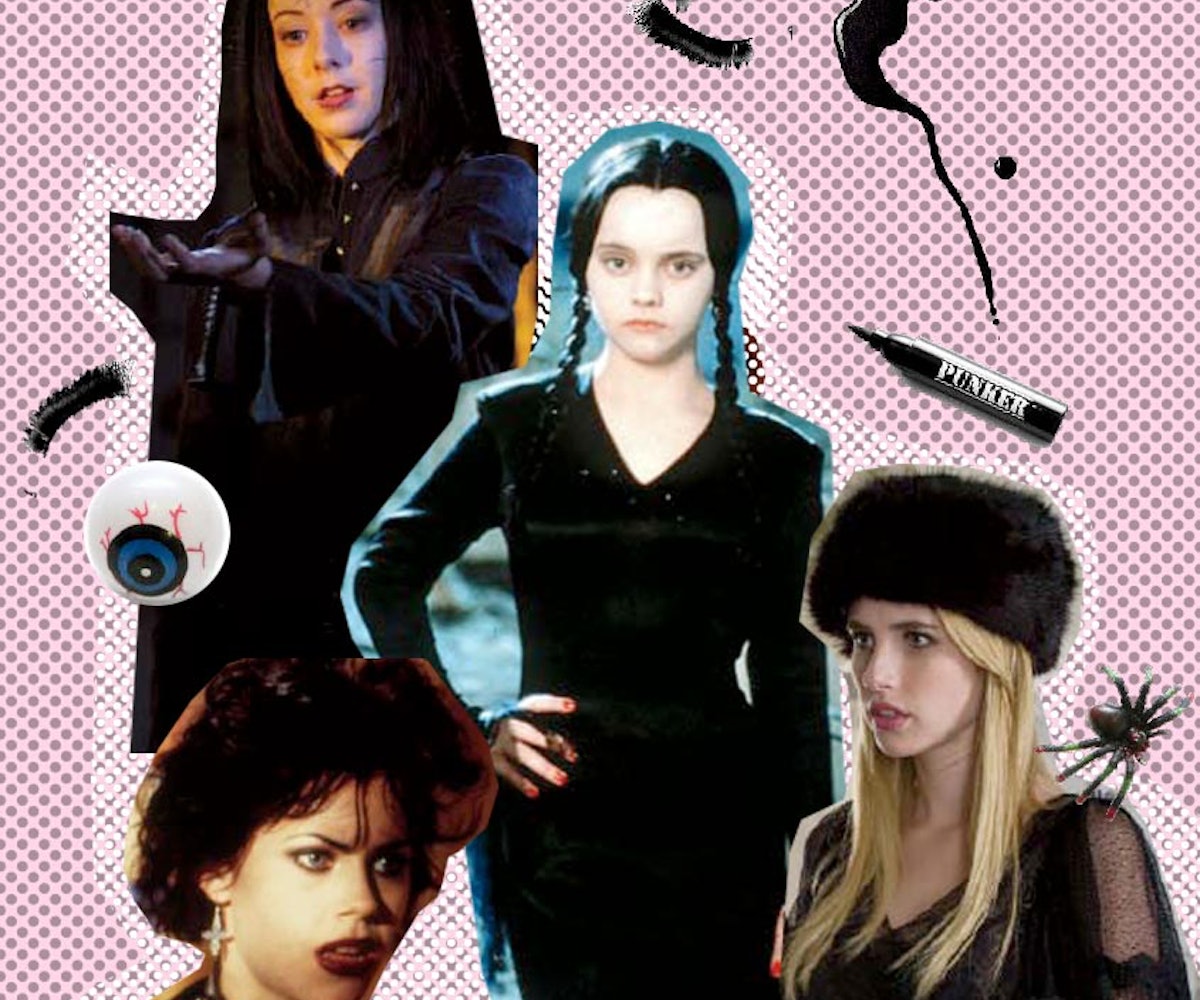 On Halloween, there's only one rule: wear black. We've rounded up four of film's greatest bad girls and showing you how to get their beauty looks this All Hallow's Eve.

Nancy Downs from The Craft

Nancy is a ’90s-goth dream, with eyes smothered in black liner and lips done up in a devilishly bloody shade of crimson—both of which perfectly fit her fuck-you attitude. After stealing spell books at an occult shop and summoning the deity Manon with her three friends, she spirals deeper into her addiction for power— eventually ending up in a mental institution. To do Nancy right, grab your three besties, pick up some supplies (a spiked black collar necklace and schoolgirl outfit), and transform yourselves into the teenage witches this Halloween.

Willow Rosenberg, Buffy Summers’s BFF on the cult- favorite TV show Buffy the Vampire Slayer, is, at first, an adorably geeky sidekick, the kind who wears overalls with daisies on them and wraps her ginger hair up in pigtails. But Willow’s Wiccan powers grow over several seasons—and come into full force after her girlfriend Tara is murdered in front of her. Willow’s once-fiery red strands turn black.

Wednesday Addams from The Addams Family

Grab a black dress with a sharp white collar, and all you really need to do is center-part your hair, braid it in pigtails, and transform yourself into a walking-dead girl. As Wednesday herself once snarled: “This is my costume. I’m a homicidal maniac—they look just like everyone else.”

A narcissistic nightmare who chain-smokes and taunts her classmates, Madison blossoms into a full-blown sociopath intent on becoming the next Supreme, the head of the coven. She quickly gets her throat slit by the current Supreme (played by Jessica Lange)—but this is no big deal for Madison, who’s resurrected and attempts to perform The Seven Wonders to prove that she is, in fact, the next Supreme. Turns out she isn’t, but her all-black ensembles and old-Hollywood makeup remain a glam take on a witchy Halloween.

NEXT UP
Culture
The Madonna Biopic Is Being Scrapped
Culture
Kaia Gerber Won’t Stop Until She’s Cast As Patti Smith In A Biopic
Culture
The 2023 Oscar Nominations Full List Is Here
Beauty
The Best Beauty Looks From The 2023 Grammy Awards
Style + Culture, delivered straight to your inbox.