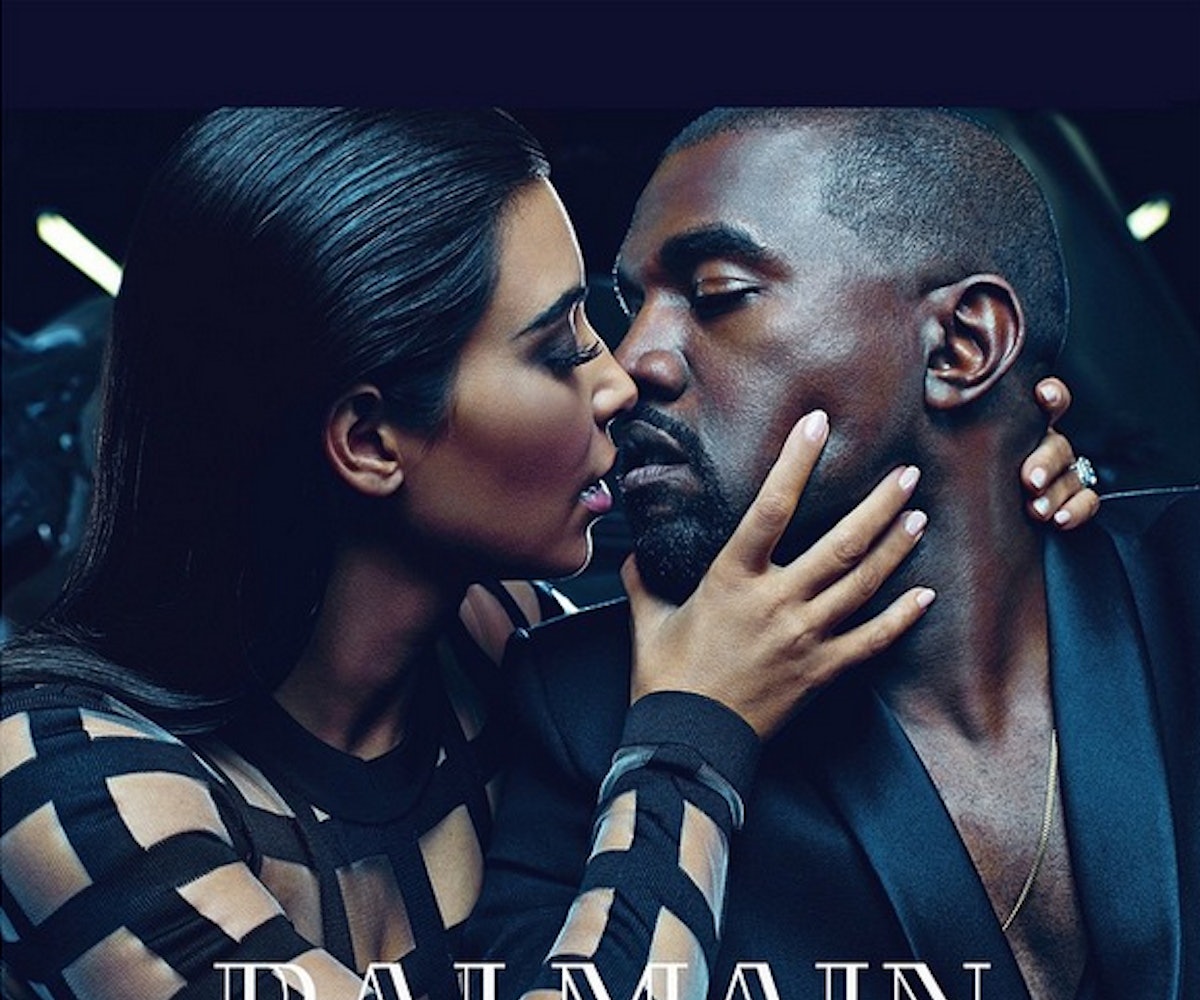 This might not break the Internet, but it'll leave a dent.

Balmain creative director Olivier Rousteing is a recurring character on Kim Kardashian's Instagram, so it should come as no surprise that this morning, he revealed on his own Instagram account that she and husband Kanye West are the faces of the French fashion house's new spring/summer 2015 menswear campaign, dubbed 'Army of Lovers.' Kim and Kanye are often spotted out on the town wearing Balmain, and last November, Kim Instagrammed a picture of three custom blazers Rousteing sent for North, so yeah, they're tight.

The image, which was shot by Mario Sorrenti and features Kim clutching her husband's face, is an aesthetic sibling to Rousteing's 'Balmain Army' campaign from earlier this year, which featured a gaggle of the world's top supermodels. Noticeably missing from that group, which included Joan Smalls, Rosie Huntington-Whiteley, and Adriana Lima, was Balmain favorite and Kardashian half-sister Kendall Jenner.

See the rest of the images below.

NEXT UP
Fashion
Kanye West & Gap Have Officially Broken Up
Entertainment
The Meaning Behind Paramore's Disillusioned Anthem, "This Is Why"
Entertainment
Paramore Announces Album 'This Is Why' For February 2023
Entertainment
Cate Blanchett Plays A Troubled Genius In 'TÁR' Trailer