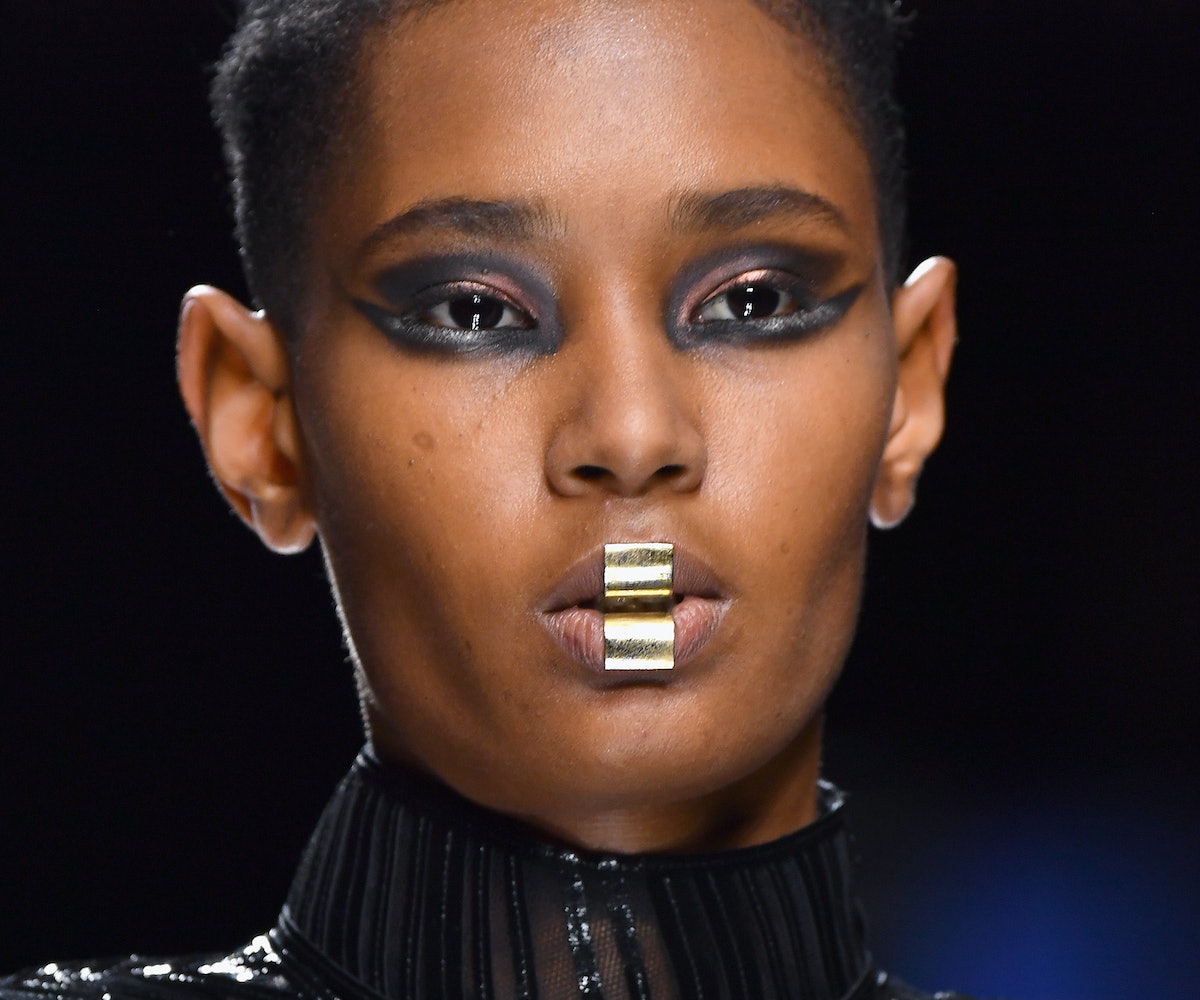 We always look forward to the Balmain runway giving us a peek at next season’s dose of glamour and power dressing (not to mention, a glimpse of several Kardashian-Jenners, whether on the runway or sitting front row). However, this fashion week Olivier Rousteing went less glamour and more grunge, taking his girls for a walk on the wild side.

With Kurt Cobain blaring over the speakers, models wore garments typical of Rousteing’s designs—a lot of structure, leather, and sparkle—and which also incorporated harnesses, acid wash, band tees, and more. However, while we’re all for an ode to grunge when it comes to fashion, the real stunner of this season’s show was the beauty look.

Makeup artist Tom Pecheux created the coolest uniform eye look on all of the models—sticking to the grungy feel of the collection, but with a futuristic touch. Every model had a super smoky cat eye, but with unexpected angles swooping out from underneath, while the inner lids were given a touch of a shimmering, metallic rose gold. While most of the models rocked bare pouts (allowing all eyes on the eyes) a few were given a bold gold metallic stripe down the center of the lip. The makeup look was accompanied by slicked back braids à la Sam McKnight.

Overall, it was a look that was half-alien, half-angsty ‘90s teen—and we certainly won’t be waiting until fall to try this look for ourselves.