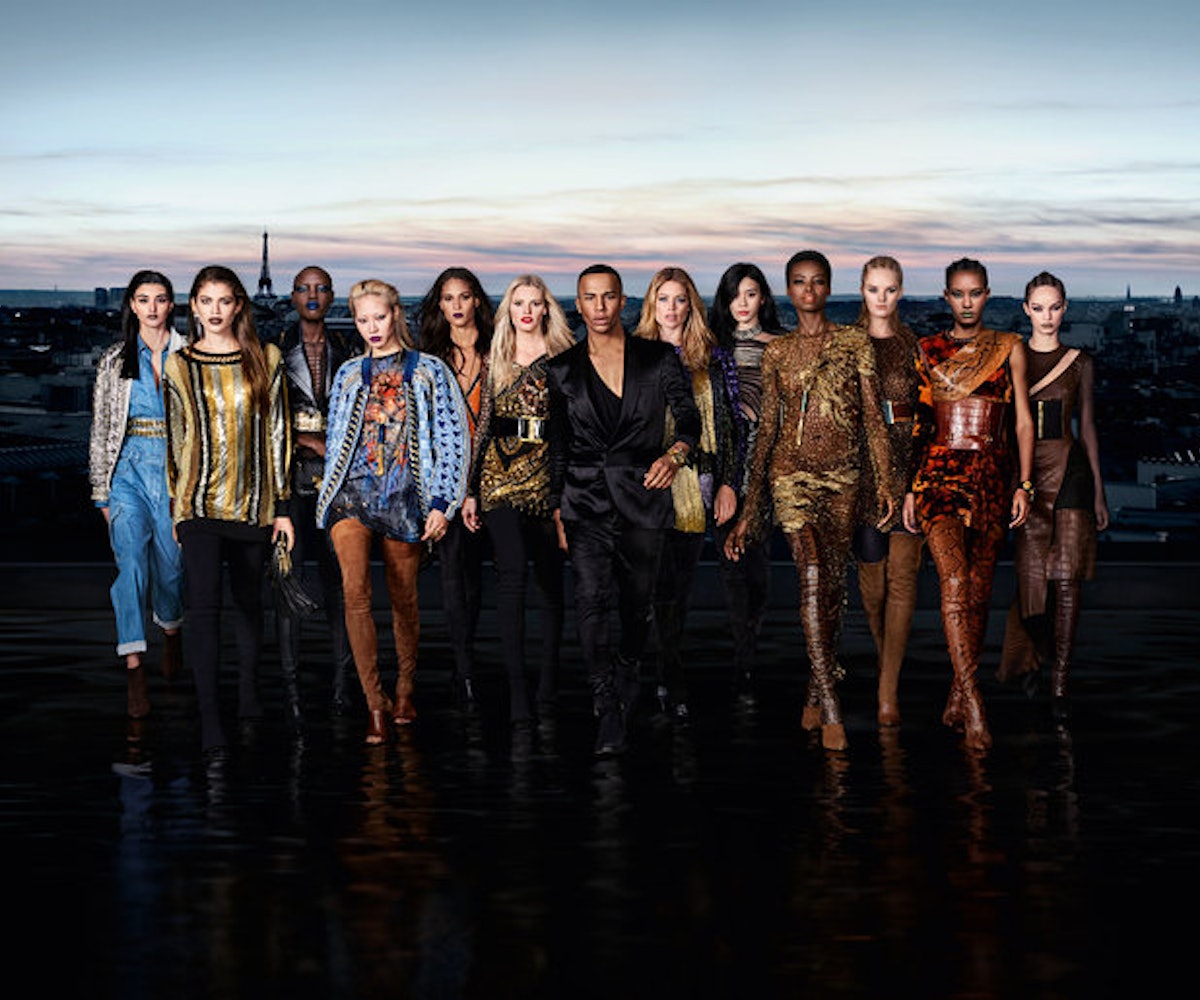 Since the news broke that Balmain’s Olivier Rousteing was teaming up with L’Oreal on a special capsule collection of lipsticks, we haven’t been able to contain our excitement. The May announcement was followed up with a peek at each amazing new Couture Matte shade earlier this month. Now, with the September launch just around the corner, the campaign is finally here. Brace yourself for the return of the Balmain army!

Rousteing chose quite the diverse group to represent the new collab, with models like Soo Joo Park, Neelam Gill, Doutzen Kroes, Grace Bol, and Lara Stone gracing us with their beauty and rocking the soon-to-be-released shades. According to WWD, a joint statement by the brands mentioned that the casting is meant to represent “three tribes of L’Oréal and Balmain Paris femininity,” which is representative of the line’s three themes, Rock, Couture, and Glamazone, with four shades associated with each. The release also stated that the collaboration serves to send a “message of beauty in diversity and female empowerment,” and we’re totally here for it.

September can’t come any sooner. While we don’t have the exact date confirmed just yet, stay tuned, as this won’t be a launch you’ll want to miss.