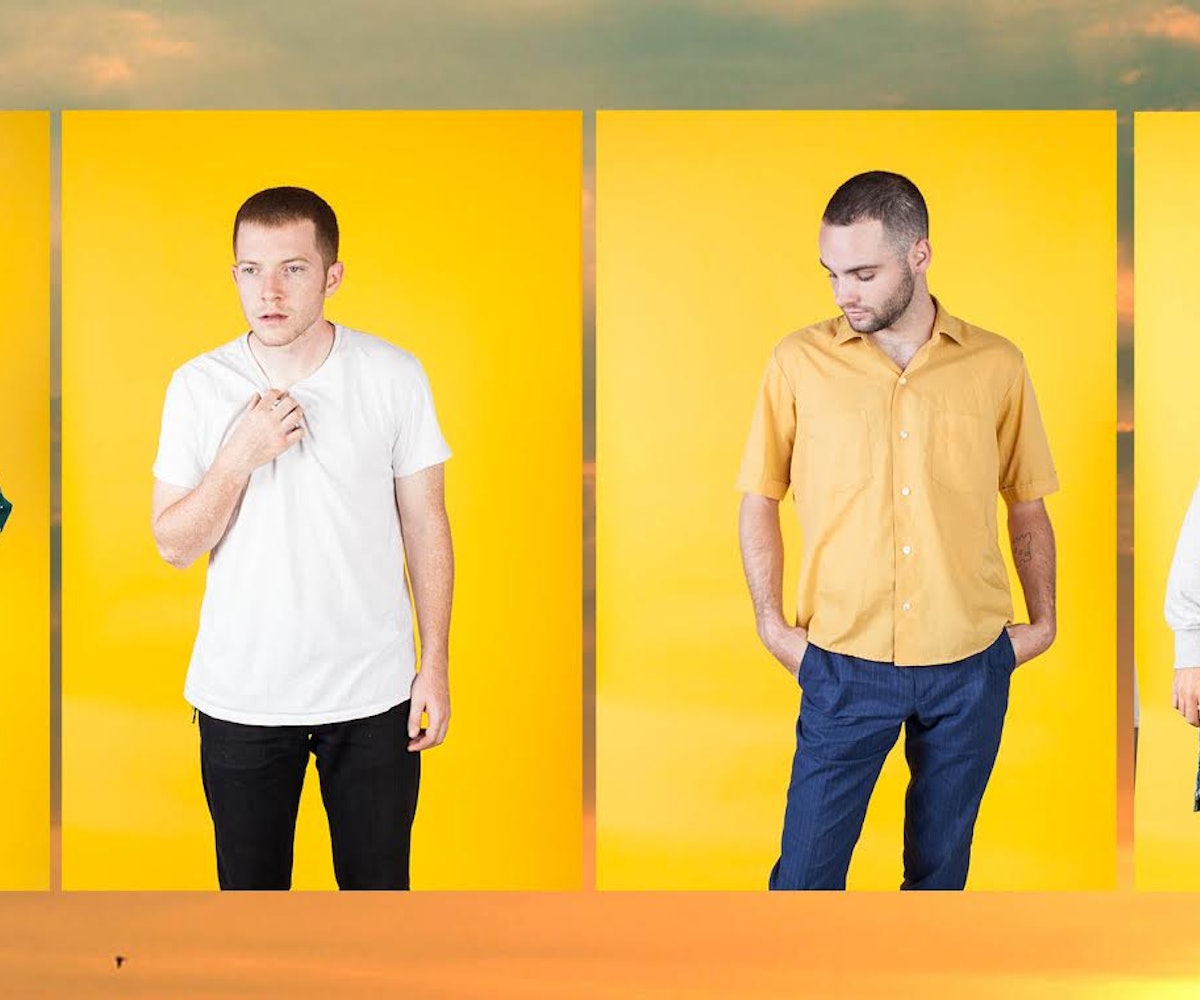 Our guess is that the majority of people who've seen the stinging 2005 documentary Enron: The Smart Guys in the Room weren't inspired to write a song about it, but Alex Casnoff isn't most people. The frontman for California indie rock foursome Harriet was so incensed by what he saw that he went and wrote "American Appetite," a sprawling and spacious anthem that became the title track to the band's new album, out this Friday. "I came away so angry." Casnoff says. "I mean, how could you not? But I also became obsessed with Jeff Skilling. I watched his congressional testimony on repeat. I needed to get inside his head, because it wasn't just pure evil, it was a sociopathy condoned by the entire financial system." Based on the title of the 12-track album, you can bet the rest of the album will be a commentary about consumption in this country—the things you consume and the things that consume you. These are big, heady themes for a band that is still finding itself, and a promising sign of things to come.

We recently spoke to Casnoff—who won't consider himself a success until he moves out of his mom's house—about his band's upward trajectory, trying to relax, and his desire to be creatively fearless.

Power clashing. I like wearing a suit with a Nike compression shirt. Or high-waisted sweatpants with an Oxford. It's the same with our music, as soon as we come too close to something being able to be classified, we throw a medieval instrument on it. But fashion wise it's like health-goth, with absolutely zero goth, and just the right amount of black tie.

A career starts when you're getting paid in money, right? I'll consider it a career when I move out of my parents’ house.

Out of my parents’ house.

It's all a continuation. It's hard to separate things as separate projects. Like we just put out a bundle of songs and demos and photos and videos, that didn't make it on our record for BitTorrent.

Definitely this record. It took way longer than we thought. But the thing I love most about it is how surprising it ended up being to us. It's not the record we initially intended. We had to let go of a lot of control to allow ourselves to grow, to cut songs, and write new ones. We had a "finished" record two years ago, but the time it took for things to settle allowed the record to be so much stronger. Allowing for discovery in the creative process I think is extremely important.

Mario Batali. Just eat pasta constantly. Although it would probably get annoying the fifth time he corrected my egg scrambling technique.

I only listen to talk radio in the car. I need company. KCRW or NPR is my favorite, except when they play music.

Shia Labeouf. I'm trying to make it all the way to the top of the mainstream, and then throw it all away by acting insane so I can start making art music.

I feel like there's no time period that doesn't require qualifiers. Paris in the twenties? NYC in the seventies maybe, even though it was fucked in a lot of ways it seems like it would be hard to not have had extremely alive experiences.

I just asked my mom "when I'm most relaxed" and she's literally been in a silent thought for two minutes. And now she's rambling and I don't think she's really found an answer.

I was obnoxiously stubborn and argumentative.

My empathy and curiosity. Sometimes it gets me in trouble but it's hard for me not to find something empathetic even about terrible people. I always want to find out why.

I am scared of everything.

I love tennis so much I have the word tattooed on my knee.

I love pottery. I don't feel like I have time right now, but one of my friends has been making these beautifully simple mugs and bowls and I'm very jealous.

Anything with dogs, playing piano or children on dentist's drugs.

I just want to take more chances. I want to be fearless. As stated above, everything is scary in the physical world. My creative life is where I feel like I could be fearless. I'm not there yet. I think it's about losing judgement. I want to be brave enough to be terrible, not just bad. I'm not afraid of failin—I do it all the time—but I think until I'm not afraid of being terrible, I'll never be incredible. There's such a fine line.

NEXT UP
Entertainment
Paramore Finally Has A Release Date For New Music
Entertainment
Taylor Swift Revealed Another 'Midnights' Track Name
Entertainment
NCT 127 On '질주 (2 Baddies)': "I Think We’ve Truly Shown Who We Are Now"
Entertainment
Getting Ready With Pale Waves For Their 2022 New York City Concert