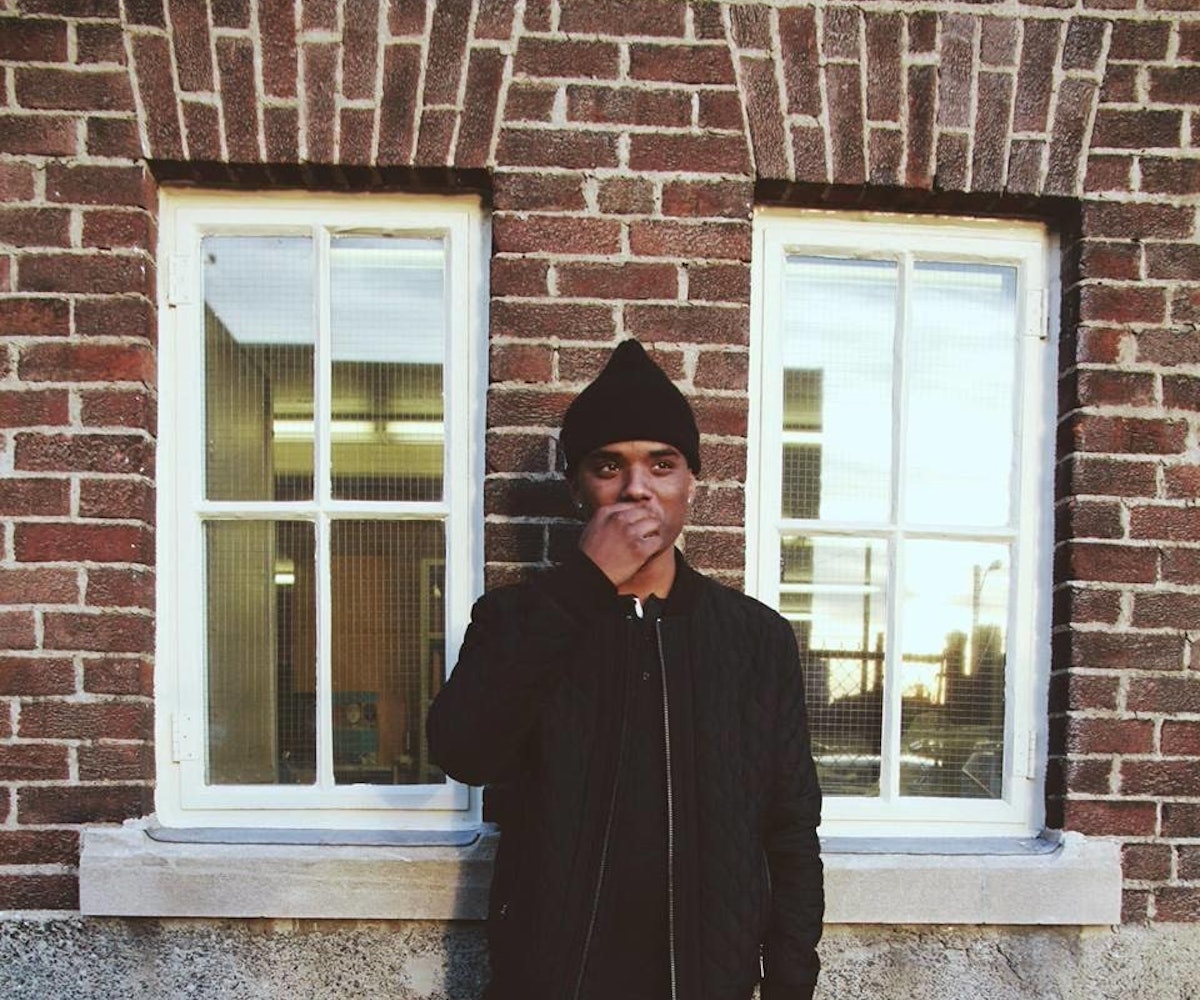 When you think of rich, synth-y R&B out of Toronto, one name comes to mind. But that's about to change thanks to Jahkoy Palmer, a promising 21-year-old producer and singer who abandoned his ambitions of being a rapper and left the 6 for Hollywood armed with a silky voice and taste for electro grooves. It was there that Palmer, who rebranded himself JAHKOY, met producer Daniel D'artiste, known best for collaborating with Willow and Jaden Smith. After D'artiste shared Palmer's music with Jaden, the Smith siblings became immediate fans and invited him to join their artist collective, 1234 Creations, which boasts 17 members across the globe and plans on releasing an LP in the near future. In the meantime, Palmer, who has collaborated with Willow in the past and who brought out Jaden at his New York show last night, is about to release his debut album, Tempations this fall. The album's lead single, "Still in Love," which you can listen to below, is slinky, buzzing, and brazen. We can't wait for more.

I describe it as "bipolar sound." Expect what not to expect.

I have been writing music since I was about 11, started rapping at about 14, and just last year I decided to make the switch to singing. I was inspired by love—I fell in love with a beautiful woman.

In 5 years, I hope to be inspiring others to follow their dreams. The typical response would be to sell out arenas and travel the world, but I definitely want to do that too!

My next project is titled Temptations, and I'm hoping to have it ready by the end of summer.

I am most proud of the fact that I have found myself as an artist. I am in a very comfortable place and I could not be happier about where things have gone.

Wiz Khalifa, hands down. My favourite guy, he’s just so chill. I aspire to be as influential as he is.

What is your favourite driving music?

I can’t stress it enough, but I wish I were a teen during the '90s. Music was at its strongest peak. Every genre brought life. Music today is great, but it’s just not what it used to be.

I usually take some of my “special medicine,” put some headphones on, and find myself sound asleep.

It’s kind of hard to explain what kind of person I was. I was really cool with everyone, but I wasn’t very outgoing. I went to three different high schools in four years and I started taking music very seriously during those years. I got in with the cool kids and the not-so-cool kids, so you could say I was a mixture of both.

I have a lot of patience in life. Maybe too much patience but I am proud of it. Not having enough patience could get you put in the wrong places.

I love love. I am a sucker for it. Can’t help it but I look forward to sharing open feelings with somebody someday.

I hope to grow through experiences, I’m very absorbant of new environment and meeting new people. I can only hope along the way I will come across all that is required to help me grow as a creative person.