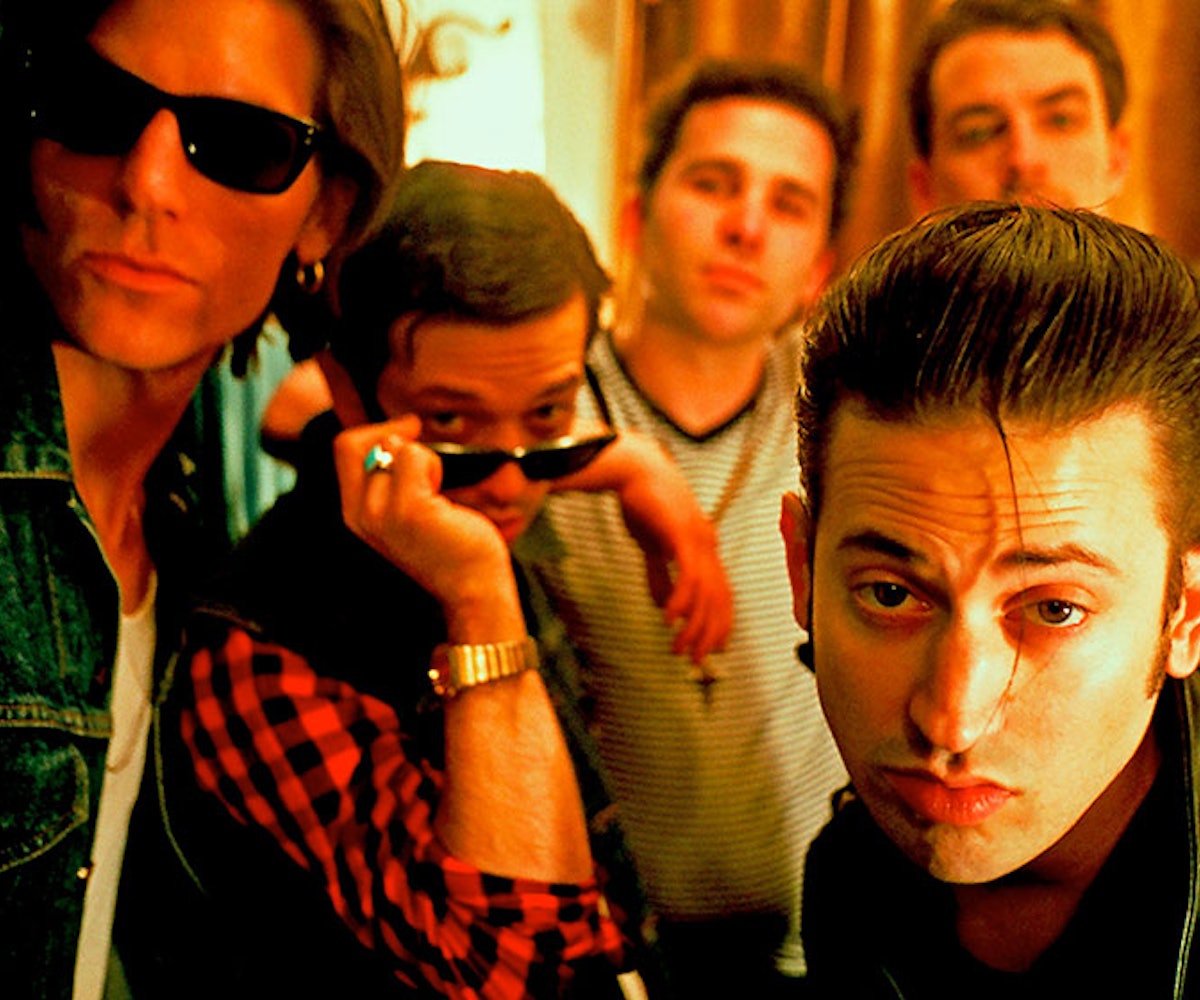 photo courtesy of jeremy & the harlequins

When we think rock 'n' roll, we think classic badass—and there's nothing quite as badass as writing an entire album in just one week. Leave it to

Jeremy and the Harlequins

to come together by chance, click, and churn out a record that evokes the crooners and jammers of times past in just a few days. With some melancholy yet playful vibes reminiscent of both Elvis and Buddy Holly, the group of five stays true to their acoustic rock roots while mixing in their own definitive style. It's not vintage—it's retro.

With their new album,

out February 10, a vinyl release scheduled for May, and a song in the recent Tom Cruise film

Jeremy & The Harlequins are poised to start a classic rock 'n' roll revival. Their new song "Some Days" is the perfect cloudy day jam, giving classic rock vocals and percussion a personal touch, making for a song that works just as well in 2015 as it would in 1955.

Read our interview with singer Jeremy Fury and listen to "Some Days" below. Check out the band on Facebook.

How did the band get started?

Craig and I had been working on music for awhile after our previous bands split.  It took us awhile to find a few more members to add to the gang. My brother, Stevie, just happened to be back in the USA visiting. We started working together and the sound just came together. As far as Patrick, we miraculously met Patrick only a day before we started working on the record. We met Bobby very recently at a rock 'n' roll show.

Buddy Holly, Gene Vincent, T-Rex, Mott the Hoople, New York Dolls, Elvis (both of them), Roy Orbison, and the band that guy who Kanye West recently collaborated with used to play in.

I think Woody Allen had it right with Midnight in Paris. Take that how you will.

What kind of people were you guys in high school?

I was quiet and played a lot of music. Stevie was everybody's best friend. Craig was the cool skater dude. Patrick was the class clown. Bobby wore black jeans and a leopard print jacket.

Stevie was a chef in Paris at the US embassy and use to cook for diplomats and generals. He quit to play rock 'n' roll with us. Craig is into all things design whether it be rebuilding his apartment from scratch or taking photos on old cameras. Patrick has a little boy named Teddy. Bobby is an Aikido master. I watch Bob Ross Joy of Painting videos to fall asleep at night.

Most any of the ones with that guy from Ancient Aliens.