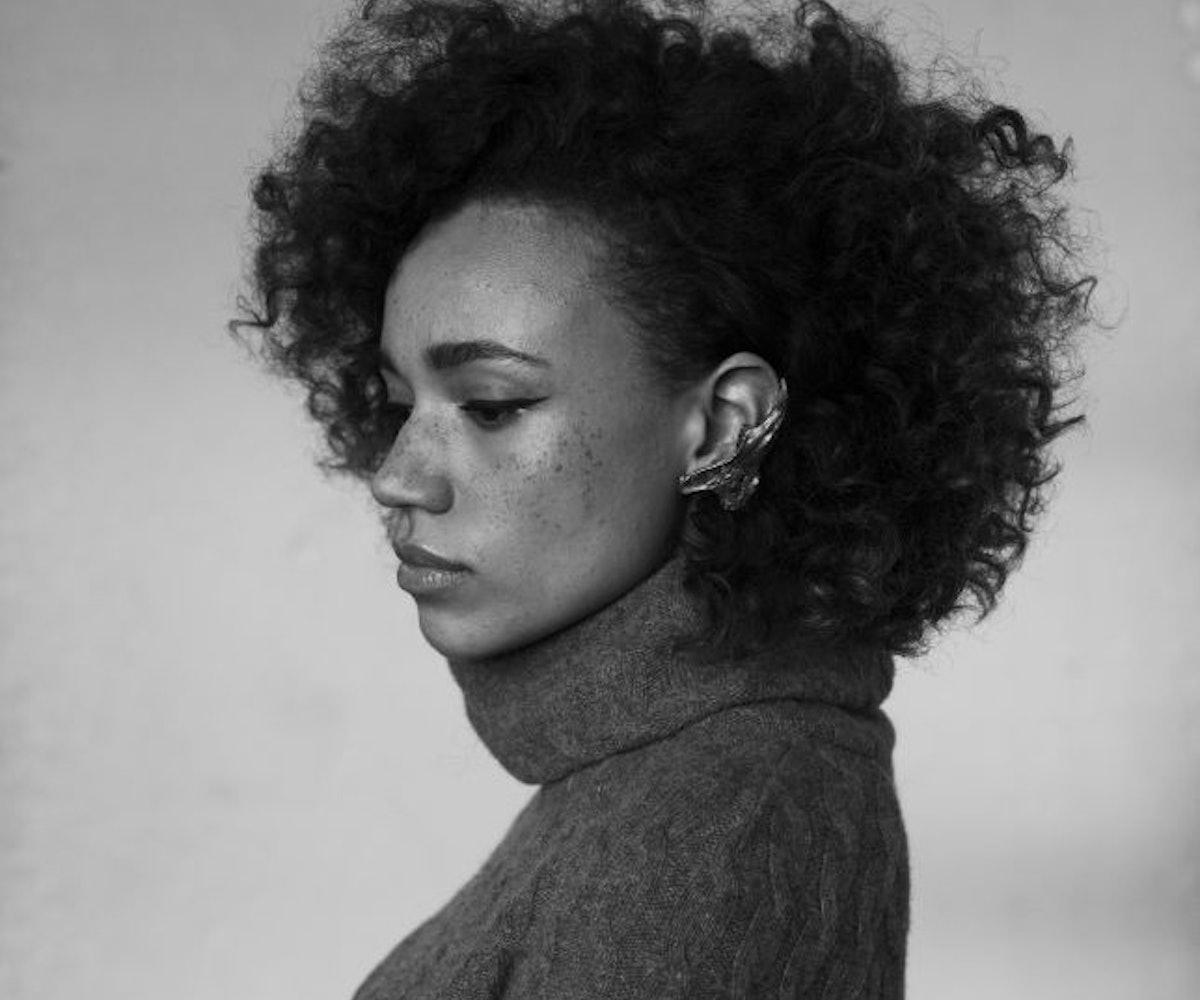 Raised in East London, Cherie Jones first started singing to her mother’s soul music cassette tapes when she was a little girl. Turning to her journals and diaries for songwriting inspiration, she began remaking her entries into songs only a few years later and created JONES. More recently, she’s worked with everyone from Rodaidh McDonald, Raffertie, A.K. Paul (Jai Paul’s brother) and Brunelle to craft her uniquely blended sound. With her tracks “Indulge” and “Deep,” she blends layers and elements of electro-pop in a way that’s earned her comparisons to some of her own musical idols like Lykke Li and Little Dragon.

While her tracks have a catchy pop feel, she writes very emotionally-driven lyrics about love and living. Her recent EP, Indulge, is an '80s dream-pop record that showcases her sensual and self-assured voice. With upcoming London dates, festival slots, and summer touring, you should keep your eyes and ears on JONES. Here, we talk about her influences, dream collaborators, and how she found a life in music.

You were raised in East London, which is such an eclectic and unique corner of the city. How do you think that has influenced you musically?

Yeah, I grew up around East London! When I was quite young and I was in school, I signed myself up for a music singing and production course. I would go to that after school and on some weekends, and it was a great chance to meet people my age and learn about singing. There’s always so much stuff going on around here, and there are always people I want to work with and bounce ideas around with. I’d say it was a good place to be growing up, definitely.

Tell us about your journey into music. What’s your first musical memory?

It was probably at home, actually. My mum was always playing music, and she liked a lot of different styles from soul to reggae and pop. I got introduced to music just by being in the car with her and listening to Bob Marley on the tape player! As I got older, I just listened to my own stuff and practiced singing. I liked a lot of pop music when I was young and then started getting more into electronic stuff. I used to write diaries a lot, and then I started writing songs from those. It all sort of evolved from there.

Your new EP Indulge has an electro-pop edge but also has very emotional lyrics. How were you able to successfully blend the two?

The beauty of working with other people is that you can sort of draw the best from yourself and the best from them, as well. You can create something that you may not have been able to do on your own. I was lucky to work with some really great people like A.K. Paul and Rodaidh McDonald and these guys called Brunelle and a producer called Raffertie. They really helped me to figure out what I wanted to say and how I wanted to sound.

What are the stories behind the tracks on the EP?

Let’s start with “Deep.” A lot of people think that song is completely a love song, but it’s actually about me sort of watching my friends and myself in the past. It’s about going around in circles. Like, when you get caught up in negative habits, or when there are things happening that you want to change, but you get stuck in a rut. It’s kind of about my frustration with wanting to help my friends but not really being able to. As a friend, you can only really watch people make their own mistakes and just support them. “Deep” is about that.

Then there’s “Indulge” which is more of a love song. It’s me reminiscing on the feeling when you’ve first fallen in love, and it kind of has control over you. It’s that feeling when you know that it’s wrong, but you still want to give in to it. It’s not wrong to be in love, but it’s wrong to let it take over I think.

If I’m going in the studio with somebody, I like to normally start with the melody. I like to first hear where it’s going melodically. I’ll listen to that and really think about what it sounds like to me and kind of grow it all from the melody.

Are there any artists that you’d love to create something with one day?

I’m a huge fan of Tame Impala. They’re something totally different to me, and I love the melodies they come up with and that sort of psychedelic groove that they have. It’s definitely on my wishlist to do something with them and to really create something different.

Are there any East London bands that you’ve been enjoying lately?

I honestly don’t know of any people directly from East London right now. I know there’s a lot of exciting stuff, but I don’t listen to that much new music really. I’m kind of in my own world!

I saw that Sam Smith Instagramed a photo of the Indulge EP cover the other day. That must have been really cool.

Yeah, it was very exciting! I’ve never met him, and I wasn’t aware that he knew of my stuff. I got a call from a friend of mine saying, "Cherie, you have to go check Instagram now!” I was so surprised when I looked. Obviously, I’m really pleased that he likes it; that’s a massive compliment, because I think he’s great. He also seems like such a nice guy.

Have you always wanted to be a musician?

Yes, it has definitely always been my passion and my focus. Since I was a young girl, I’ve always been making up dances and learning how to sing. Yeah so, it’s been the one thing that I’ve always been so passionate about. I find music to be a great escape from everyday reality. It can be very therapeutic as well, so it’s a bit of a blessing to be able to make music and just kind of zone out from everything else.

I’ve got some live stuff coming up in London, which should be fun. I’m going to be supporting an artist called Royce Wood Junior at the end of this month, so I’m excited about that. And then I’ll be doing a slot at Visions Festival in London. Aside from that, I’m just going to be working towards the album really. Just writing and creating and getting as much quality music done as possible. That’s my focus, writing and performing.

For people who aren’t familiar with your music yet, how would you describe JONES?

I’ve always been an observer. I’m the one who loves to sit back and people watch, and I also like to watch myself. So I think of JONES as a calm observer. A person who kind of watches the world, who observes and wants to make it a better place.