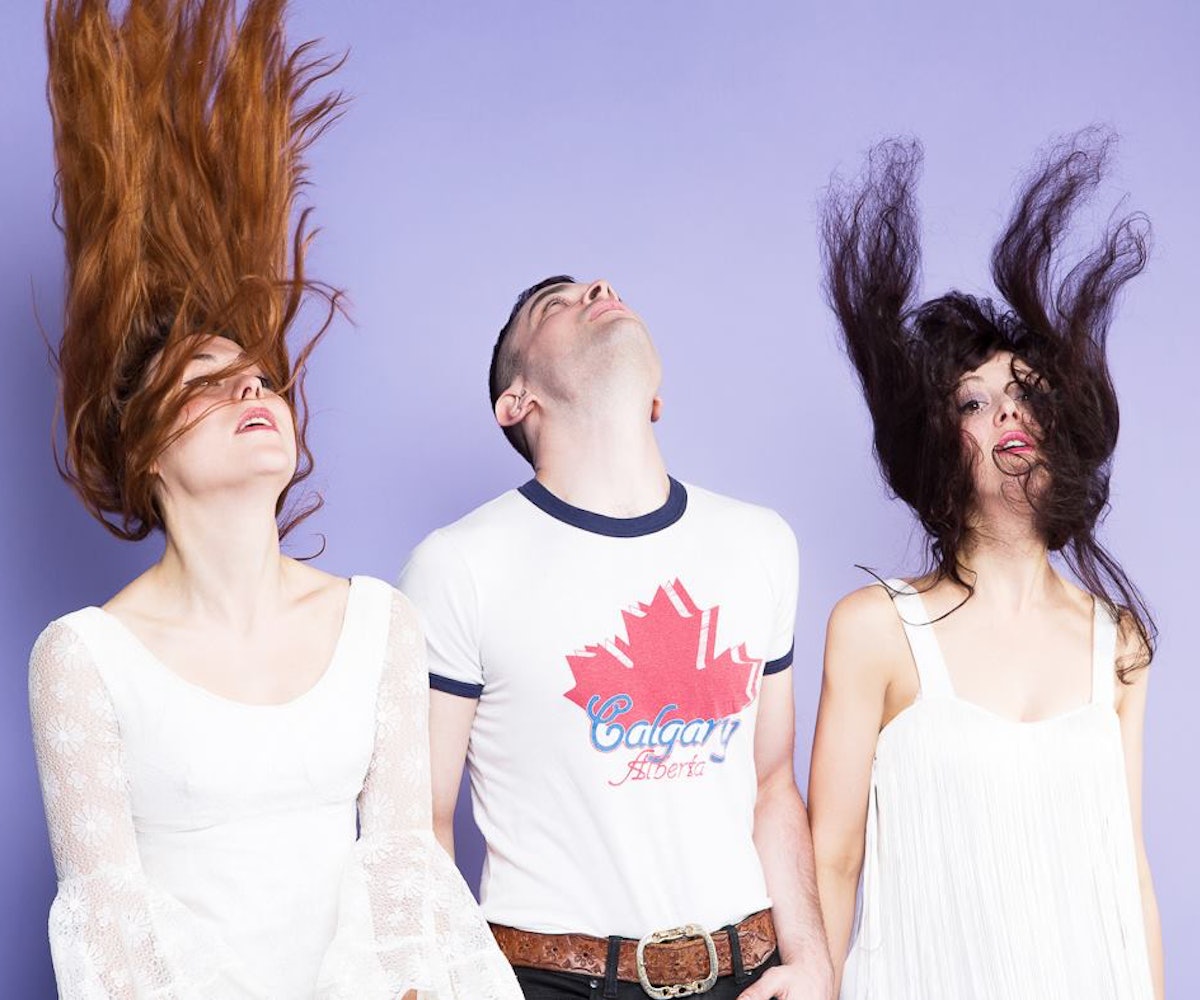 If Twin Peaks' Bobby Briggs and James Hurley put aside all of their differences and started a band (inspired by the love, loss, and life of Laura), they'd sound exactly like broody three-piece Pearls. Since getting together in 2011, the '70s-inspired Australian band—comprised of Cassandra Kiely, Ryan Caesar, and Ellice Blakeney—has quietly been reviving glam rock, infusing it with hazy synth pop elements and breathy bedroom vocals. Their upcoming LP (streaming below), Pretend You're Mine, is both completely fresh and familiar (it's ripe with allusions to Blondie, The Kinks, Ariel Pink, and, yes, the Twin Peaks score). Basically, it's the music that soundtracks your wildest nightmares and walking daydreams.

How did the band get started?

Ellice ran away to Melbourne for love, met Cass, became buddies, bonding instantly over music whilst working in a shop together. The two gals roped in "love" Ryan who could actually play and Pearls was born in a dank rehearsal space South of the city.

Finally having a record out that we all are really proud of and knowing exactly how we want the next record to sound like.

The Stones, still travelling the world, still mates, still alive!! Yo La Tengo, 30 years on and still making killer songs whilst all the oldies are still as relevant as anything else going around.

What kind of person were you guys in high school?

Ellice: Quiet and under the radar.

"Hair is the first thing. And teeth the second. Hair & teeth. A man's got those two things he's got it all" - James Brown