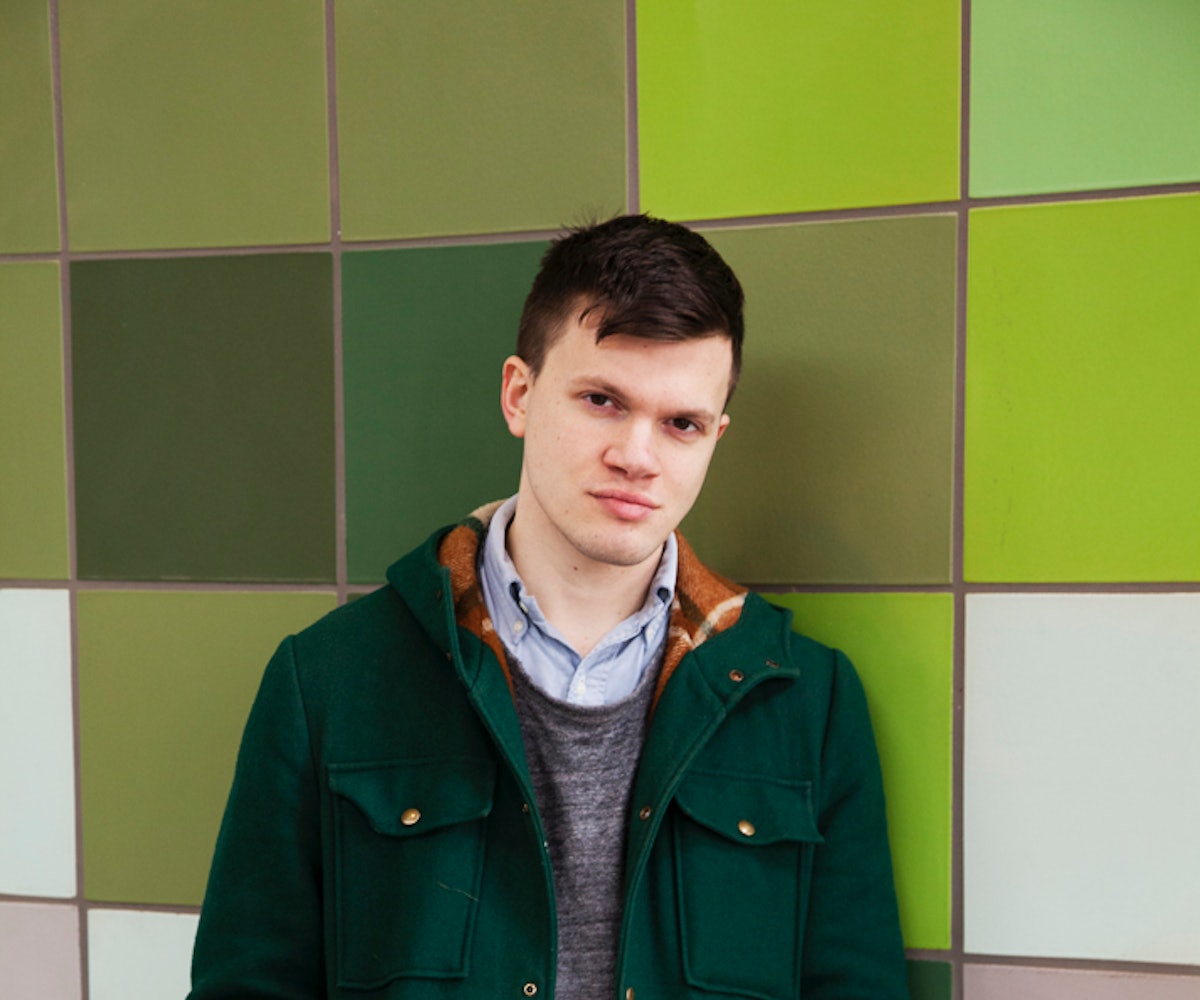 Listening to Sasha Chapin’s debut album, Golden Ticket, is a lot like opening a bag of chips. Maybe you had no intention of finishing the whole thing, but before you’ve had enough it’s all gone—again. The Toronto singer and songwriter creates tiny morsels of tenderly crafted pop music which highlight everything bitter and sweet about relationships with the austerity that only pop music can provide.

Over 13 tracks, Chapin takes listeners back to the after-parties you don’t remember being at, text messages sent too impulsively, and tables for one, but he does it all with the uninhibited enthusiasm of someone who just found a five dollar bill in their spring jacket. On "Number One Dad," he sings, “You’re like my favorite song/I don’t know all the words/but I can sing along” and wistfully captures the naivety and charm of romance while simultaneously offering us all a line to scare first dates away with.

Chapin’s catchy and charming melodramatic songs are bed-headed conversations that orbit the delirium of love, but it’s not just ex-girlfriends that he has on his mind, so we checked in with him to hear about his nervous breakdown, procrastination, and well, inevitably ex-girlfriends.

What were you doing before you started playing music?

I was writing a novel. I was doing that for two or three years and then I had a nervous breakdown and needed something else to do, so I started writing songs.

Did themes that you were exploring as an author carry over into songwriting?

I’ve always been interested in fiction that explores interior life as much as events within drama. But my fiction was mostly concerned with displaying my intelligence to strangers, lots of long verbose passages. Kind of like cotton candy, just all bundled together. Songwriting has really allowed me to resist the impulse to be so verbose and grandiose because there are fewer syllables.

It’s funny you say that because your songs are very short and concise, by pop standards.

I think the brevity of my songs has a lot to do with insecurity. I don’t want to bore people. I like a lot of short music, Guided by Voices, early Beatles stuff, but I’m also at a point with my songwriting where when I stumble upon a good hook or a really nice structure, I don’t want to mess it up.

Can you trace your desire to make music back to a particular song or moment?

It was a party in high school. I was stoned lying on the couch, and Sgt. Peppers was on the stereo like it is at a high school party. There are two sections to the Sgt. Peppers theme: track one, and the reprise at the end. There’s this one line where there’s a variation on the theme. Instead of singing “Sgt. Peppers lonely heart clubs band” they sing “Sgt. Pepper’s one and only heart clubs band” and there’s this beautiful fluidity to the melody right at that moment. Something really shocked me about the melody of that, how it seemed so intuitive and primitive yet obviously a product of tremendously intelligent craft. Right after my nervous breakdown I spent a lot of time wandering around at night listening to my favorite pop music, my comfort music, and listened to that track over and over again. Even just that one line, trying to absorb what went into that moment.

How do you procrastinate?

I go on my computer and tell myself I’m going to learn about something serious and then I end up looking at pictures of my ex-girlfriends.

What’s something people are surprised to hear you’re really good at?

People are surprised to hear I’m a bit of a jock. I have a workout I do with a sledgehammer every morning. I put on reggae and swing a sledgehammer around, that’s how my day starts. Like so many things in my life it started with a chance encounter on the internet.

If you could be paid in anything other than cash what would it be?

I had my earwax removed at the doctor the other day and it felt amazing, so I’m going to go with periodic ear waxing.

What band would you choose to support you on tour?

She’s way above my pay grade, but Sharon Van Etten.

What would be the ideal setting for someone to listen to your album in?

Someone told me they used my album as make-out music the other day and that’s about the most flattering thing I’ve ever heard. I guess the same way I listen to music, walking around at 3am, trying to fill your mind with something just to get through the moments. Or while eating handfuls of food from the fridge. Moments of comfort that have a shameful element to them.

The name of your album, Golden Ticket, reminded me of Charlie and the Chocolate Factory and exclusivity, but what does it mean to you?

I had a long list of potential album titles and my friends, who are generally smarter than me, talked me out of every single one of them. Some were Mental Health Album and Avoid Situations, which is a HorseEbooks tweet I really liked. I think one theme that occurs a lot on the album is relationships that are a bit too loving, a bit too intoxicating, and a bit unbalanced. That’s an idea that resonates a lot with me, overindulgence, something being so good that it overwhelms your farsightedness and any boundaries you thought you had. So that can be a chocolate bar, or it could be a person.