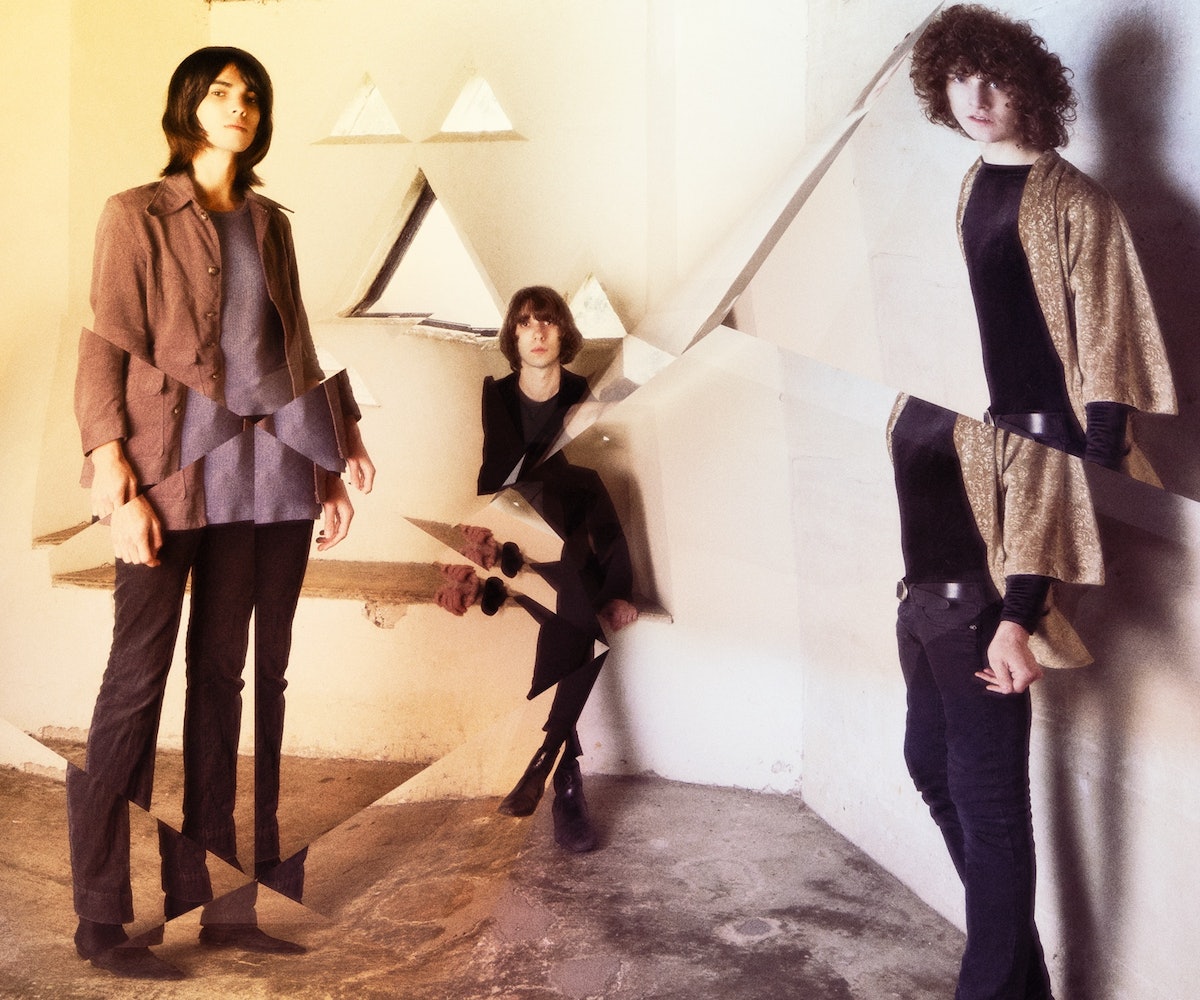 There's something to be said about a band that's just finished up a big world tour before even releasing their debut album. Which might explain why Temples--the Kettering, England four-piece comprised of Tom Warmsley, James Bagshaw, Sam Toms, and Adam Smith--has garnered so much buzz. With a sound that seems to travel through time, straight out of the '60s (and with a look to match), you could say that Temples is our hazy, sonic dreams come to life. And, with their retro-inspired debut Sun Structures finally coming out in February, they seem poised to live up to--and, yes, surpass--the hype.

Of course, the buzz has been a double-edged sword for the band, with the "psych-rock" label attached to them and a slew of other groups playing right now. But to call them psychedelic would be a mistake, because according to Warmsley, Temples' bassist, that's not what they're about. "We're really big fans of a more traditional way of songwriting, the kind of unusual and odd: Pink Floyd, Soft Machine, David Bowie--they write pop songs, but they always have this kind of alien element to them."

So, no, it's not the psychedelic spins you get when the band take the stage in their majorly awesome vintage clothes (probably from Dollymix, which Warmsley admits is his favorite shop in Leicester). Instead, what makes them so good is how adept they are at blurring the lines between reality and imagination--and that includes everything Temples touches, from their lyrics right down to their album art. "The visual inspiration comes from those '70s punk rock covers, that cross between realism and surrealism and I think Sun Structures sums that up. The music creates an atmosphere and a feeling. It's really important to take the listener somewhere," says Warmsley.

So where do I go when I listen to tracks like "Shelter Song" and "Keep In The Dark," both off of 7-inch records that are already out? London, circa 1964, where I'm sporting go-go boots while driving around in an old Volkswagen with the windows down--and let's face it: If just a few singles can do that to me, it's hard to imagine what will happen when I put the needle down on an entire collection by the not-psych-rockers, but if I'm lucky I might just end up in Leicester.

Go explore the world of Temples and see where you end up!