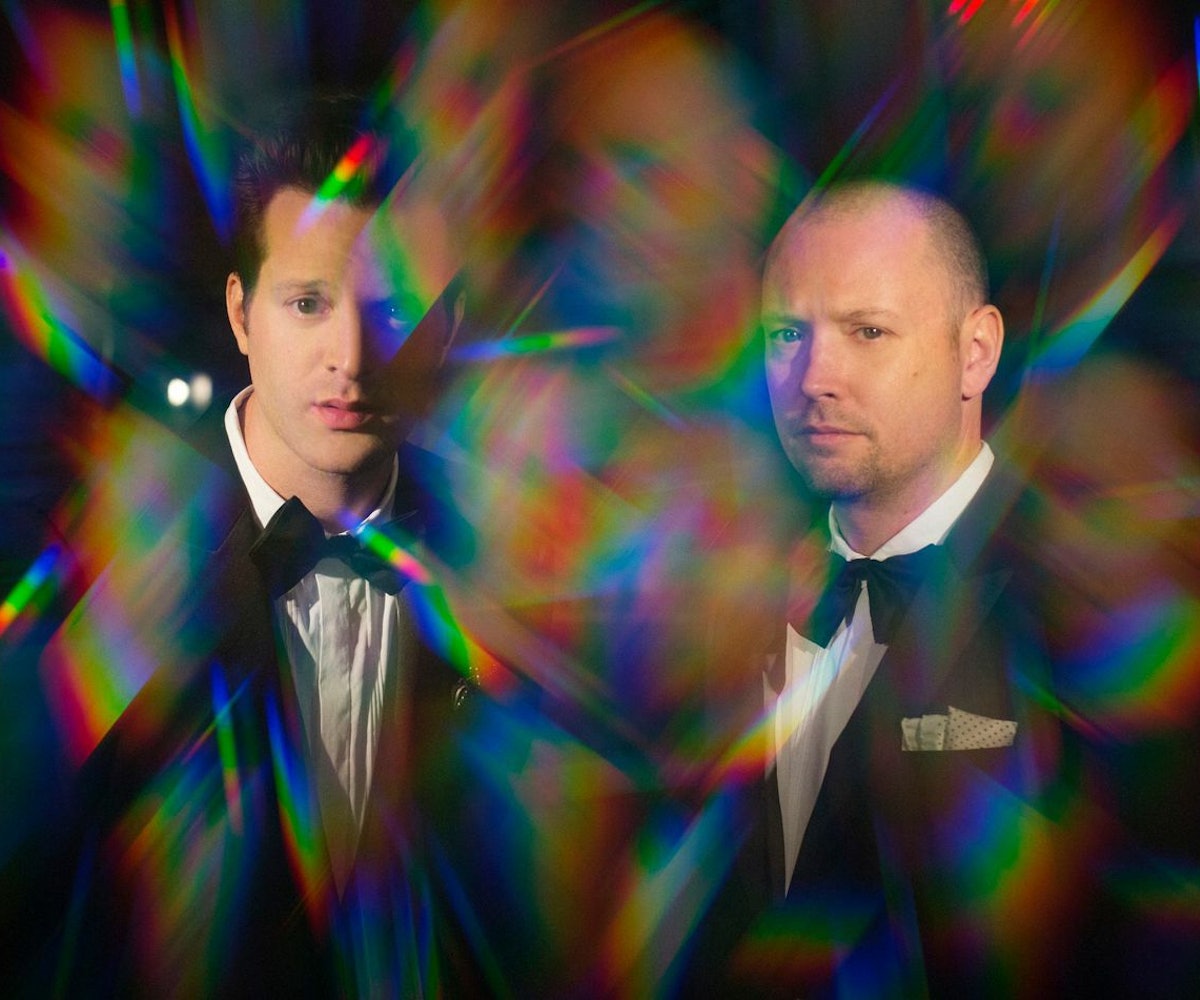 When Mayer Hawthorne met Jake One at a hip-hop concert in 2005, a musical bond was born. "We traded mixtapes and realized that they had some of the same songs on them," says One, a Grammy-nominated producer who's worked with some of the biggest names in underground hip-hop. Hawthorne, of course, is a star in his own right, and through three solo albums has been largely known as a soul-revivalist who wears his hip-hop influences on his sleeve. Together, Hawthorne and Jake One form Tuxedo, a group whose sound can be described with one, simple word: funk. Their self-titled debut album came out on March 3 on Stones Throw Records and is a testament to that, using sounds from the past to create an album that sounds very much like right now. Let's find out more about them.

How did Tuxedo get started?

Jake: "Mayer and I met at a rap show in 2005. We traded mixtapes and realized that they had some of the same songs on them. These were pretty obscure boogie funk records so that was crazy. We stayed in touch and then one day I sent him a boogie track that I made. I didn't even ask him to, but he wrote a whole song to it and sent it back the same day."

Mayer: "Hopefully I'm not listening to smooth jazz. I'm terrified that one day I'll actually like it. I've instructed my manager and all my friends to forcefully end my career if it ever happens."

Mayer: "I've been working on my line of super-limited art t-shirts calledFBC. I design them all myself and hand-number them. I use the proceeds to fund after-school music programs for students in Detroit."

Mayer: "White Zombie is the best driving music ever."

Jake: "The Above the Rim Soundtrack."

Mayer: "I'd say Barry White but his career ended pretty badly. While he was alive though, he brought so many people together and made them feel so good. And he never compromised his music."

Mayer: "Cooking. Lately, I've been a savage in the kitchen. Chef Hawthorne."

Mayer: "I have the uncanny ability to fall asleep anywhere, any time. Not like narcolepsy, that shit is bizarre, but I can drink a cup of coffee and fall asleep. It's so warm and soothing and it smells so good."

Mayer: "I was so fucking cool. I totally peaked in high school. It's all been downhill since then."

Mayer: "I don't even know what qualifies as a "meme" any more, but Drake is clearly the undisputed meme king. When the internets went wild with the 'No New Friends' pic. That was highly entertaining."

Mayer: "Man, I'm more worried about just maintaining. I think everyone naturally gets jaded and lazy as they get older. Especially if they're successful."

Mayer: "Don't fake the funk on the nasty dunk."