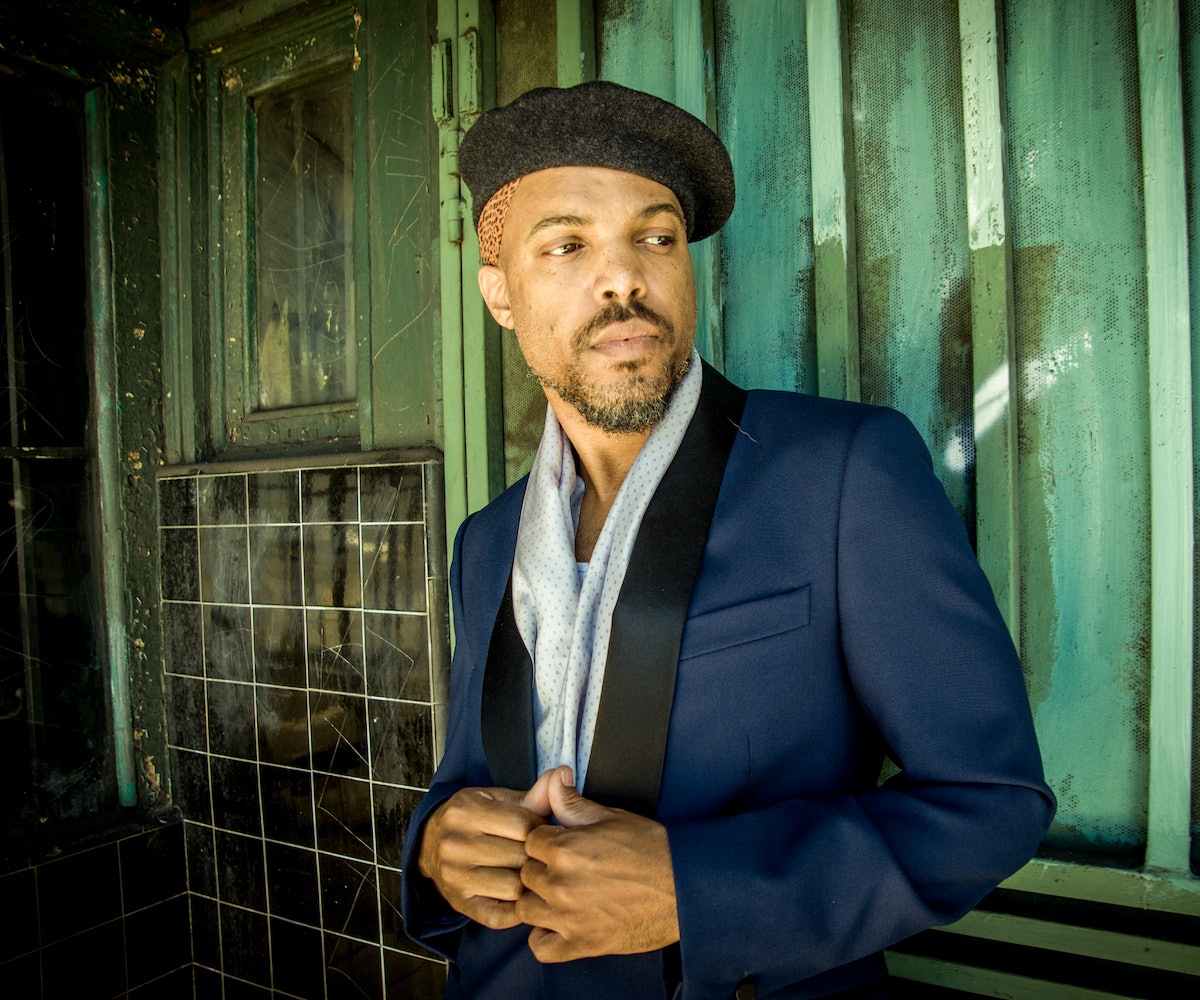 Grammy award-winning R&B artist Van Hunt may have just released his first album in four years, but that's not to say the singer isn't as committed to his craft as ever. The Fun Rises, The Fun Sets, Hunt's fifth studio album, shows his dedication to his personal style (hear his reference to American designer Halston in "Old Hat") and his perfectionism (he rewrote "Teach Me a New Language" three or four times). With varied interests, the artist is able to combine all his passions into one multifaceted, uncompromising creation.

Mixing funk with classic R&B to create a genre-bending album filled with both ballads and groovier tracks, Van Hunt has carefully manifactured his new music in a way that embraces change while staying true to his roots. Here, we spoke to him about work ethic, human awareness, and his favorite songs to jam out to in the car.

I occasionally fall short of my aesthetic...or, my artistic principles—but not for lack of trying. Still, here are a few:

*leave self-development open to ideas outside your own

*document new ideas as they arrive

It's not clear exactly how I became a recording artist. Looking back, there were moments where it was uncertain if I had to focus on artistry or fame in order to earn a living making records. In many ways I feel my career is just getting started; because now I understand when to do what I want to do—and when to do what I have to do.

I plan on detailing this very large cadre of ideas that I sleep with every night, and delivering them to the marketplace.

I am proud to know that a few people think of me as someone who has never compromised his artistic integrity.

I would say Liza Minnelli. I would ask her all kinds of questions about Halston and her father, Vincente Minnelli.

Boy, I would say Billie Holiday's "Lady In Satin," Sly Stone's "There's A Riot Goin' On" and any Thelonious Monk, Marzette Watts or Richard Pryor album.

I would say any period during the hunter-gatherer era; before humans built large societies and began gathering wealth and a false sense of security. I think hunter-gatherers were more aware of the harsh, fragile realities of nature, and were, therefore, less self-destructive and more disciplined.

Other than sex, I can't think of any activity that I don't enjoy more when I'm alone. Including talking.

The moments after I finish a song. I usually celebrate by standing in a warm shower, letting the water beat down on the back of my neck.

A less secure version of the person I am now. Silly, quiet, shy, easy-going, a naive know-it-all. A bundle of things, really.

I'm proud of how I parent my child.

Illogical fear? No, there is a logical reason behind all of my fear ;-)

The only new hobby I will have must remain a secret. But, I intimated its identity earlier in the Q &A.

If I follow the aesthetic we laid out in question 1, I think (and hope) I will become faster at translating the ideas from my sub-conscious state to my conscious state—before anxiety has a chance to taint them.

I think it was Fred Neil who said (while taking in a relaxing afternoon by watching dolphins), "The more we DO, makes something else DO; so, let's not be DOing too many things."