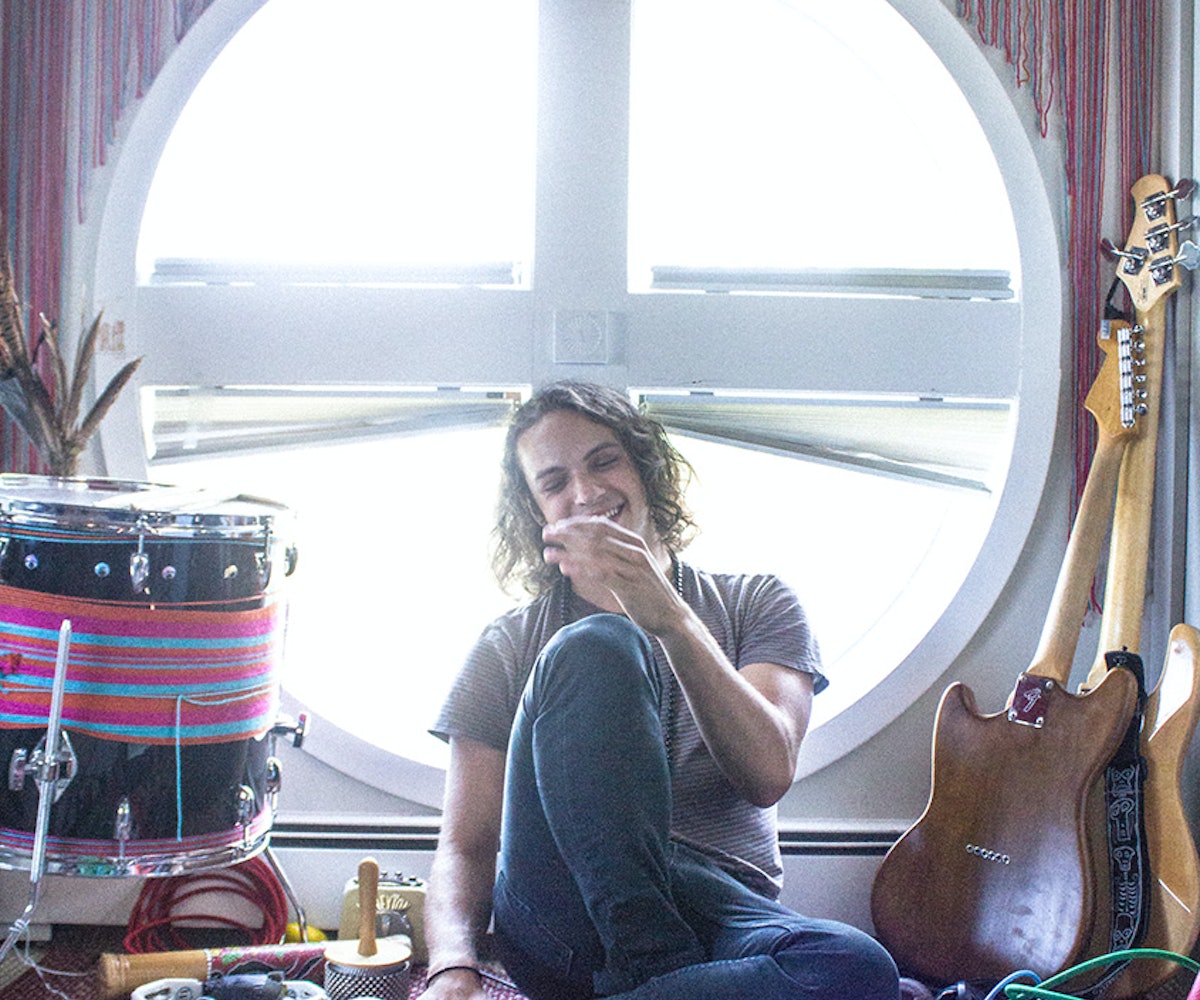 When Ryan Camenzuli, a.k.a. Zuli, was 17-years-old, his favorite band Akron/Family was playing at an 18+ show. In a story that sounds partly inspired by Almost Famous, he ran into Akron/Family's Miles Cooper Seaton outside of the venue. This chance interaction turned into a five-year-long mentorship of sorts, as the two engaged in late night conversations about experimental music and various recording techniques.

Now, after a number of different musical projects, Camenzuli is emerging as a solo artist with his first EP, Supernatural Voodoo. Self-described as "somewhere in the sweet spot between well-crafted and shitty lo-fi," the five-track compilation is vaguely reminiscent of a trippy, hallucinogen-fueled daydream and tinged with '70s influences and swaying summer campfire sessions. "I’ve always been really drawn to music with raw in your face energy as well as textured, intricate music that has the simplicity of pop," the 22-year-old says. "Two very different parallels, which at times can give me anxiety when I write."

Listen to the Supernatural Voodoo premiere below and then check out our interview with Zuli. Keep up with the project's happenings on Facebook.

Who are your musical influences?

At the moment, I’ve been listening to a lot of Fat White Family, Chance The Rapper, and Todd Terje.

It's kind of weird to consider this a "career” at this point in time. But I’ve been playing piano since I was an infant. Eventually convincing my dad to get me an electric guitar when I was 11. My mom was pissed when I got it, but she’s okay with it now. I took lessons for a while and eventually started a band in high school. I focused on writing, recording, and playing shows soon after, and I haven’t stopped since.

How has your music progressed through time?

I’ve gone through a lot of genre phases in terms of writing music. Starting at a young age with Classic Rock and Reggae and shifting more towards contemporary music in high school. My writing has always reflected the things that influence and excite me. Keeping an open mind has helped me grow and challenge myself.

Getting to travel as much as possible with friends. Experience some culture shock playing in a foreign country that doesn’t speak English but know the lyrics to my songs. I’d also like to collaborate with other artists/producers at some point, although that would be subject to who I meet and meld with down the road.

Reggie Watts would be great; I think we’d get along. Him or Dr. Seuss. Hopefully they both would know how to cook.

One of my main influences since high school has been Animal Collective. They’ve had a pretty amazing career, and in my opinion, they are the most unique band of the last 10 or so years. I also admire how they’ve used film and visuals to magnify their music, like with their visual album Oddsac. Film and production are other passions of mine that I would like to expand on in the coming years. I like to conceptualize my music videos with films that have inspired me.

If you had to live in a past time, when would it be?

It would be great to live through my childhood again. It was one of the last times in history where we still lived in an analog world. I’ll always embrace that.

I just want to keep learning. I’m pretty aware that I don’t know everything out there and would like to keep expanding my pallet. I think that’s the best way to keep things interesting. The more I learn, the more things will be fresh and things will grow naturally.

I read a quote somewhere recently that said “define your influences and push them to their logical extremes." I think that definitely fits into my creative philosophy. I know what I like and the direction I want to go in. The other beauty in this is that your influences will always change, so you might as well use your inspiration to the fullest of your abilities.