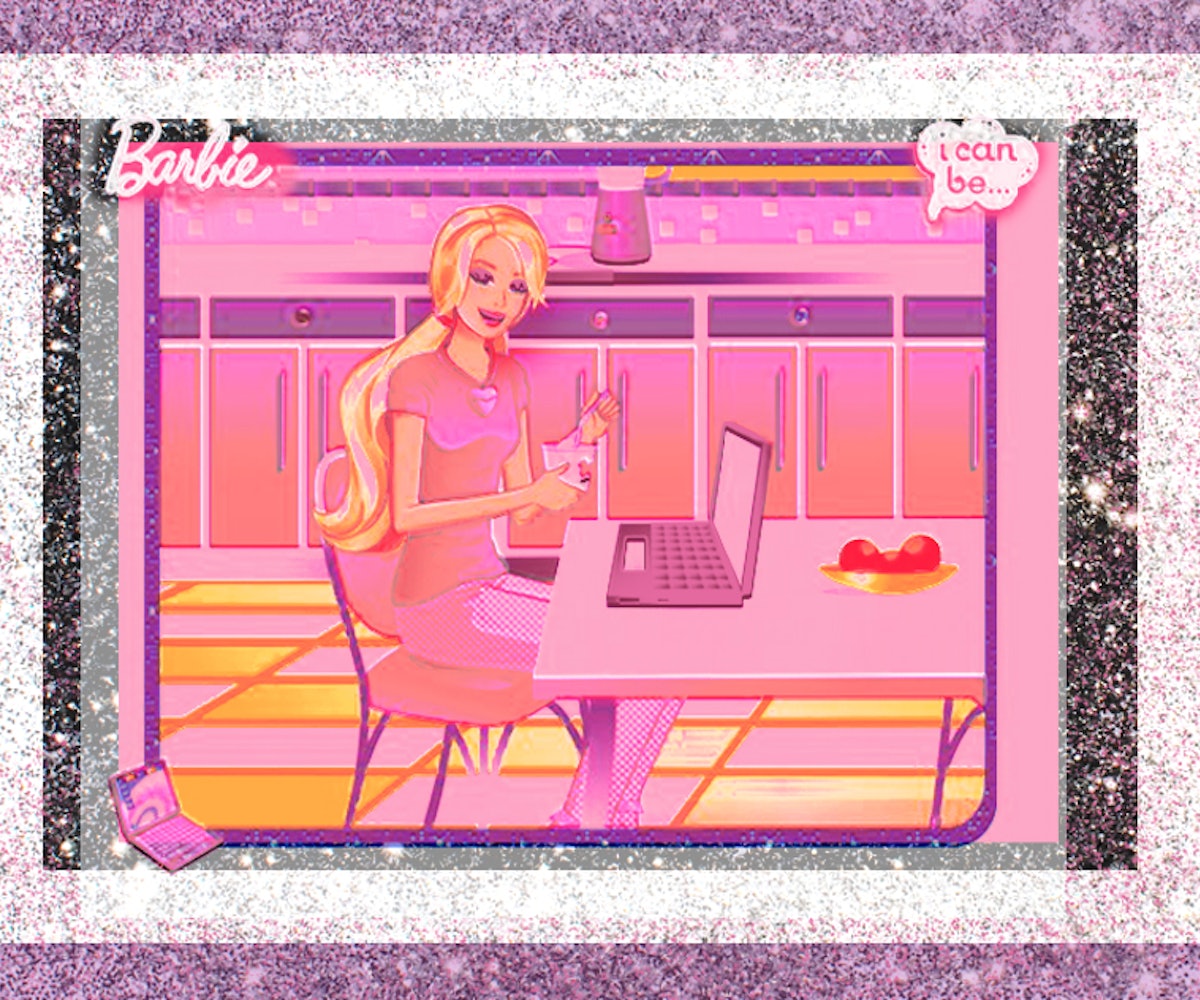 Probably ever since everyone's favorite doll (Barbie) first came out in 1959, the blonde bombshell has been criticized: for being completely disproportionate to real-life women, for not having an actual career (until about 1964 when Miss Astronaut Barbie was introduced), and for having a boyfriend, Ken, who (for some) acts as a symbol of male dominance.

So in a modern day world, five decades after Barbie first stole our hearts and became our beauty icon, it's way more accepted for girls to say "No" to Barbies and play with trucks instead. There have been tons of new toy designs featuring an androgynous color scheme and marketing campaigns encouraging girls to play with what was once seen as "boy's toys, like Goldie Blox (hardly ever do you see "girly" toys marketed to boys, but that's for another discussion).

What I am wondering is why kids can't have their cake and eat it to, too? Why can't they be the most popular girl in class and know how to fix things when they're broken? Lucky for us, Random House came out with a book entitled, Barbie: I Can Be A Computer Engineer, where a perfectly groomed Barbie learns how to fix computers (yay!). But, there's one small problem: she doesn't actually fix the computer herself, and instead, calls upon her male counterparts to help her. So just when we thought toy companies had bridged the gap between sexism in their products, we are let down.

It's times like this when parents, big sisters, and, really anyone with a sense of promoting the good humanity should step in to "save" women's rights, and it's sad but true that somebody's gotta do it (luckily these saviors don't have plastic pecs, a fake tan, or sun-bleached glued-on hair). Instead, that savior is Kathleen Tuite, a Santa Cruz-based "builder of systems involving collaborative creativity" according to her website. Tuite created a platform called Feminist Hacker Barbie, where anyone can go online and change the "Barbie" story. So instead of Steven and Brian saving the day (and a computer hard drive), Barbie, or your name can save it herself. The concept promotes both gender equality and creativity—something we wish Tuite could make for just about everything these days...Feminist Hacker Photoshop (where your computer blows up if you try airbrush a human face) anyone?! Just try to fix that, Steven and Brian.