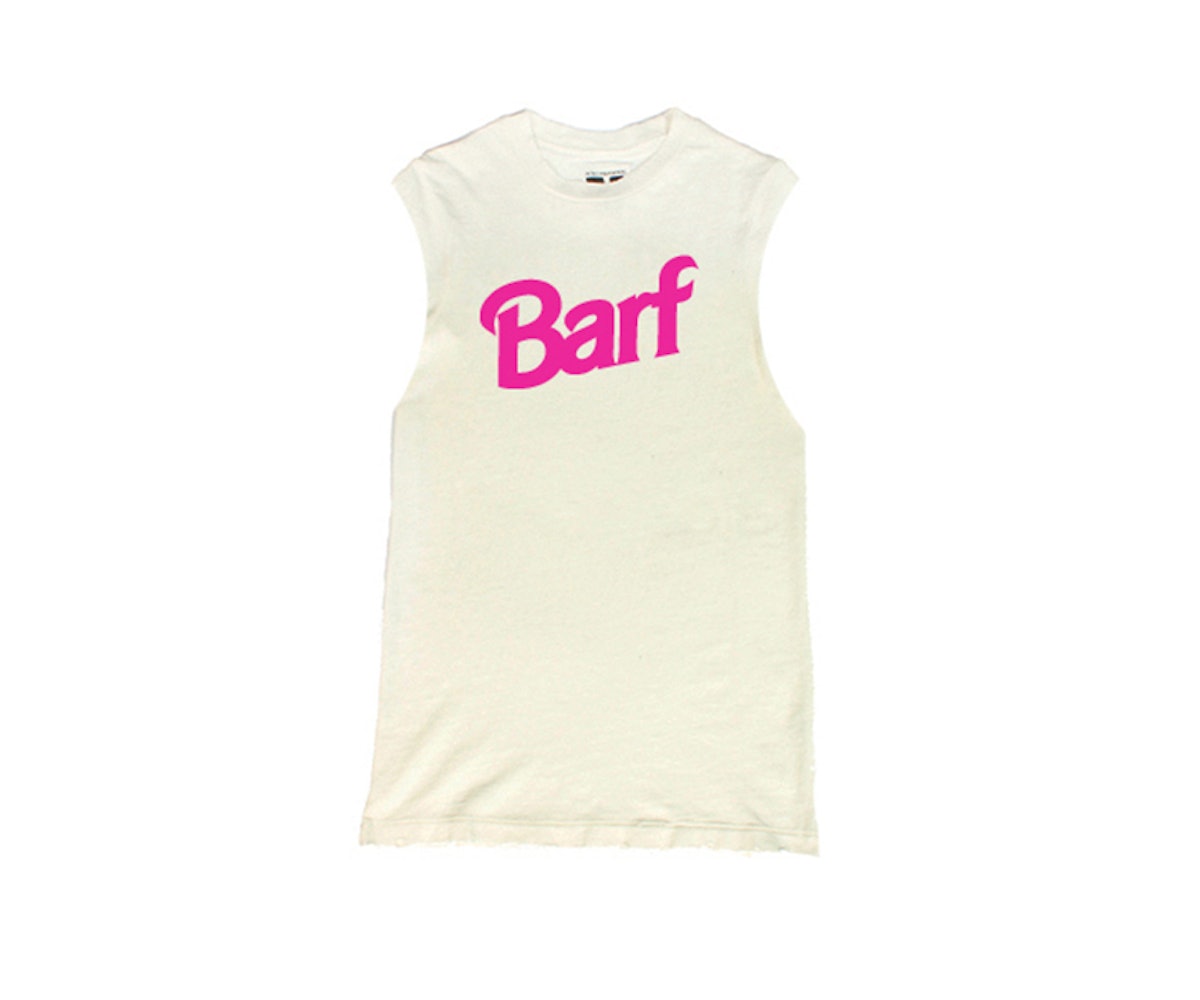 As someone raised by a feminist, educated in feminist theory, and generally surrounded by people (yes, guys can believe in equality for all, too) who would consider themselves feminists, it's safe to say that I have a pretty progressive view of gender. I firmly believe that the differences between men and women have less to do with biology and more to do with society and culture at large, with all of the things we come across the moment we exit the womb (from the ways people talk to little girls differently than little boys to advertisements on TV) shaping two very different, very separate spheres.

That said, I love Barbie. That's right, the doll who, for more than 50 years, has been pointed to as a symbol for all of the ways sexism is marketed at a young age, is my favorite.

I'm not sure what it first was about Barbie that made me fall hard, but it definitely wasn't her blonde hair, lacquered lips, and ridiculously proportioned body (AKA the traits pointed to when making the argument that Barbie presents an unrealistic ideal to young girls). Rather, I seemed drawn to her lifestyle as a California girl--in the late '80s and early '90s, Mattel really pushed hard the whole SoCal angle, which meant that my Barbie hung out at a surf shack, wore a pair of board shorts and a cropped tee, and even had her own Beach Boys-esque anthem that I would play nonstop on my record player (which was covered in the Barbie logo, natch).

What mattered to me wasn't the doll itself--over the years it morphed, from Barbie to Midge to Beauty and the Beast's Belle, and beyond--or how she looked, but rather the stories she allowed me to tell. Barbie was just a vehicle for me to express these stories in my head. When I was younger, it was always about Barbie and her crew (and almost always involved by sister being forced to "drive" them around in the Barbie-sized Jeep we shared). As I got older, it morphed to match my interests; when I became fascinated by Hollywood stars and award shows, I was suddenly dressing my dolls in clothes inspired by, say, Gwyneth Paltrow's Oscar gown. When I decided I wanted to be a politician when I grew up, suddenly Barbie relocated to Washington, D.C. and dressed in prim suits and talked bills on the steps of Congress (basically, my bed).

And you know what happened after all of those years of playing with Barbie? Nothing. That is to say, I grew up to be a committed feminist and activist who writes about sexism in, say, music, never dyed her hair blonde, and certainly doesn't have a Barbie body (but also definitely doesn't care). Yes, you can spend a good chunk of your life playing with--no, loving--the plastic doll, and still grow up to believe in equal wages, access to birth control and abortion, and the fact that you don't need to give up your career to have a family (or even that you need to have a family in the first place to have a fulfilling life).

That said, if you still don't believe me--or like to throw out the old OMG-I-hate-Barbies line as a way of covering up the fact that you never got rid of your doll collection and they're totally stashed under your bed (which was me up until, well, now)--you'll really love this Petals and Peacocks tank. Pick yours up here.