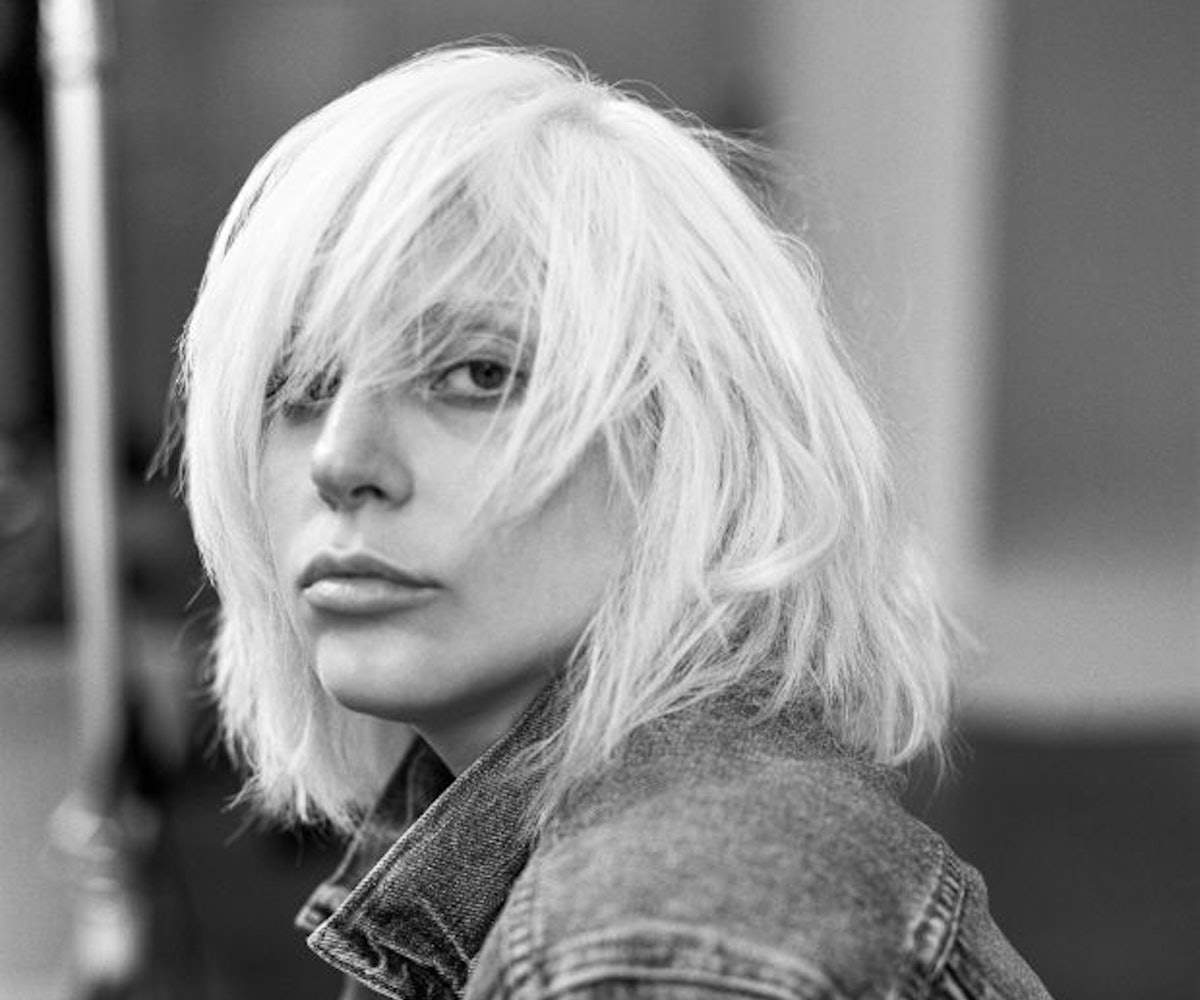 In honor of Barney’s new flagship opening in the Chelsea neighborhood of Manhattan, their new spring 2016 campaign is dedicated to New York City. Shot by the iconic Bruce Weber, the campaign is lovingly named “Our Town” and stars a number of native New Yorkers.

Lady Gaga’s stunning shot is what really caught our attention. Her platinum tresses are slightly tousled and she’s barely wearing any makeup—we’re loving it. Not to mention, her pout and denim jacket combo are giving us major Blondie vibes.

In addition to Gaga, the campaign features Yoko Ono, Helmut Lang, Patti Smith, Cyndi Lauper, and Ladyfag with young members of The Lesbian, Gay, Bisexual & Transgender Community Center, among a number of major Manhattan landmarks, such as Central Park and the famous Lower East Side sandwich stop, Katz’s Deli, as the backdrop. “As I now took photographs and films of my beloved city, I could still feel its embrace and a tear ran down my cheek for a love once lost and again found," Weber commented in the press release.

Click through the gallery to take a peek at some of our favorites from the campaign, and watch the campaign video below.